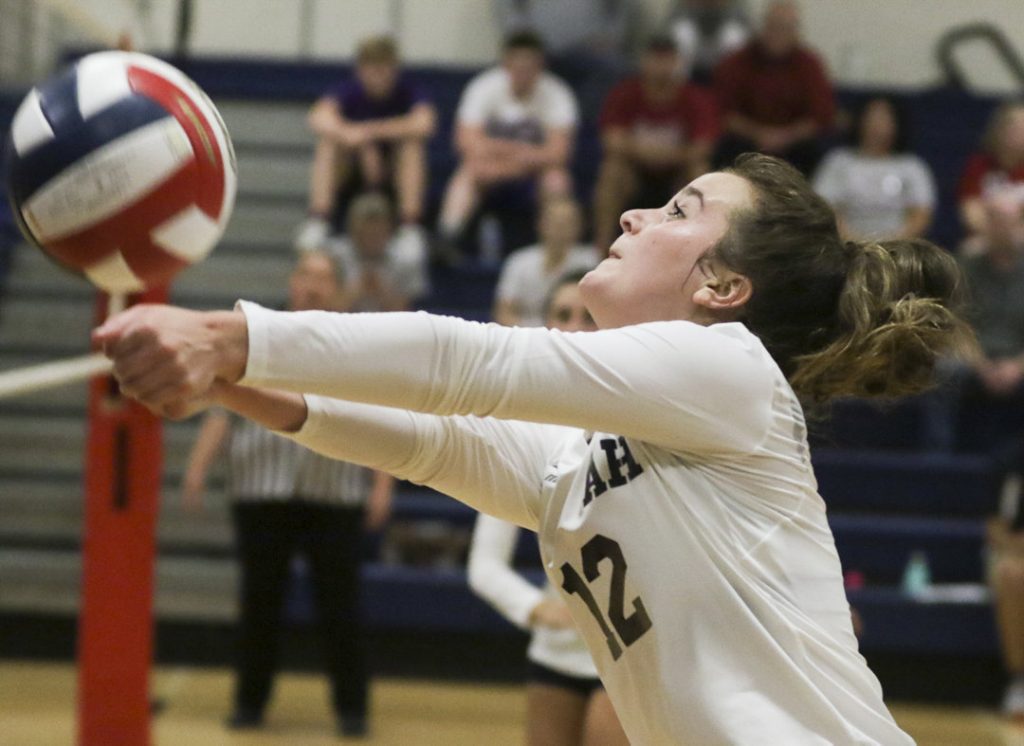 This is Week 2 ON THE BLOG as we take a closer look at the Lackawanna League and the Wyoming Valley Conference as teams head toward mid-season.

Western Wayne has already proven to be a strong team in the Lackawanna League and Delaware Valley is a strong contender in the WVC.

There is a lot of volleyball ahead of us and there are some very key matchups next week in the Lackawanna League. More on that later.

In the last week, Western Wayne has posted a pair of wins by scores of 3-0 to improve its record to 5-0 in the league.

What is interesting, however, for the Lady ‘Cats is, they played a nonconference match — which counts in the District 2 Class 3A power ratings — against Berwick on Monday and lost 3-0. That gives the team a lot to work toward moving forward.

In the Lackawanna League, Western Wayne has won all five matches by 3-0 scores. 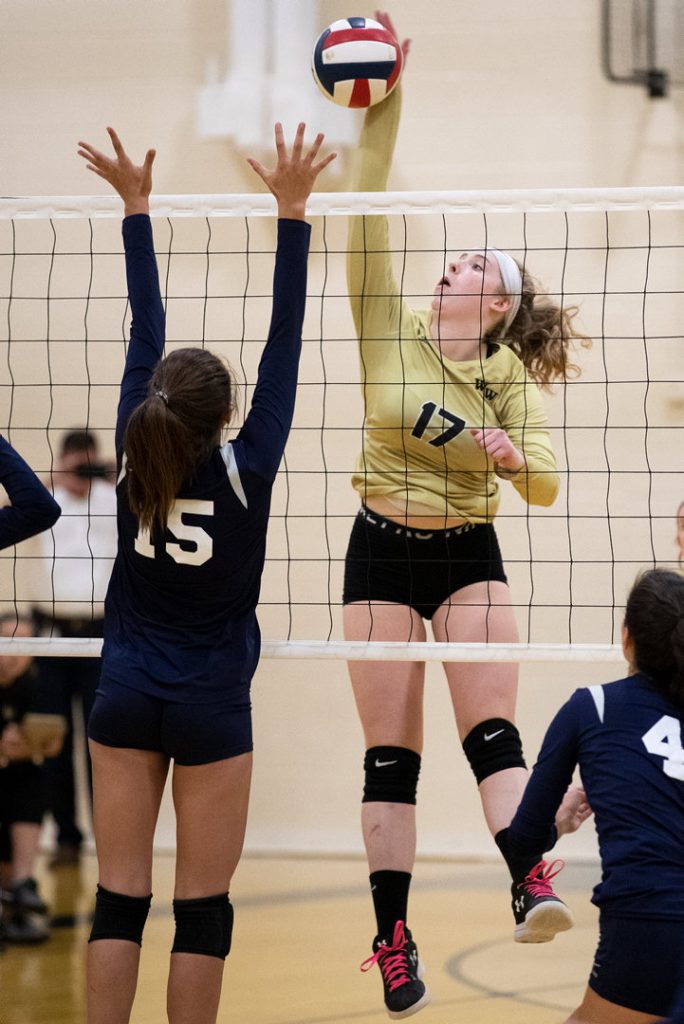 Western Wayne senior Rebecca Klemovitch, a returning All-Region player, has 534 kills for her career heading into next week’s scheduled matches.

This has been a dominant run of success for the Lady Raiders. They are the defending five-time District 2 Class 1A champion and are the overwhelming favorite to repeat, having already beaten Lackawanna Trail, Mountain View and Susquehanna. However, the rivalry with MMI Prep will continue.

Let’s not get ahead of ourselves however.

Like Western Wayne, the Lady Raiders are also led by a big hitter. 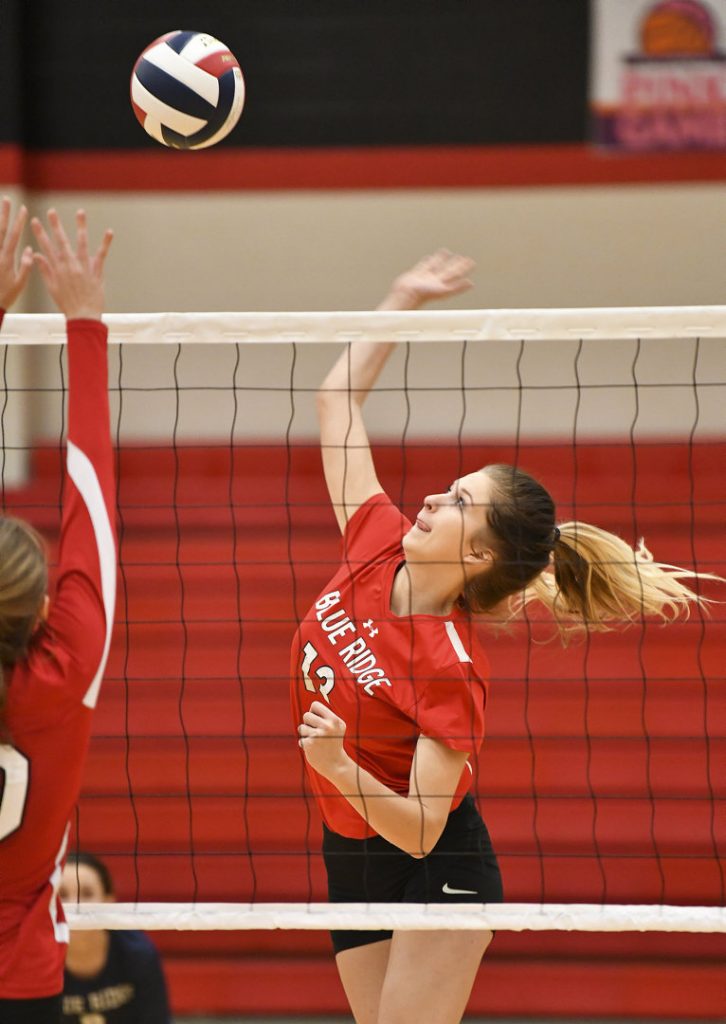 Blue Ridge junior Hunter Heeman, a returning All-Region player, has 289 kills for her career heading into next week’s scheduled matches.

MATCH OF THE WEEK

That gives you a little indication of where the season, and next week in particular, is heading.

The two leaders in the Lackawanna League are set to battle for the first of their two regular-season matchups to start next week.

Abington Heights got itself into the championship race with an important victory over Dunmore on Thursday night.

It was only the second win for the Lady Comets over Dunmore in the last 13 matches between the two. And now — despite its losses to Blue Ridge and Western Wayne — Abington Heights can be considered a contender when the schedule flips to the second half.

The two rematches with Blue Ridge and Western Wayne will be on the road, however, for the Lady Comets.

Tawni Coronel had 18 digs and nine points and Adele Hollander had 11 points, 12 digs and seven kills to lead Abington Heights to a 3-0 win over Dunmore in a Lackawanna League girls volleyball match Thursday.
Gianna Toth had 18 assists and six points for the Lady Comets.
Madison Cruser had five kills for Dunmore, Jordan Marichak had 10 points and five aces, Jenna Cruser had eight assists and Katherine Hopkins had 11 points and five digs. 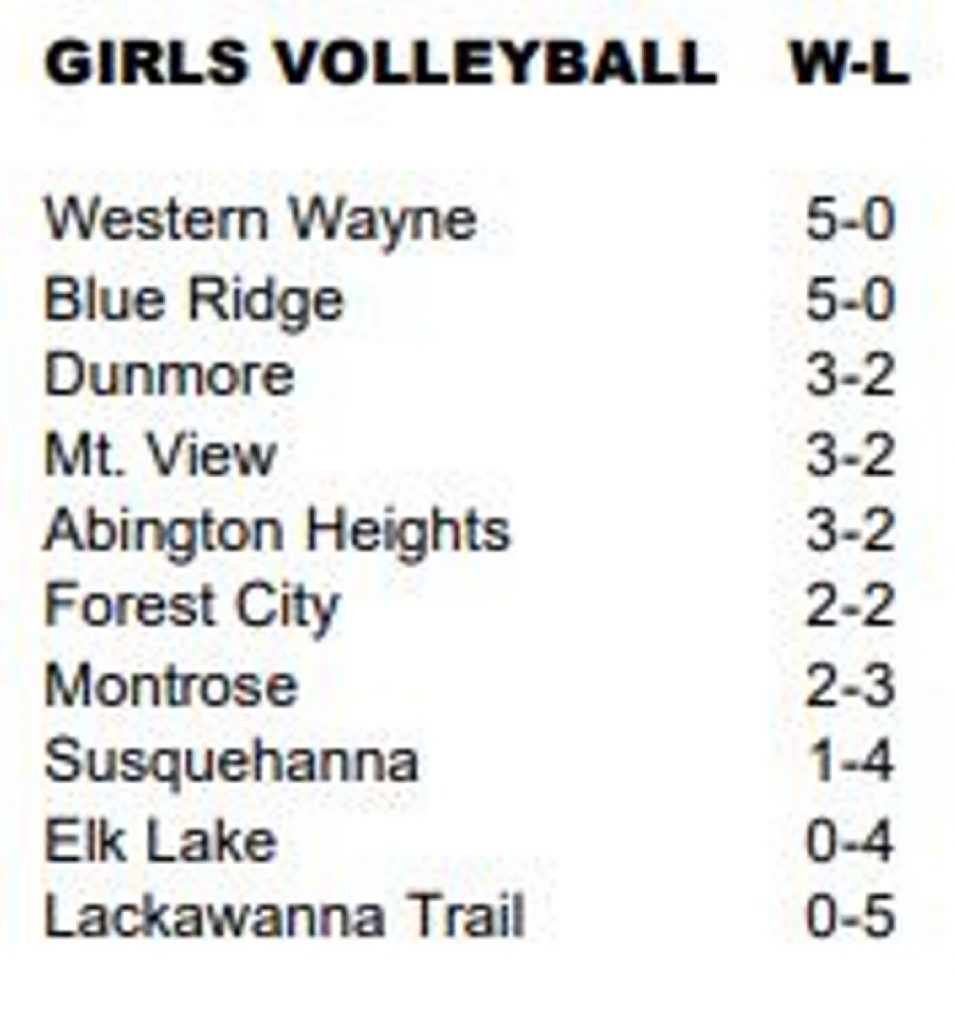 Delaware Valley has a talented team and is on quite a roll. The Lady Warriors are 4-0 with wins already this season over Hazleton Area and Wilkes-Barre Area that give a strong indication that they are going to repeat as District 2 Class 4A champion.

The Lady Warriors have won nine district championships in a row. 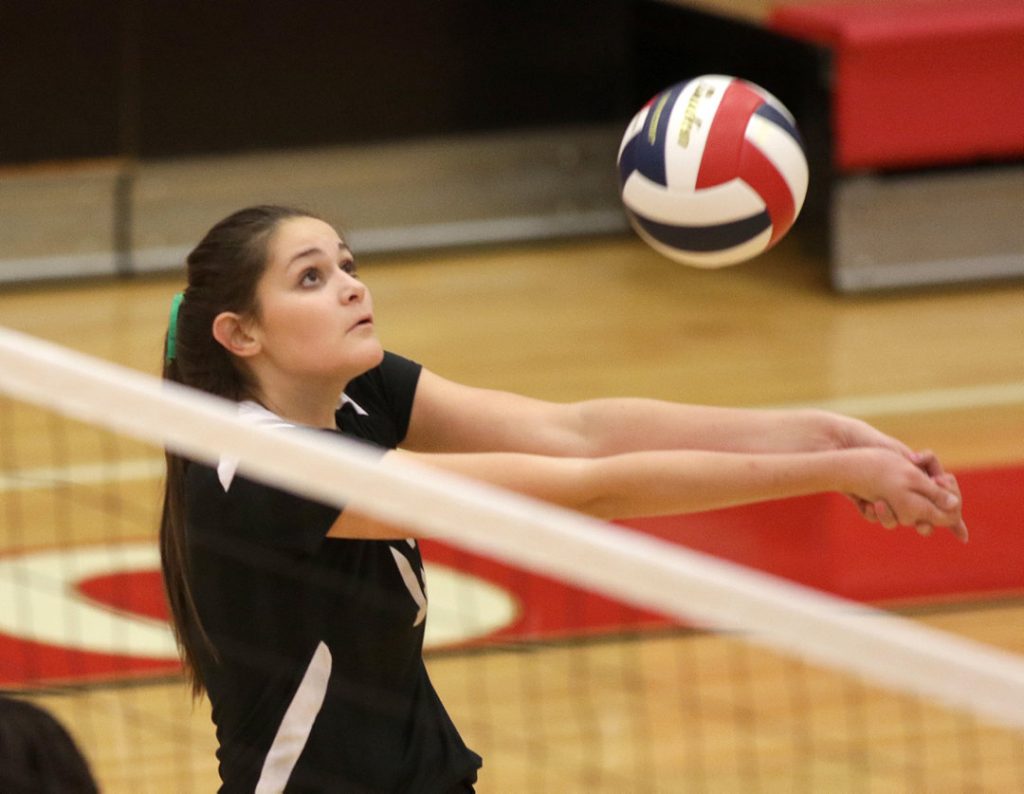 Delaware Valley senior Emily Anderson, a returning All-Region player, has 228 kills in her career and has 37 this season. 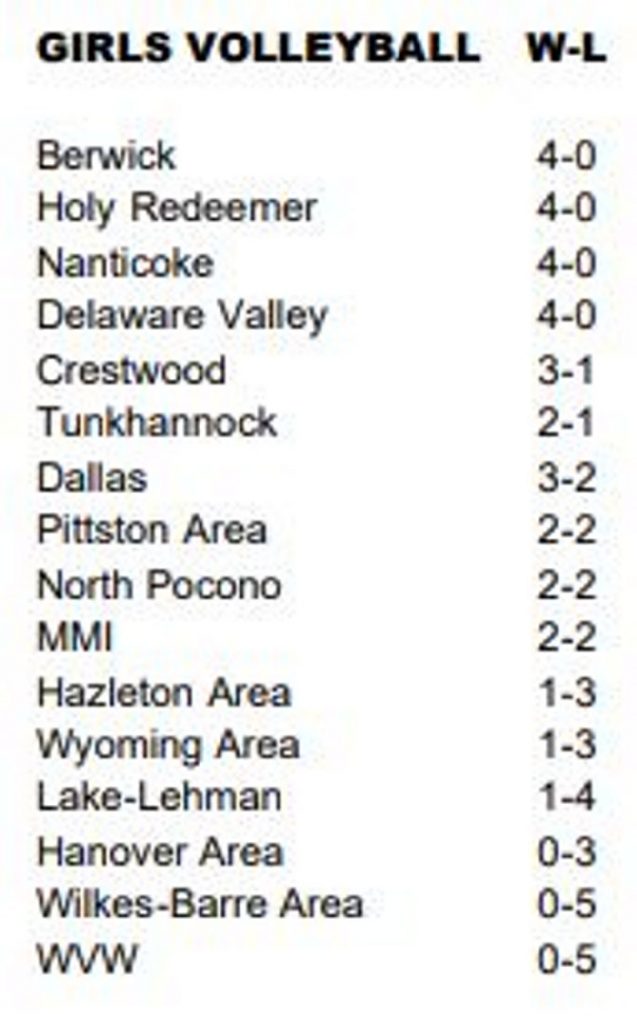 This is the second poll of the 2019 season. There is a bit of a shakeup. Delaware Valley, which finished last season as the No. 1 team, continues to hold that position. Western Wayne and Blue Ridge are locked in at the second and third positions. Abington Heights climbs all the way to No. 4 and Dunmore holds on at No. 5. 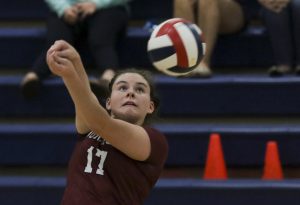