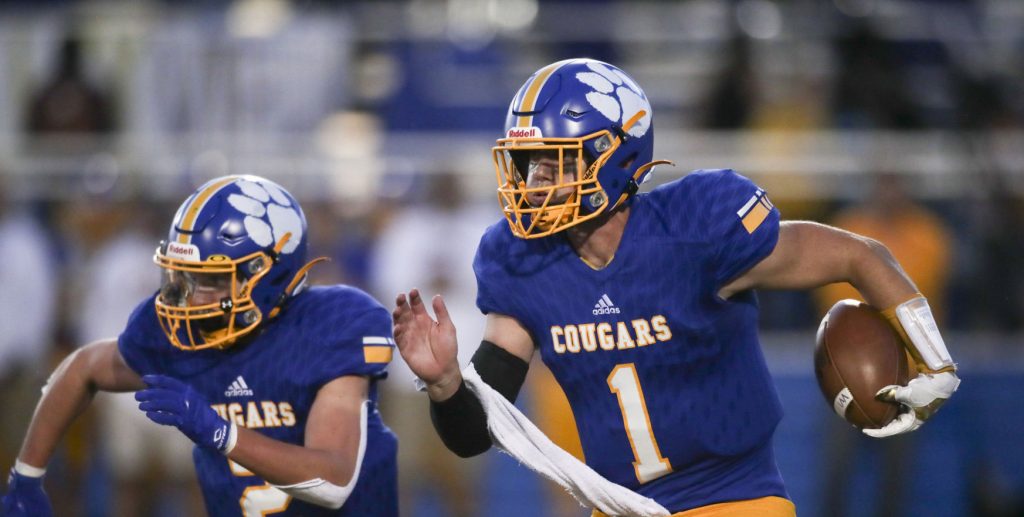 Valley View football player Adam Howanitz ran for 150 yards and a touchdown on 13 carries and was 9 for 12 for 121 yards and two touchdowns passing in a 45-6 victory over Abington Heights on Friday night. Here’s more from his Athlete of the Week interview:

So your dad is your coach, correct? Yes.

Who are your other family members? I have a brother, Dylan. Who’s older. I have a younger sister, Addison, and then my mom, Eileen.

Are there any athletes that you admire in particular? I’m a big Tom Brady guy and a big Travis Kelce guy.

Why those two? I’m a big Boston sports guy. So obviously Brady being in New England for as long as he was, I kind of loved watching him play all the time. And also I love the competitive edge that he brings to games. And then with Travis Kelce, not only is he a phenomenal tight end, but I also love the fact that when you watch him play, it looks like he’s having a great time playing. It looks like he wants to win. It sounds just like a business trip for him. It seems like it’s really something that you really love doing. 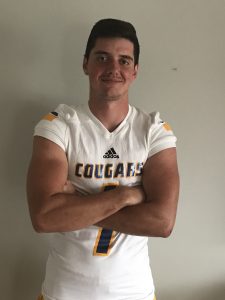 Are those characteristics that you admire — like with Brady — how much he loves to win? Yeah. I love that competitive edge — doing what you gotta do to win. And then, like I said, from the Travis Kelce point of view, football is a fun sport. It’s meant to be a fun sport. He plays it like he loves playing it. So I think that’s the way you gotta do it.

Do you have any superstitions or rituals that you do before a game? I always have some sort of red on me, whether it’s a red wristband, you know, anything red that I can get on my body at any given point. I always have red on.

Is there a reason for that or you’re just doing that? I don’t know. My father is a big Italian, so we believe in the whole idea of red and warding off the evil spirit.

So you mentioned Brady and Kelce were two athletes that you admire. If you could invite three people to have dinner with you, who would they be? Oh, I definitely have Brady. I’d probably throw Michael Jordan in there, basketball guy. And then my third one has to be probably Big Papi, David Ortiz, because I’m a big Red Sox fan.

So you play football, basketball, and anything else? I’m planning on running track and field, but yeah, we’ll see how that goes.

Do you know what event you might do? I don’t know yet. I’m hoping on sprints. It’s really going to be wherever the coaches need me.

Do you have a fantasy football team this year? Oh, yes, I do. Yeah.

How’s it going? Uh, all right. I’m winning, I’m winning so far, but there’s still a couple of days left, but I think I’ll be in a good spot.

Brady on your team? I do not. I do not have Brady, I got Baker Mayfield.

Do you have any music that’s your favorite to listen to? Yeah, I’m a big R&B and rap guy.

Anybody in particular? I’m a big Eminem and Travis Scott guy.

So do you have any post-college plans right now? The only thing is I know I definitely want to play football. I’m not sure what I want to major in or anything like that, but you know, football is definitely in the plan.

So your favorite NFL team, I assume is the Patriots? I am a Washington Football Team fan.

Really? But they never make the playoffs, so I have to root for Brady.

It seems like you guys have been playing really well. You’re 3-0 now, how do you think that this team is different from other teams that you played for in the past? I feel like, especially this year and last year, we have a lot of guys that, last year it was kind of their first year playing, whether they were juniors, or sophomores becoming juniors, or they were just up and coming freshmen to sophomores. So having those couple of games last year I think really benefited us because this year we have a ton of guys back on offense and on defense. So, in terms of just pure experience, I think we’re a lot better in that department. You know, we really buckled down. Bobby Aiello, our weight training guy, has been unbelievable. So we really buckled down in the weight room in terms of lifting and getting our speed up.

So your rushing game has been really great this season, but you were still very confident in your passing game. You still wanted to get that going. So how confident are you in your receivers? Well, I’m super confident in my receivers, they’re all guys I had last year. So, obviously with the COVID year, I think we only played five games, but it’s the same crew I had last year, Sean Mackinder, Colin Skeen, Anthony Memo and then we added Taheed Jewell and he’s doing really well. So having receivers that I know I have chemistry with, and then obviously we put in a lot of work in the offseason that just, it makes my life so much easier and makes me a lot more confident, to know I’m throwing to the right guys.

So in this most recent game, there was a big play right before halftime, big interception return. Then you scored to go into halftime — big momentum shift there. So what did it mean to your team to go into halftime with that big play? When you can go into a halftime up, I think it put us up 21, instead of 14, it gives you a much bigger confidence boost. Andy Heid had a great interception on the play and had a great run back. So, I only had a couple yards to get in. So it made my life easier. We do a great job, in terms of practice, Coach (Christian) Reese, who’s our scout team guide, does a great job showing us what teams are doing. Kind of had an idea of what they might’ve run in a play like that. So Andy Heid made a great pick and had a great return.

Seems like you have a very complete team this year. What do you think your goals are for the rest of the season? Well, obviously big picture, you want to win that district championship. I mean, that’s really the main goal, but we like to take one week at a time and try to win the week. Right now we see our record as 0-0. You’re trying to be 1-0, come Saturday.

How about your individual goals? I’m not a huge individual stat guy, like I said, I’d like to win a district (title). I think that’s really my main goal right now.

Do you have any other hobbies outside of football, basketball and track? I like hanging out with friends. There’s a lot of guys that I’ve been friends with my whole life on the football team, so we all like to hang out. I’m a big video game guy. I like to play Madden, NBA 2K and UFC.