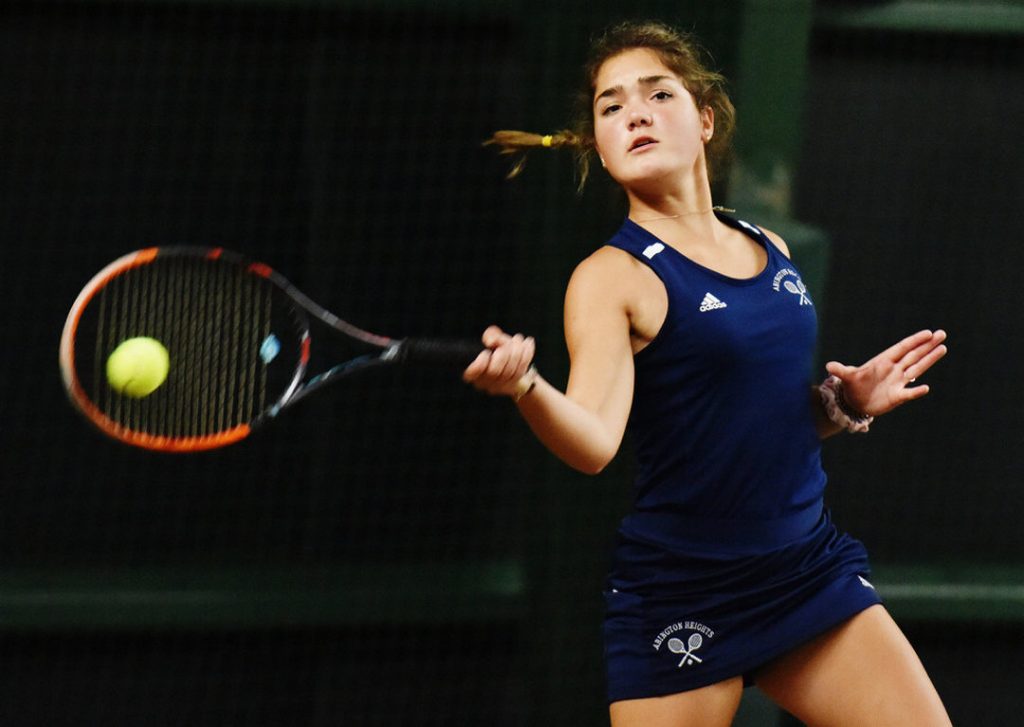 The high school tennis season got off to a flying start and for the first time in a long while, there is some intrigue in the Lackawanna League.

Riverside has some of the top individual talent, while Scranton Prep and Abington Heights both return deep and strong lineups. There are some target dates for the regular season.

That leads us into the first ON THE BLOG Top 5 poll of the season.

Based on the strength of its starting three, Riverside gained the slight edge at No. 1. Riverside has bolted out to a 3-0 record. The Lady Vikes were tested by a very talented North Pocono group that is at No. 4. Abington Heights is a very close No. 2 and has a very strong lineup that includes a pair of returning All-Region players.. Scranton Prep is at No. 3, but there are still some unknowns about how strong this lineup will eventually be after the newcomers gain experience. Holy Cross comes in at No. 5.

This year, there is a clear No. 1 and then we get into a list of state ranked players. Riverside’s Karissa Ghigiarelli is 3-0 and has dominated the Lackawanna League and District 2 competition in her career. Abington Heights’ Bella Peters is ranked No. 2 because she plays at No. 1 singles. She is committed to Lehigh University. Ghigiarelli’s teammate Madeline De Faber-Shumacher is ranked third and is ranked No. 9 in the state by tennisrecruiting.net. She is an NCAA Division I commit who chose Siena College.

First Round on Friday, October 8th (if necessary – only if more than 8 qualify)