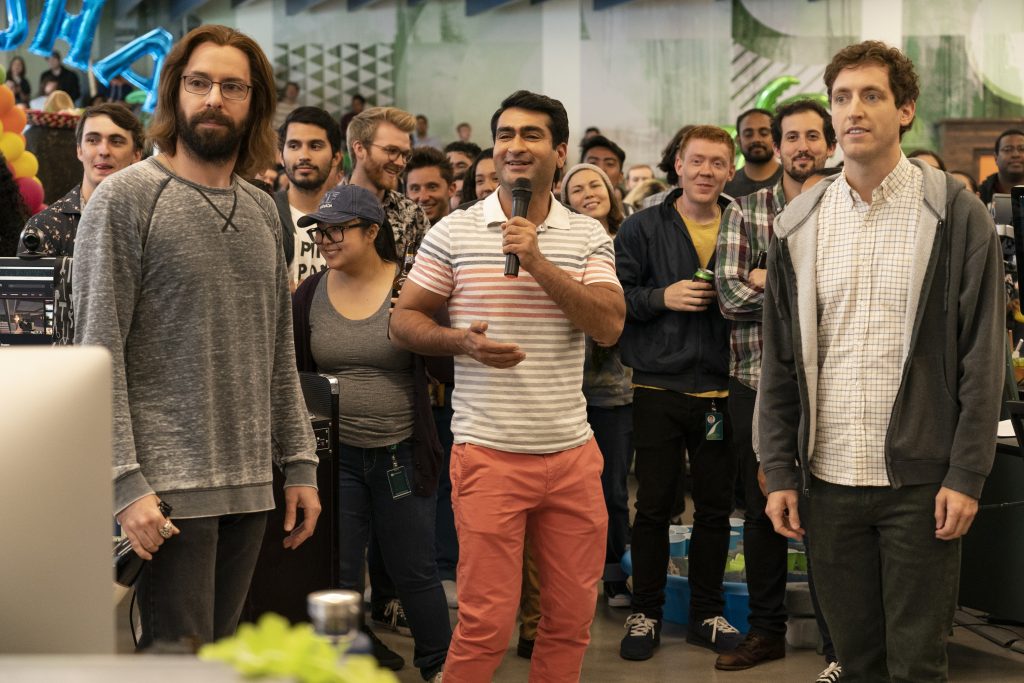 “Silicon Valley” — The sixth — and sadly, final — season of the tech-centric comedy gets off to a hilarious start as an ultra-jittery Richard Hendricks (Thomas Middleditch) finds himself testifying before Congress about the security of user data. Can he hold himself together long enough to make his case for “a new, democratic, decentralized internet”? On another front, megalomaniac tech titan Gavin Belson (Matt Ross) is in desperation mode as his company, Hooli, is about to be swallowed up by Amazon. (10 p.m. Sunday, HBO).

SUNDAY: “Princess Diana’s ‘Wicked’ Stepmother” is a spicy documentary that delves into the volatile relationship between Diana and her stepmother, British socialite Raine Spencer. The two women clashed early on before reconciling in the early ’90s, after Diana split from Charles. (8 p.m., Smithsonian Channel).

MONDAY: They’re ready to rumble on “The Voice” as the Knockout Rounds get under way. Pop icon Taylor Swift will serve as a Mega Mentor, whatever that means. (8 p.m., NBC).

TUESDAY: On “Mixed-ish,” the popular girls at school ask Rainbow to join their group Halloween costume as Tootie from “The Facts of Life.” She thinks this is finally her chance to fit in, but Denise views the situation differently. (9 p.m., ABC).

WEDNESDAY: It’s the final season of “Modern Family” and tonight’s episode is called “The Last Halloween.” Phil is determined to finally scare Claire on the big night. Meanwhile, Mitch and Cam head to the WeHo Halloween Carnival after Lily decides to go to her first Halloween party alone. (9 p.m., ABC).

THURSDAY: On “Superstore,” Amy revs up the store’s Halloween spirit to impress the new district manager — even setting up a haunted house that Glenn is terrified to enter. Meanwhile, Cheyenne and Mateo wonder if any of the Cloud 9 employees are capable of murder. (8 p.m., NBC).

FRIDAY: Kerry Washington (“Scandal”) heads the cast of “American Son.” Adapted from the Broadway play, it’s the story about the mother of a missing teenage boy as she struggles to put the pieces together in a South Florida police station. Steven Pasquale, Jeremy Jordan and Eugene Lee also star. (Netflix).

FRIDAY: John Krasinski is back as the title character in “Tom Clancy’s Jack Ryan.” Season 2 has the super-smart CIA agent tracking a suspicious shipment of illegal arms in the Venezuelan jungle. We smell a global conspiracy in the making. (Amazon Prime).

SATURDAY: We can’t stop the deluge of way-too-early, Christmas-themed TV movies, so we’ll just relax and try to go with it. Tonight’s offerings include “Merry and Bright,” which should give us all the “feels.” Jodie Sweetin and Andrew Walker star. (8 p.m., Hallmark).