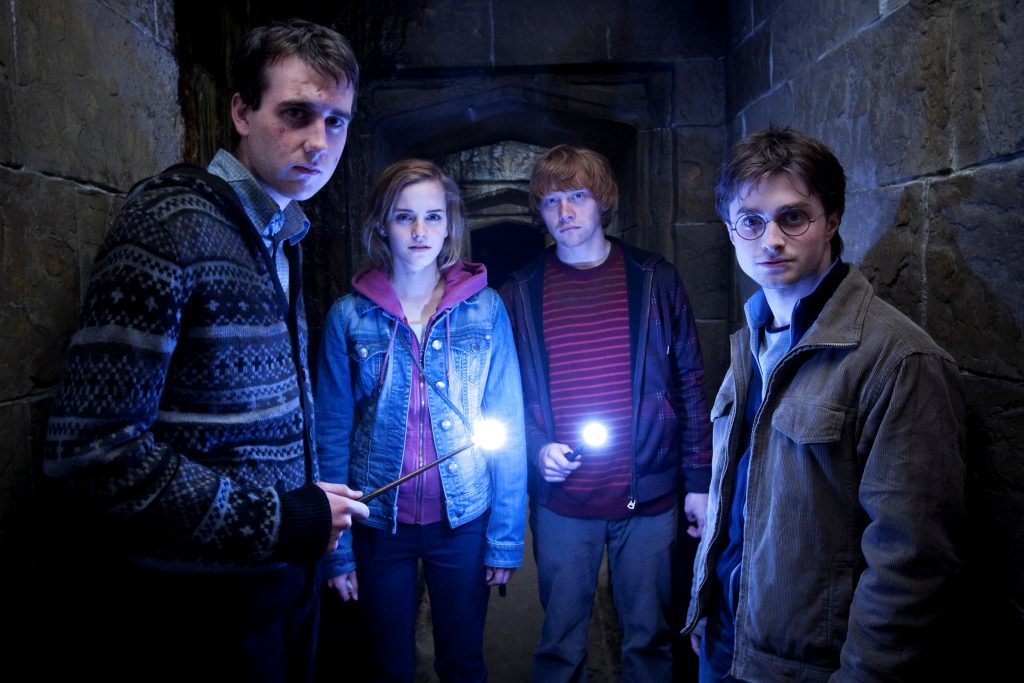 The Boy Who Lived lives on more than two decades after his magical debut.

This year marks 20 years since the film adaptation of “Harry Potter and the Sorcerer’s Stone” hit theaters, and in 2022, fans of the series will get to celebrate 25 years since the first book debuted. More than 500 million copies of the J.K. Rowling novels have been sold, eight movies have been made, theme parks have been built, and stage plays have been mounted.

Starting this weekend with commemorations of Harry’s birthday on Saturday, July 31, special Potter-themed activities and events will take place both locally and elsewhere, including some within a quick drive of Northeast Pennsylvania. Here’s a look at what to expect.

Libraries have always been a hub of Potter fun, and two local branches are getting in on the action this week.

Valley Community Library, 739 River St., Peckville, will offer a “potion-making craft” on Saturday from noon to 2 p.m. The craft is open to all ages, although younger children will need an adult to help them. The craft is available on a first-come, first-served basis since supplies are limited. Email kwallo@albright.org for details.

Staying in the fantasy vein, the library also is holding a youth art contest through Friday, July 30. Participants can draw or paint whatever fantasy animal their imaginations can come up with, and the library will then share the work in a virtual art show on its Facebook page from Monday, Aug. 2, through Friday, Aug. 6.

The contest has three age categories: 6 to 11, 12 to 15 and 16 to 18. Artists should email submission to lkluesner@albright.org. Winners will be announced Monday, Aug. 9.

Next month, the first Potter film will head back to the big screen when Marywood University’s Alumni Office shows it Wednesday, Aug. 18, at 9 p.m. at Circle Drive-in, 1911 Scranton-Carbondale Highway, Dickson City. Admission costs $8 for adults and $5 for children 12 and younger, with proceeds benefiting the Marywood Alumni Lackawanna County Scholarship. Guests also can purchase tickets for a chance to win a Potter-themed basket that includes gift certificates to Hank’s Hoagies; a Potter movie, joke book and jigsaw puzzle; popcorn; school supplies; candy; and more. 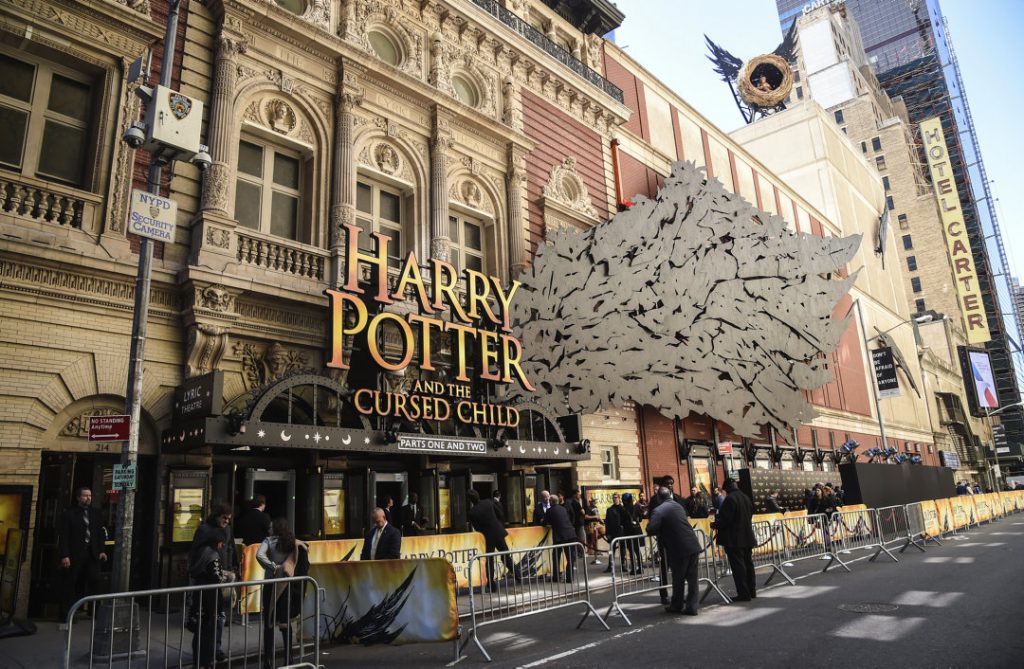 EVAN AGOSTINI / INVISION / ASSOCIATED PRESS
A sign for “Harry Potter and the Cursed Child” is displayed at the Broadway opening at the Lyric Theatre on Sunday, April 22, 2018, in New York.

If you didn’t get to catch “Harry Potter and the Cursed Child” on Broadway before the pandemic shut down theaters, you’ll soon have another chance.

The world’s most award-winning play — based on a new Potter story — made history as the most expensive Broadway nonmusical play ever when it debuted in 2018 as an epic two-part event (consisting of two, nearly three-hour shows). Now, the play has been restaged as a one-show theatrical event scheduled to make its world premiere at the Lyric Theater in New York City on Tuesday, Nov. 16.

Still taking place 19 years after Harry, Ron and Hermione saved the wizarding world, the show’s co-creators, Jack Thorne and John Tiffany, said they worked hard on the new version throughout lockdown and described it as “a joyous process of rediscovery.” The time offstage, they added, “has given us a unique opportunity to look at the play with fresh eyes.”

The play also is scheduled to be performed at the Curran in San Francisco starting Jan. 11, with the Canadian premiere in Toronto beginning performances in May at the Ed Mirvish Theatre.

Augment your trip to the city with a visit to Harry Potter New York, the first official Potter store, located by the Flatiron Building at 935 Broadway. The three-story flagship store offers the biggest collection of Potter and “Fantastic Beasts” products in the world. 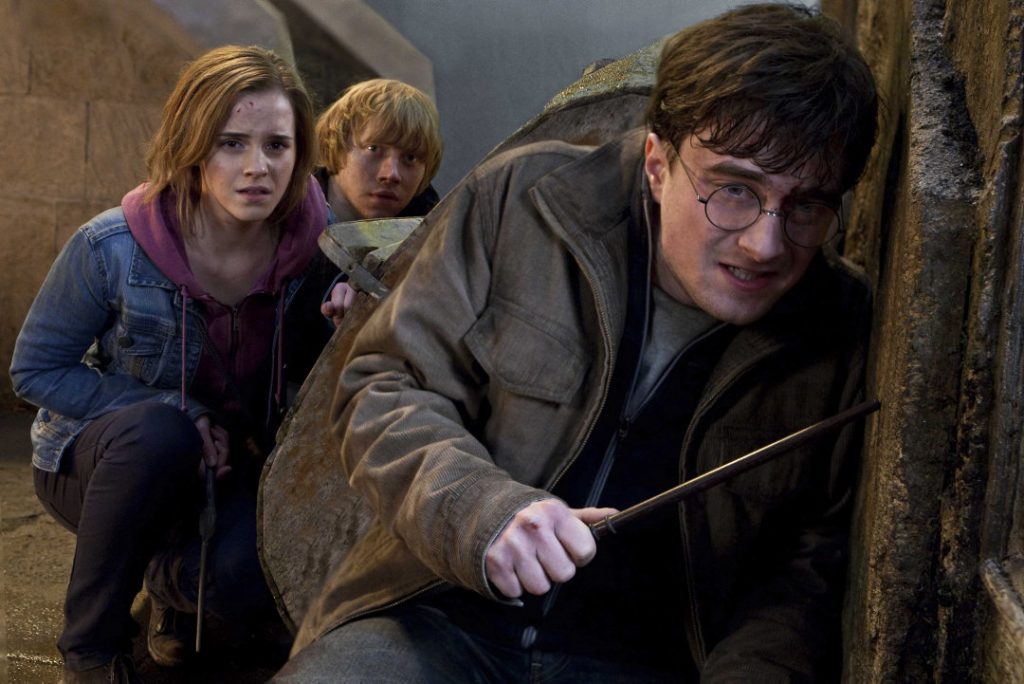 A full-blown Potter exhibition will have its world premiere at the Franklin Institute in Philadelphia early next year, officials announced this month. Exact dates have not been set.

“This exhibition will be unlike any other,” said Peter van Roden, senior vice president of Warner Bros., distributor of the Potter movies. “The inclusion of technology, attention to detail and integration of magical touches created by our partners at Imagine Exhibitions is truly unique.”

Larry Dubinski, president and chief executive of the institute, said he was excited by the prospect of filling the museum with lots of high-tech wizardry stuff, movie props, costumes, immersive environments and a magical beast or two. 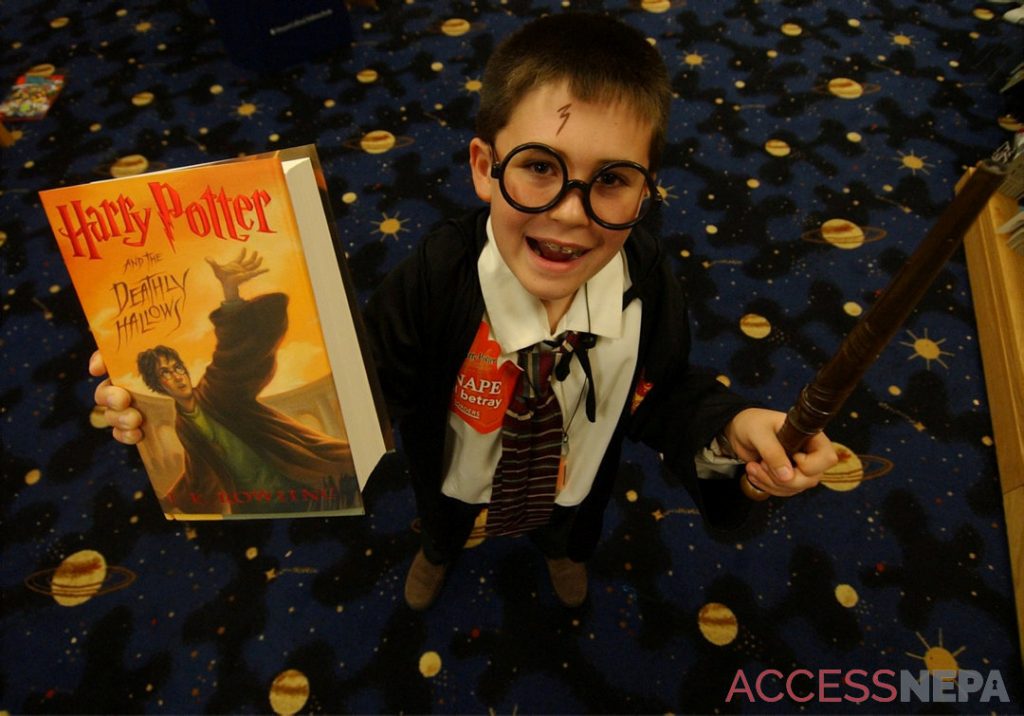 ACCESS NEPA FILE
Brayden Hanna of Moscow picks up a copy  of “Harry Potter and the Deathly Hollows” after its release in July 2007,  at Borders in Dickson City.

Harry’s cupboard under the stairs is a major centerpiece of the huge Warner Bros. studio lot expansion in Southern California.

The tour now welcomes families with children 5 and older, and guests will have opportunities for photos inside Harry’s cupboard at 4 Privet Drive and understand the art of making potions on the re-created sets of “Harry Potter” and “Fantastic Beasts.”

Guests can sit underneath the Sorting Hat, which determines one’s Hogwarts house. And class is in session to learn about the unique creatures at Newt Scamander’s Shed of Magical Creatures.

“You get to experience the action, the magic and fun, and the props and costumes and the re-created sets,” said Bonnie Wright, who played Ginny Weasley in the Potter films. 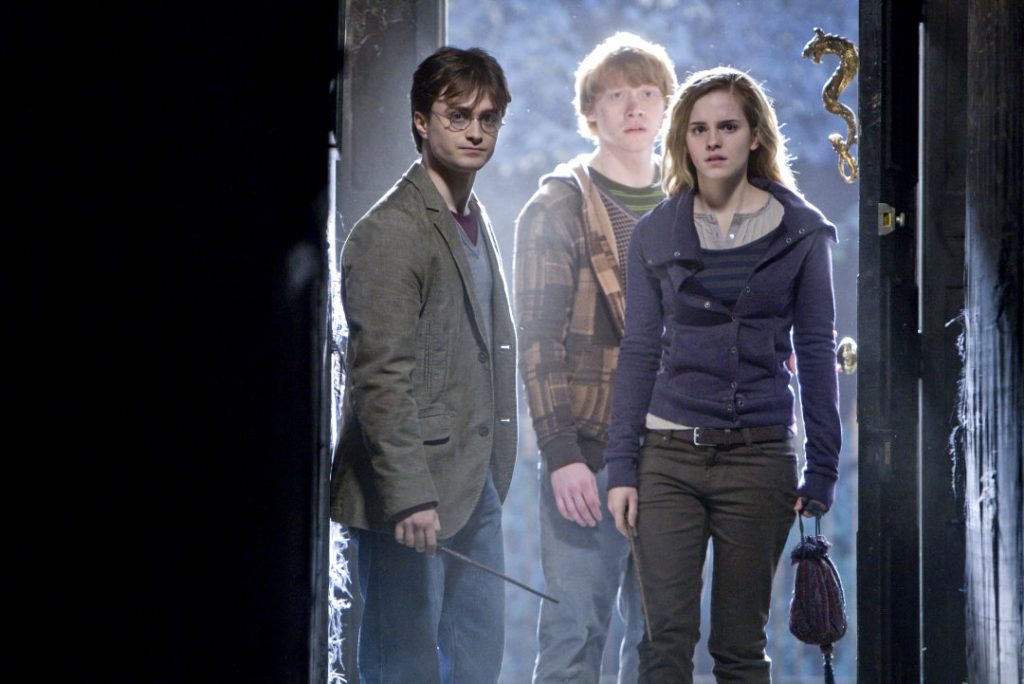 Fans also can enjoy all things Potter at the Wizarding World of Harry Potter theme parks, located at Universal Orlando in Florida and Universal Studios Hollywood in California. The park features numerous rides, shops and eateries based on the books and films.

Each park has different attractions and rides, although visitors will find Harry Potter and the Forbidden Journey at both. Visitors swoop through the forest, quidditch pitch and outer realms of the Hogwarts castle on a “flying bench.” You’ll see a dragon, dementors, spitting spiders — and of course, the characters of Harry, Ron, Hermione and Hagrid. Even small children will enjoy this ride.

Visitors also can shop at stores featured in the books, such as Ollivanders wand shop and Honeydukes’ candy store.