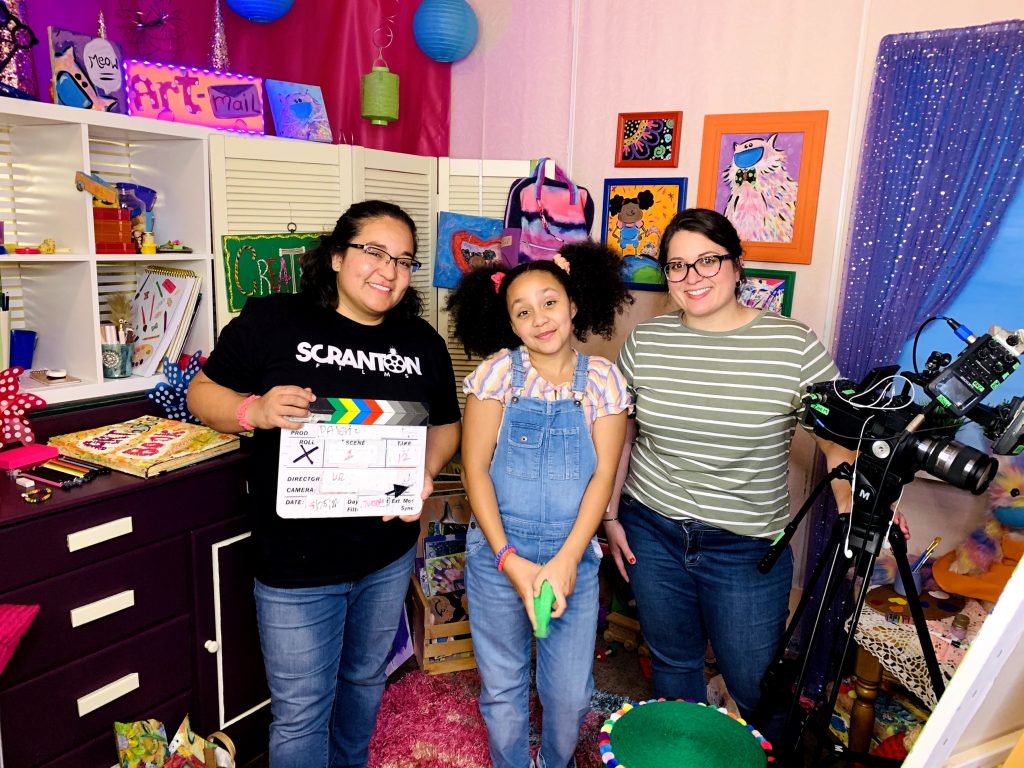 Luz Cabrales strives to produce community-oriented films that inspire and foster the talent of local youth. Her newest project is a step in that same direction.

The 37-year-old filmmaker and Scranton resident who co-founded Scranton Films — a visual media organization that showcases the talent of young, local actors through low-budget productions — is producing her newest project, “PAlette: Exploring the Colors of Pennsylvania.” She created “PAlette” with Scranton Films co-founders Julian Santos and Carissima Hodovanec, and the five-episode children’s web series will debut in 2022.

“PAlette” focuses on teaching kids in Scranton and the rest of Lackawanna County about art in the community. Jolie Cook, an 11-year-old Scranton actress, will host the series as the character Patty Pastel along with her multicolored cat, Taffy Magenta. The program also will include animation, live action and music videos.

Children view the world “as a beautiful thing,” Cabrales said, but as they grow up, they start encountering other views that dull its colors.

“I think children are really the ones that see the world as it is, which is really beautiful,” she said. “And I hope to capture that for sure.”

The idea for the show came about during the pandemic, when Cabrales saw that children suffered by missing the arts and other events. The show, though, let her do something creative geared toward children to keep the arts alive in a way they could understand. She began brainstorming with Santos and Hodovanec and applied for and received a COVID-19 Community Grant through Lackawanna County’s arts and culture department.

“I felt that this was my opportunity to give back to the community that has been helping me become a better artist as well,” Cabrales said.

Originally from Northern California, Cabrales moved to Scranton in 2007 to pursue a master’s degree in communication arts from Marywood University after earning a bachelor’s in media arts and animation from the Art Institute of California in the San Francisco area.

“When I moved here … I went back and forth to a few different states, but I always came back here,” she said. “I think it was something about this area that kept pulling me back … and I think it was the community part of it.”

She went on to co-found Scranton Films in 2017 with Santos and Hodovanec after seeing a need for film to be more present in the area.

With the production of “PAlette,” Cabrales continues to expand upon her vision of creating films that center on Scranton. Along with Cook and Hodovanec, Cabrales has filmed scenes at locations throughout Lackawanna County, including McDade Park, Nay Aug Park, Lackawanna County Courthouse Square and the Marketplace at Steamtown. For show host Jolie, these experiences have been rewarding.

“I’ve enjoyed all of it,” the 11-year-old said. “But I especially love just going around town and being outside.”

Jolie, who has a background in theater, had to learn the script for each of the five episodes and said the process was fun despite some challenges.

Hodovanec also enjoyed the project, especially the design aspect and the ability to work with different resources and people in the community. The area has a lot of creativity in terms of art and music, she said, feeling it’s important to show kids they do not have to leave the area to find “beauty and creativity and cool, amazing things right in their town.”

Working with Jolie and Hodovanec, Cabrales has continued her mission of working with other people in the community to produce films unique to the area.

“For me, it’s very important because having Carissima next to me and Jolie, (who) are super talented, I can see their points of view on something maybe that I didn’t see before,” Cabrales said. 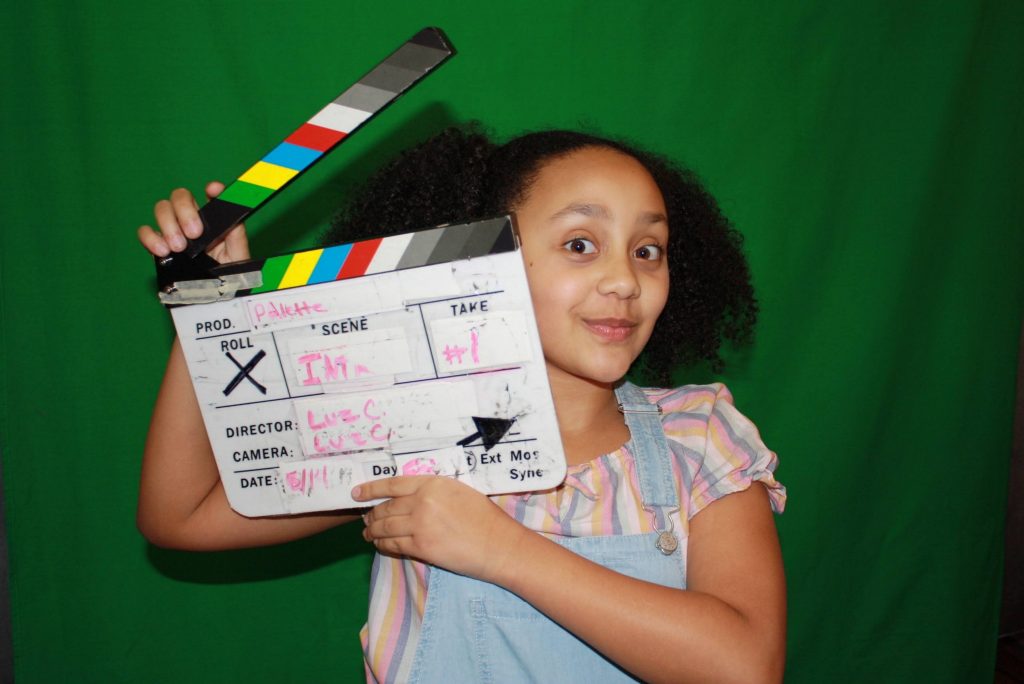 SUBMITTED PHOTO
Jolie Cook, an 11-year-old Scranton actress, poses for a picture on the set of “PAlette: Exploring the Colors of Pennsylvania.” Cook hosts the show as character Patty Pastel with her multicolored cat, Taffy. Together, the pair will teach young viewers about art in Scranton and Lackawanna County. The upcoming five-episode web series, which is currently in production, is set to premiere in 2022.

The cover photo for “PAlette,” which shows Jolie and Taffy looking skyward from a grassy area, was Jolie’s idea. This type of collaboration reflects Cabrales’ goal of wanting to share her success with those around her.

“If I succeed, I know who I can take with me,” Cabrales said. “I know that if Carissima succeeds, she’s going to call out for me and say, ‘Hey, I’m doing this awesome project, can you come and help?’ So we’re sort of building that together. Same with Jolie. Hopefully this opens up opportunities for her that maybe she didn’t know she was capable of.”

In addition to finding joy in each other’s triumphs and new opportunities, Hodovanec noted the importance of female empowerment on the show, like having Jolie as the main character.

“We’ll have a lot of female influences throughout the show, and I found that very important for myself to highlight … for older generations and younger, whoever is going to be the audience of watching it, to just encourage … everyone no matter what age that you can be creative and just to find your inspiration and passion,” Hodovanec said.

Cabrales added that showing a diversity of backgrounds is important, too. Cabrales is Mexican American, Jolie is biracial, and Hodovanec is Italian American.

“We all have a voice,” Cabrales said.

Once the team releases “PAlette,” Cabrales hopes to pitch it to YouTube Originals and local networks, including PBS, with the idea that it can resemble shows such as “Mister Rogers’ Neighborhood,” “Bob Ross’ The Joy of Painting” and “Sesame Street.” Cabrales also started a streaming platform on the Scranton Films website where she will put all five episodes of the series for free.