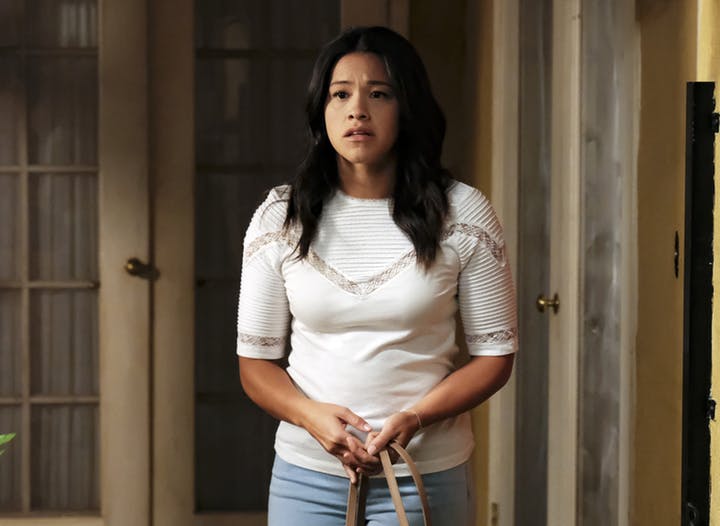 Around the remote: TV and streaming picks for July 28-Aug. 3

“JANE THE VIRGIN”: The time has come to bid a sad farewell to the beloved telenovela that left its mark on television and its many devoted fans. In the series finale, Jane (Gina Rodriguez) and Rafael (Justin Baldoni) are finally getting ready for their big day. Meanwhile, Rafael’s desire to help Jane’s writing dream lands him in trouble. Also, Xo (Andrea Navedo) and Rogelio (Jaime Camil) must inform the family about their decision and not everyone takes it well, and Petra (Yael Grobglas) struggles with her emotions. The finale follows an hour-long celebratory special (8 p.m.) that includes interviews with the show’s cast members. (9 p.m. Wednesday, The CW).

SUNDAY: Ready to dive into another Shark Week? Among the opening night offerings is “Shark Trip: Eat. Prey. Chum.” It has Rob Riggle taking a few of his celebrity pals on a trip in which they go swimming with sharks. (9 p.m., Discovery).

SUNDAY: We weren’t exactly crying out for an origin story about Bruce Wayne’s butler. But the new drama series “Pennyworth” is just that. It whisks viewers back to 1960s London and follows Alfred Pennyworth (Jack Bannon), a former British SAS soldier in his 20s, who starts a security company. (9 p.m., Epix).

MONDAY: It’s getting down to crunch time on “So You Think You Can Dance.” Tonight, the Top 10 women take the stage, each partnered with an All-Star guy for a choreographed duet, outside their dance own style. (9 P.m., Fox).

TUESDAY: Hannah’s journey on “The Bachelorette” mercifully comes to an end in the second part of a two-part season finale. Whether she finds love or not, we, of course, expect Chris Harrison to hype it as “the most dramatic finale ever.” (8 p.m., ABC).

WEDNESDAY: Inspired by the 1994 British rom-com, “Four Weddings and a Funeral” is a seven-episode anthology series set in contemporary times. It follows an American political operative (Nathalie Emmanuel) who reconnects with old friends in England and ends up in the midst of their personal crises. Mindy Kaling and Matt Warburton teamed up to write the show. (Hulu).

THURSDAY: After five seasons and plenty of brain-munching, Liv and her “iZombie” gang wrap up their run. In the series finale, the human-versus-zombie war finally comes to a head. (8 p.m., The CW).

FRIDAY: “Marvel’s Agents of S.H.I.E.L.D.” closes out its sixth season and time is running short for the team. In the two-hour, action-packed finale, they’ll have to go to hell and back to somehow stop the end of everything. Who will survive? (8 p.m., ABC).