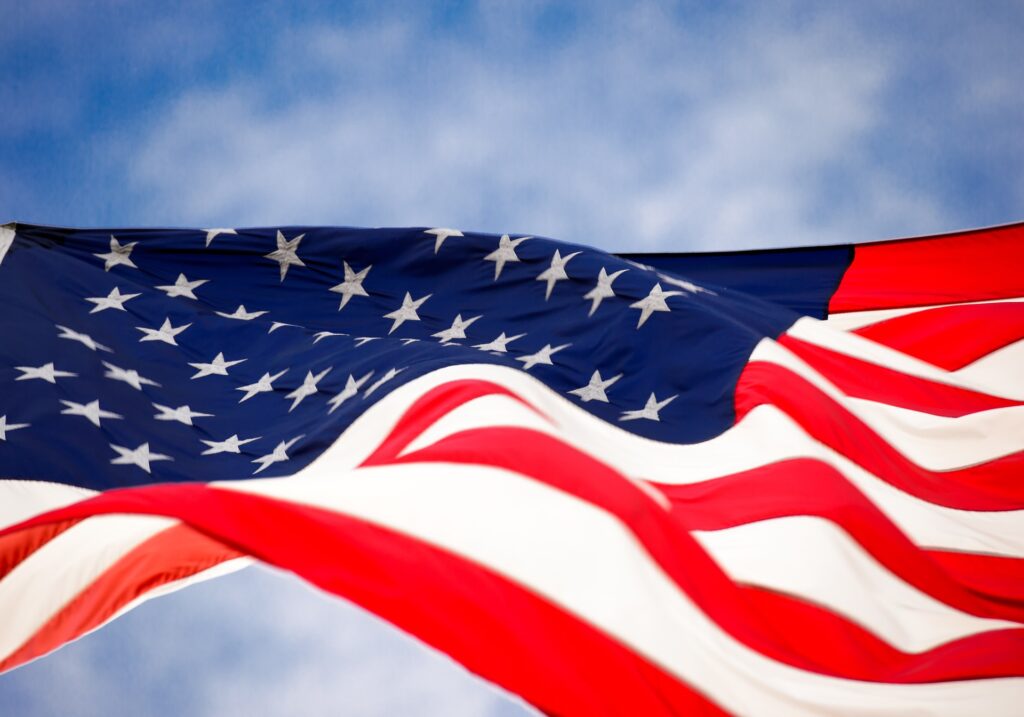 BY REX CRUM, THE MERCURY NEWS

What’s not to like? The Fourth of July often falls in the middle of the week, and it gives many Americans a day off from work. There are fireworks, gatherings of family and friends, copious amounts of eating and drinking and just a general, all-around celebration of everything that’s good about America. For some, only Thanksgiving Day comes anywhere close.

But, like most things, July 4 has its drawbacks. Sometimes the weather can be hot enough to make you feel like you will burst into flames when you step outside. And in spite of many city ordinances, it seems like there is always someone who wants to celebrate America’s birth by blowing up some M-80s in their backyard. Or the middle of the street. Try explaining that to a frightened house pet.

Because of that, you might want to just stay indoors, crank up the air conditioner, and spend part of the holiday watching a movie. That’s great — this is America, after all. But on Independence Day, if you’re going to watch a movie, you should watch something that says “America.”

That could include something from one of the numerous streaming options at your disposal. There’s no shortage of options out there, so, in honor of the original 13 American Colonies, allow us to help you find 13 Oh-So-American Movies to watch on the Fourth of July.

In a movie loaded with no shortage of classic lines (“I’m gonna make him an offer he can’t refuse.” “Leave the gun. Take the cannoli.”) “The Godfather” states its purpose from it very first words of dialogue: Bonasera the undertaker tells Don Vito Corleone, “I believe in America.” From there, and along with its sequel “The Godfather: Part II,” the American immigrant experience of much of the early 20th century is told in a story of hope, pride, success, revenge and regret. (We’ll leave it up to you to decide if “The Godfather: Part III” is worth missing a July 4 barbecue.)

How to watch: Available to rent and stream on services such as iTunes, Amazon home video and Redbox On Demand.

If there is any American president worthy of deification, it is Abraham Lincoln. But in his Oscar-winning role, Daniel Day-Lewis emphasizes Lincoln’s humanity; and for every minute of the film you feel the 16th president’s kindness, sorrow and determination as he strives to end the Civil War, ensure the abolition of slavery and rebuild the nation.

How to watch: “Lincoln” is currently streaming on Netflix. 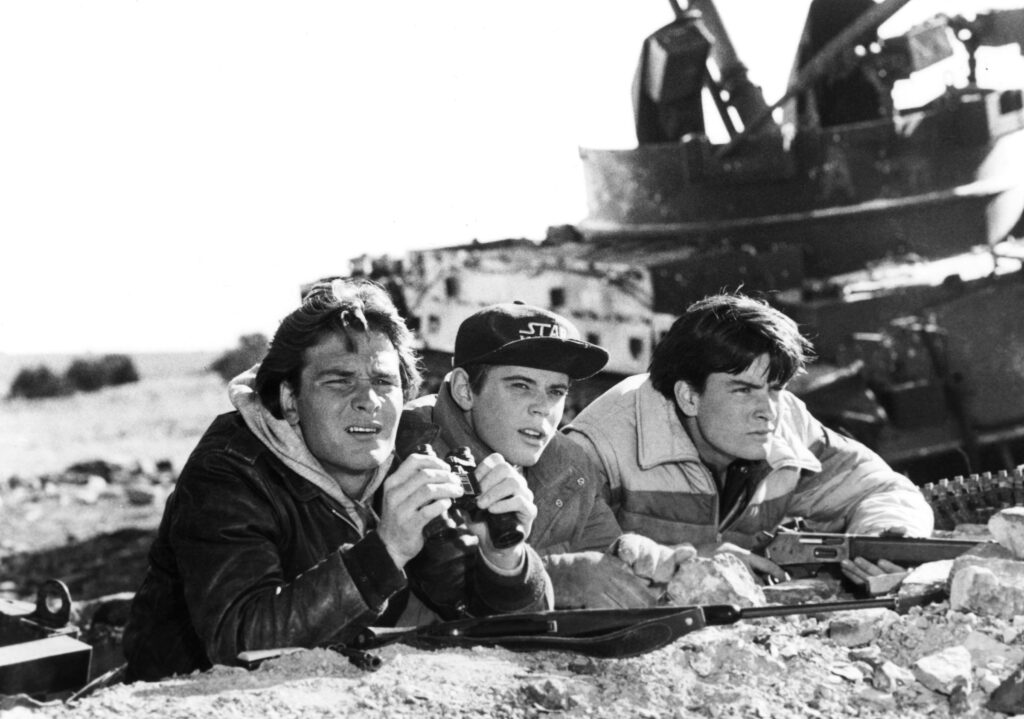 Midwest high school kids watch their school get invaded by Russian paratroopers. Patrick Swayze gets in his truck, gathers up some of the local teens, and becomes a resistance leader. Harry Dean Stanton and Powers Boothe? “WOLVERINES!” For a kid growing up worshipping Ronald Reagan, few things made me despise the communists more than “Red Dawn.”

How to watch: Use your Amazon Prime Video membership and start shouting “USA! USA USA!”

Speaking of the “USA! USA! USA!” chant: The sporting event that chant originated from was “Miracle On Ice” — Team USA’s Olympic hockey win over the Soviet Union in 1980. Watching this version of how coach Herb Brooks brought together a team of college kids and pulled off the greatest sporting victory in U.S. history could have you wanting to tattoo the Stars and Stripes across your back. It also remains a crime of cinematic history that Kurt Russell (sporting an awesome hairdo) wasn’t nominated for an Oscar for his gold medal-winning turn as Brooks.

How to watch: “Miracle” currently is streaming on Netflix, and it can be rented through other online video services.

By now you’ve surely heard of “Hamilton.” The wildly popular musical is playing in San Francisco until January, but two tickets could set you back more than the price of a car payment. So if you’re looking for a less expensive way to experience the Founding Fathers singing and dancing their way through some of America’s earliest days, “1776” might be the movie for you.

Sure, it’s full of scenery chewing, corny lines (Will Smith’s “Now, that’s what I call a close encounter” is a standout) and more explosions than a July 4 fireworks show. But when the bad-guy aliens attack, we do what we do best and come together to triumph over evil. It’s the American Way. Besides, it’s called “Independence Day” — we couldn’t leave it off this list.

How to watch: Get inspired by President Bill Pullman by streaming “Independence Day” on Hulu.

This marks marks the 50th anniversary of the Apollo 11 mission, in which the inimitable Neil Armstrong and Buzz Aldrin became the first people to walk on the moon. But the Apollo program would have never happened without the work of the first Mercury astronauts. And Mercury wouldn’t have gone anywhere were it not for the mathematical brilliance of several African-American women who had the right stuff that helped get Alan Shepherd, John Glenn and the rest of the Mercury 7 off the launchpad. 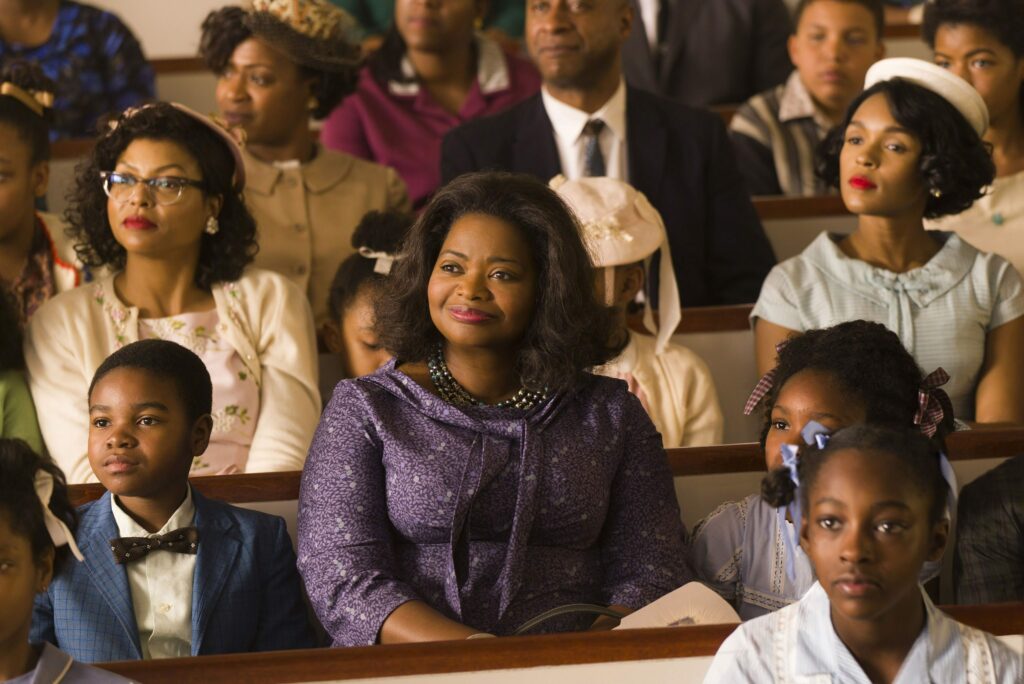 How to watch: Rent and stream “Hidden Figures” through iTunes and Redbox On Demand; if you don’t mind a few commercial breaks, it can be streamed for free on the FXNOW app.

When Jim Lovell — as wonderfully portrayed by Tom Hanks — says, “Houston, we have a problem,” you know he’s not messing around. Thus begins the tale of the greatest rescue mission in the history of mankind. Apollo 13 happened almost 50 years ago; “Apollo 13” came out almost 25 years ago. You know the story. You know how it ends. And yet, until that spacecraft splashes down …

How to watch: Stream “Apollo 13” with a subscription to the Starz app, or rent it through iTunes and other services.

This is greatest sports movie ever made: the story of a young man who falls victim to temptation, spends years seeking redemption, finds it, nearly blows it all again, and, in the end, becomes a hero for the ages. And it’s all set against the background of baseball, the most American of all sports. When Roy Hobbs, as portrayed by Robert Redford, hits a home run that knocks the lights out at the ballpark, it’s the ultimate “I’m not crying, you’re crying!” movie moment.

How to watch: “The Natural” is available to rent and stream on services like iTunes, Amazon home video and Redbox On Demand.

Hanks makes his second appearance here as a drunken former baseball player who takes on managing a women’s baseball team during World War II. How “All-American” is this movie? The team Hanks manages, the Rockford Peaches, played in the All-American Girls Professional Baseball League. Hanks gets to utter another all-time classic line when he tells his players in no uncertain terms, “THERE’S NO CRYING IN BASEBALL!” (Try telling that to a Seattle Mariners fan like myself.)

How to watch: You can rent and stream “A League of Their Own” through iTunes, Amazon home video and Redbox On Demand.

How much more American can “Rocky” get? More than 40 years ago, Sylvester Stallone was the ultimate underdog and pretty much unknown as an actor. He then wrote and starred in “Rocky” and became an overnight sensation. And he remains a sensation to this day. If the “Rocky” story isn’t enough, in the movie’s climatic fight, Rocky’s opponent, Apollo Creed shows up dressed first like George Washington, then like Uncle Sam.

How to watch: “Rocky” is currently streaming on Hulu.

Did you know that in addition to leading Jim Brown, Charles Bronson, Donald Sutherland and nine other American military convicts on a crazy raid against the Nazis, Lee Marvin actually fought in World War II and is buried in Arlington National Cemetery? If that doesn’t just scream “AMERICA!” then nothing does.

How to watch: Invest $2.99 and stream “The Dirty Dozen” on iTunes. You’ll be glad you did.

I like to think that what “National Lampoon’s Animal House” did for kids (me) wanting join college fraternities, “Stripes” did the same for anyone wanting to join the U.S. Army (I also didn’t enlist). It’s hard to go wrong with Bill Murray leading a gaggle of misfit troops at his early post-”Saturday Night Live” peak.

How to watch: If you have Showtime, you can stream “Stripes” through the company’s different apps.