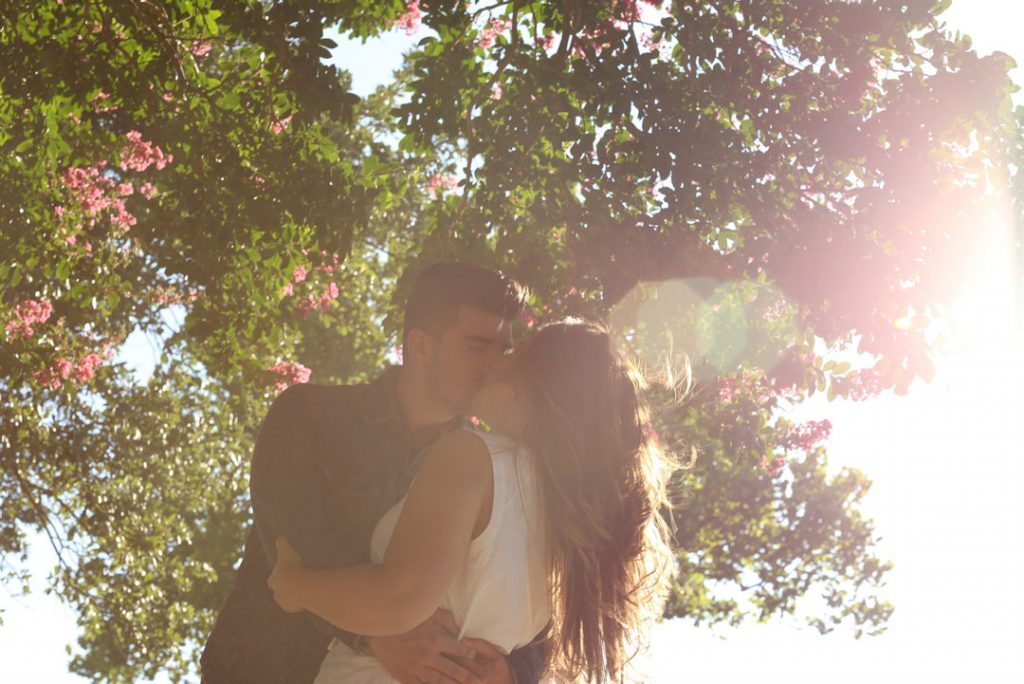 Mom hopes to persuade son away from unsuitable girlfriend

My 22-year-old son’s new girlfriend is extremely pretty. She has a great figure and dresses to show it off, so I understand the attraction. However, she’s also spoiled, lazy and kind of a scam artist. (She bragged about cheating a small business.) I pointed out her shortcomings to my son, but he refused to listen and even defended her. Can I get him to end it without being the overbearing mother?

Though you see only flaws, your son sees a lot in this woman: BOOOOOOOBS!

It’s natural you’d want to scold him away from a train wreck with cleavage, same as you’d save him from a speeding car about to turn him into a human hood ornament. However, telling him all the reasons this woman’s awful— which amounts to pressuring him to dump her — is exactly the wrong thing to do. Consider Romeo and Juliet(and let’s momentarily forget they were fictional characters). As teen love goes, I suspect they would’ve gotten bored and cheated on each other in under a month if their parents hadn’t been all, “We forbid you to see that Montague knave/that Capulet tramp!

When our freedom of choice— our freedom to do as we want — is threatened (even just by people trying to persuade us to change our ways), it triggers a motivational state that social psychologist Jack Brehm called “reactance.” Reactance is a
form of rebellion —a“reaction” against control, energizing a person to resist, to keep engaging in the behavior they’re being pressed to stop.

Reactance can even strengthen the person’s resolve — increase their desire for whatever (or whomever) somebody’s urging them to part company with. Basically, by telling your son all the reasons he should dump this woman,you turn him into the
pro bono defense attorney for her humanitarianism — like how she, um … um … runs a rescue for designer handbags!

Character doesn’t always seem important in a partner until a person gets knocked around by somebody with some big vacancies in that department. In other words,if you want your son to dump this ethically elastic chickie, the ideal thing to say is nothing. Let him marinate in her bad character. Hard as it will be to keep mum, you might try to view him as midway through the natural recovery process in the wake of contracting a nasty parasite — one that’s 5-foot-7 and blonde with window-sized Gucci sunglasses you suspect she lifted from some distracted wealthy lady’s restaurant table.

My boyfriend is best friends with another girl. He told me they tried dating years ago, but nothing came of it, and they really are just friends. She’s been very welcoming to me, but I’m still uneasy that he’s so close with a woman he once dated. I can’t help but wonder whether the bit about straight men not being able to be friends with women is true.

Picture the city dump. Sexually, to your boyfriend, this woman might as well be an old tire, a single dingy couch cushion (whereabouts of rest of dingy couch unknown) or a phone book from Buttcrack, Montana, circa 1982.

In fact, there’s a chance he was never very attracted to her. Generally speaking, men are a lot less likely than women to turn down a possibility for having sex. Also, before he got naked with her, the prospect of having sex with her was what neuroscience researchers call a “novel reward” — a term for feelgood stuff we have yet to experience. Excitement over the new might even be mistaken for the excitement of really being attracted to somebody, because novelty causes a surge in dopamine,the neurochemical that energizes us to pursue new and rewarding things.

The problem is“reward prediction errors,” neuroscientist Wolfram Schultz’s term for the difference between how great we think a new thing will be and how kinda-sorta OK it ends up being. When reality falls short of our expectations — when somebody turns out to be sexy like used gruel — dopamine goes into sag mode.

This is effectively a neurochemical energy embargo— a crash diet on the motivation juice needed to drive any further pursuit of whatever we found bummerific.

You might find it reassuring to ask your boyfriend why it didn’t work between them and pry a little bit into how attracted he was to her. This could tell you that you have something to worry about, but at least you’d know. Sure, straight men and women can
have trouble remaining just friends if they have any sort of hots for each other. However, a straight man who is sexually bored with a woman is one you can probably trust just fine to be in her presence.