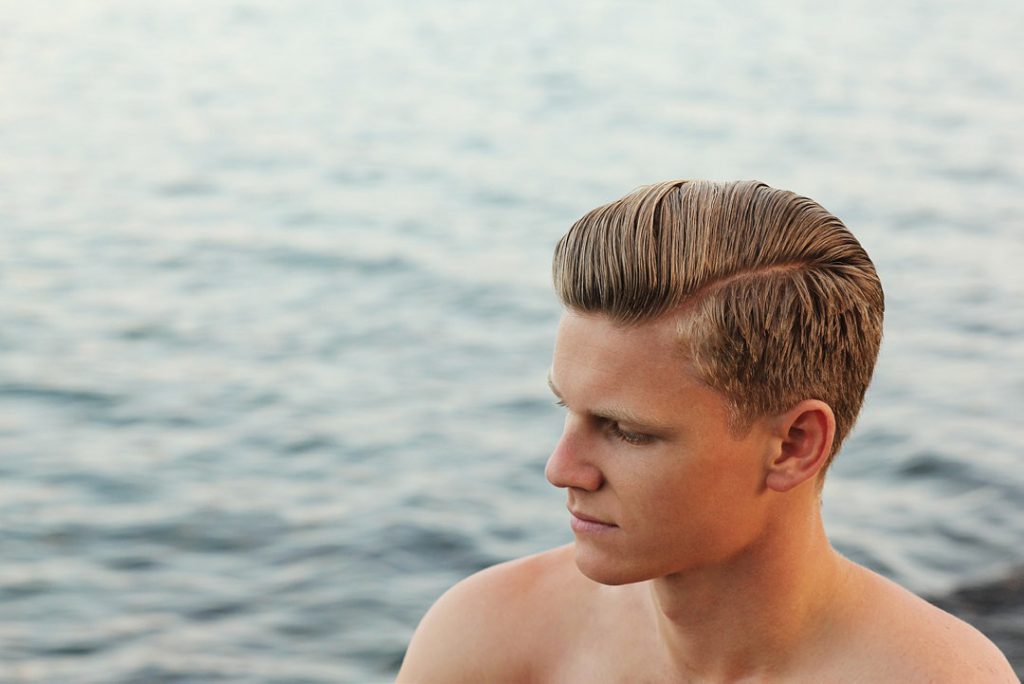 Advice: Guy’s excessive use of hair gel turns off girlfriend

I’m a 28-year-old woman. My boyfriend of three months is a great person, and I started to think he might be The One. However, he got a new haircut – one that had him using excessive gel. Looking at him, I felt a wave of revulsion and needed to get away … permanently. I don’t understand the sudden change in my feelings.

You, like many women, want a man who appears to have the grooming routine of a golden lab: running across the lawn when the sprinklers are on and then shaking off.

Many women find it disturbing when a man spends more time in the bathroom or uses more “product” than they do. Evolutionary psychology research suggests we women evolved to seek a man who will protect us – as opposed to one who’ll fight us to the death for the last of our poshbrand conditioner.

Sure, hair gel could be the “gateway” goop to your dude dolling up with Fenty eyeshadow, contour foundation and sparkly self-tanner by the weekend. But chances are he just went heavy on the stuff because he’s a first-timer at using it.

And chances are your sudden extreme reaction is not about him but about you – and probably your panicking at the prospect of commitment. Commitment involves finding not the perfect, right person but a right enough person at the right time, observed clinical psychologist Judith Sills. Being ready for a relationship is a key factor. This requires getting yourself “sorted,” as the Brits say, meaning developing both self-respect and self-acceptance, including a realistic and self-compassionate understanding of your limitations.

Sensing that you “could be lovable in the eyes of another person,” leads to a shift, explained Sills. “You stop being so critical of a potential partner’s shortcomings and begin to appreciate his or her strengths.” This doesn’t mean you are “without anxiety or ambivalence” — wanting and not wanting a relationship at the same time — but readiness for a relationship helps you push through those feelings.

If you aren’t yet ready, you should make that clear to men you date. If becoming ready will require some personal development work, you might want to hop on that. In general, the more “up there” in years women get, the more they find their standards for a partner in need of relaxing – in the direction of “not currently incarcerated and has at least a weak pulse.”

Brothel, where art thou

My male roommate began having women over for one-night stands almost daily, even meeting one for the first time at our apartment. I’m a woman and very careful about whom I have over: usually only friends I’ve known for a while. I’m uncomfortable having my space constantly intruded on by strangers, but he seems surprisingly unaware of this.

You need a needlepoint for the kitchen wall: “Home sweet sex den.”

People who live with roommates tend to make allowances for the occasional drunken hookup — even those that end with some stranger in their kitchen drinking their OJ out of the carton.

It’s a shared space. You agreed to share it with your roommate, not your roommate and half of local female Tinder. His behavior calls to mind “the tragedy of the commons,” ecologist Garrett Hardin’s term for individuals with access to a shared space trashing it or taking more than their fair share of resources, ruining it for everyone. Hardin was referring to public land and, say, one farmer letting his sheep eat all the communal grass, leaving only dirt for the other farmers’ hungry sheep, but it seems to apply to your situation.

Now, it could be argued that no guest policy was spelled out. However, most people know roommates won’t be happy with a revolving cast of sex-providing strangers marching through their home. Chances are your roommate is counting on your being too uncomfortable to speak up — which means there’s no reason for him to stop.

Explain how unsettling it is for you to constantly have these strangers in your place — people he barely knows — and ask him to think on it and propose a solution. Should he suggest, “You just hafta suck it up” or close, tell him straight up what you need (which might ultimately be “a new living situation”). If you wanted to encounter strangers in your kitchen at 6a.m., you’d live in a bad neighborhood on the first floor and leave a window wide open.