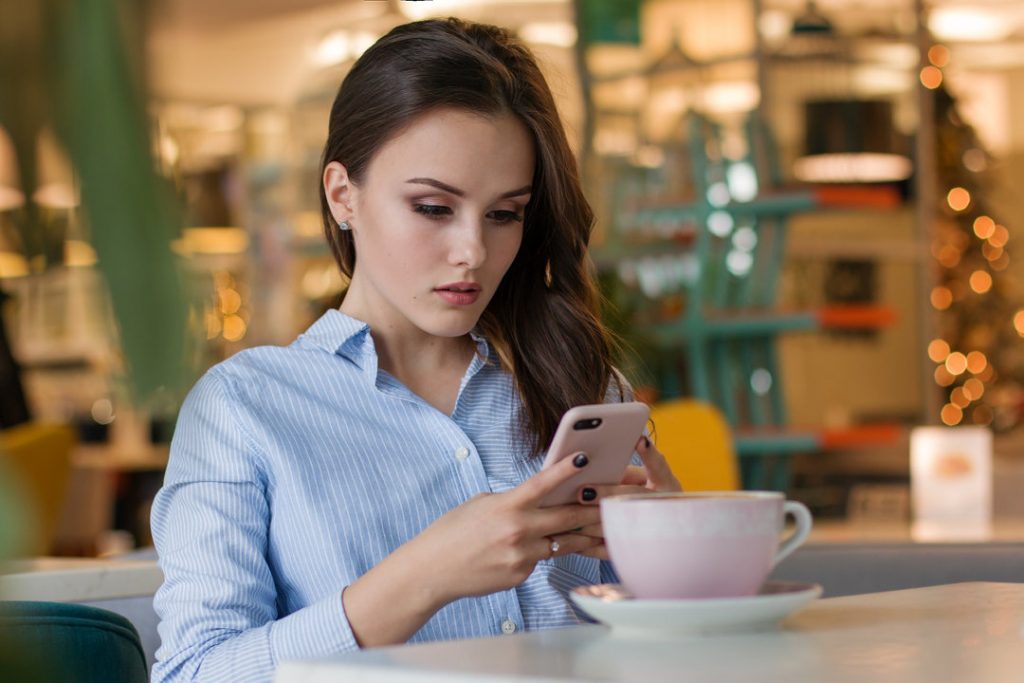 I broke up with a guy I was dating after discovering he’d lied about his age on the dating app we’d met on. (He’s 48, not 39.) I’d told him honesty’s a big deal for me. He claimed he’s honest with those he cares about and at work and argued that everybody lies on dating sites. I’m not buying that. Isn’t someone either honest or not?

There’s that saying, “act your age,” and he is – as a guy cresting 50 who wants a girlfriend who still sometimes gets carded.

Chances are you consider yourself an honest person. But you’re not. None of us is. In the words of TV’s Dr. House, “Everybody lies.” Social psychologist Bella DePaulo concurred. In her research on lying, she explained that people can’t be “tossed into one of two moral bins, one for the people who are honest and the other for the liars.”

In fact, we all lie in ways we don’t even recognize as lies. Do you wear control-top tights or Spanx? A push-up bra or a squish-you-down bra? How about under-eye concealer? (Note that it isn’t called under-eye revealer: “All the better to show off my ginormous, dark, puffy eyebags!”)

These less-than-truthful forms of self-presentation are a lighter shade of the lie this guy told: an “instrumental” lie — a lie used as an “instrument” to get others to give us “material rewards or other personal pleasures or advantages” they wouldn’t if we told the truth.

But consider that people who don’t lie their way through life might see lies in an online dating profile as sort of Spanx-type fibbies: a way to game an unfair system, a la, “I’m so much younger than my real age, and the hot young women I want would see that — uh, if only I could get around their searches where they cut out my age group.”

Getting a realistic sense of a man’s true character probably takes listening and watching over time, especially when he doesn’t know you’re doing it. That should help you avoid missing out on good guys who occasionally retrofit the truth with a little Spandex.

I’m a senior in college, and the woman I recently started seeing is a sophomore. My buddies told me she has a “reputation,” as in, she’s hooked up with half the men’s soccer team. She’s beautiful and intelligent, and I don’t understand why she has the low self-esteem to behave that way.

Turn the tables, and imagine a guy who’s hooked up with half the cheerleading squad. Your first thought: “Dude must have a huge …” (and correct me if I’m wrong) “… set of mommy issues.”

There’s a pervasive stereotype (held by both men and women) that women who engage in casual sex have low self-esteem, explained evolutionary social psychologist Jaimie Arona Krems. The underlying assumption: Women who have casual sex don’t really want it; they’re just settling for it. However, Krems and her colleagues found that this insulting stereotype persists even when women are “explicitly described as choosing to have casual sex.”

The researchers surveyed participants (about their own self-esteem and their perception of others’) using the generally accepted definition of self-esteem: “feeling good about oneself and having a solid sense of one’s self-worth.” The stereotype — that women have casual sex because their self-worth is in the dumpster — “appears to be unfounded.” (Women’s “sexual behavior was not significantly correlated with their self-esteem.”)

They speculate that the stereotype might stem from evolutionary “mismatch”: our living in a modern world with a sometimes-outdated psychological operating system. The psychology guiding us today evolved back when locked knees were the only reliable birth control. It would’ve served ancestral women with high mate value — those with their pick of men – to hold out for commitment before having sex (and possibly offspring) with a man.

As for your situation, assuming the rumors aren’t just “guy-perbole,” maybe your girlfriend worked her way through the soccer boys not because she’s a human broken toy but because she’s hot enjoys sex, and wanted some naked fun while looking for her Mr. Boyfriend. What does this say about her? Well, after the initial steamy phase of the relationship, the sort of animal she’s most like in bed probably won’t be shrink-wrapped supermarket salmon.