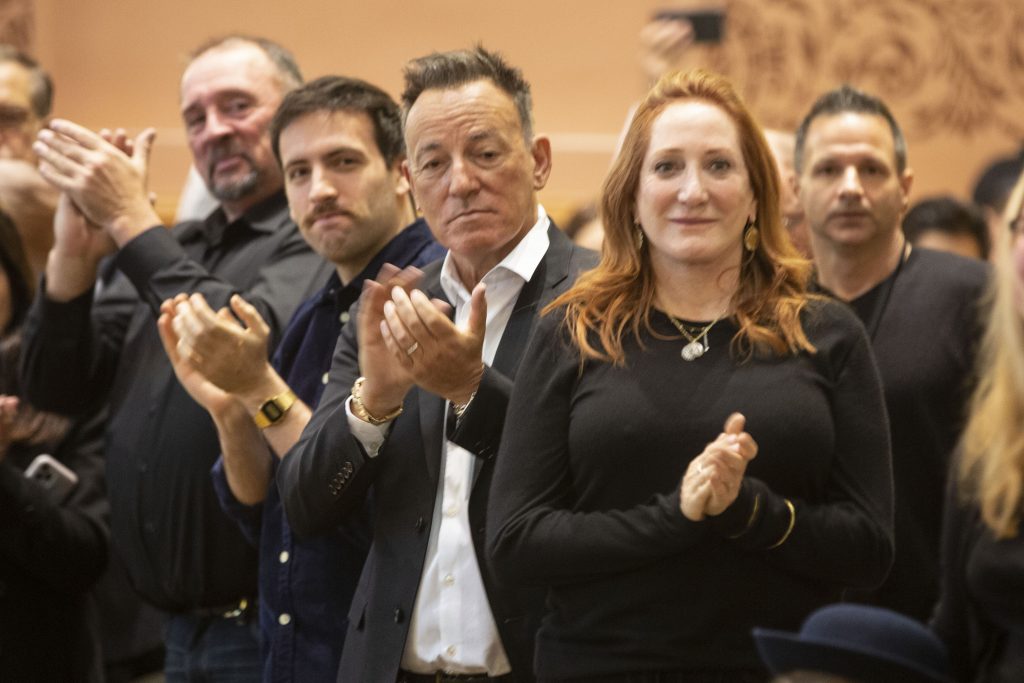 Springsteen shows up for son’s swearing-in as firefighter

Bruce Springsteen’s son was sworn in Tuesday as a firefighter with the Jersey City Fire Department, along with 15 others.

Sam Springsteen was joined by his famous father and mother, Patti Scialfa, at City Hall along with Mayor Steven Fulop and other city officials.

The Boss and Scialfa sat in the front row as their 25-year-old son was sworn into the newest class.

Jersey City officials say this is the fire department’s 10th class since Fulop took office. More than 200 firefighters have been hired since 2013. The department now has 666 members, its largest number ever. 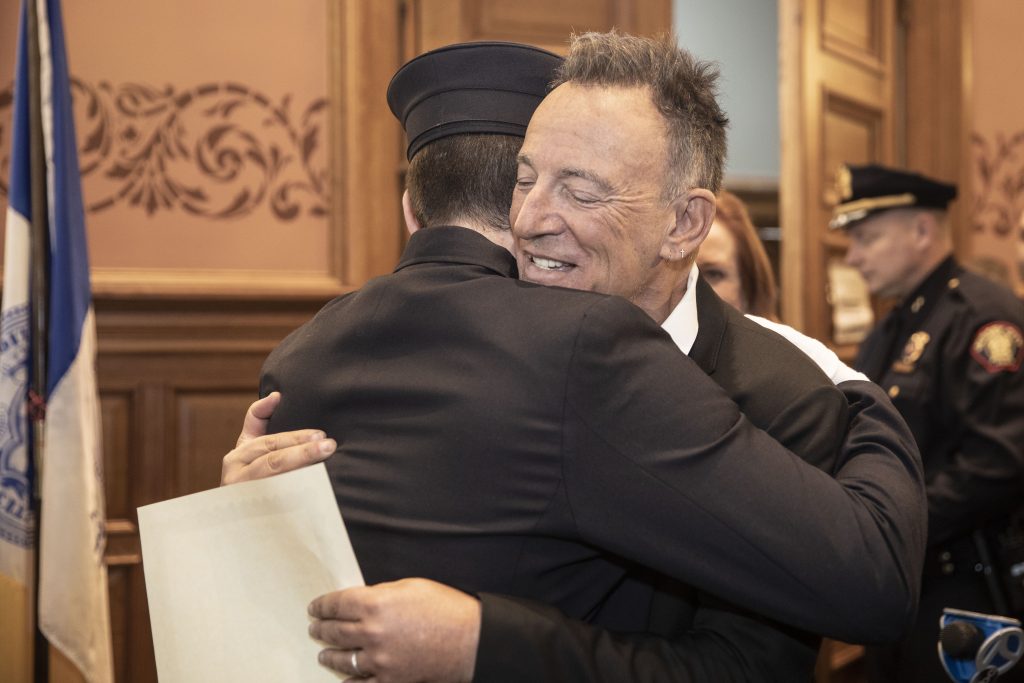 JENNIFER BROWN / JERSEY CITY MARYO’S OFFICE VIA ASSOCIATED PRESS Bruce Springsteen hugs his son Sam Springsteen after he is sworn in as a Jersey City Firefighter at City Hall in Jersey City, N.J. on Tuesday, Jan. 14, 2020. 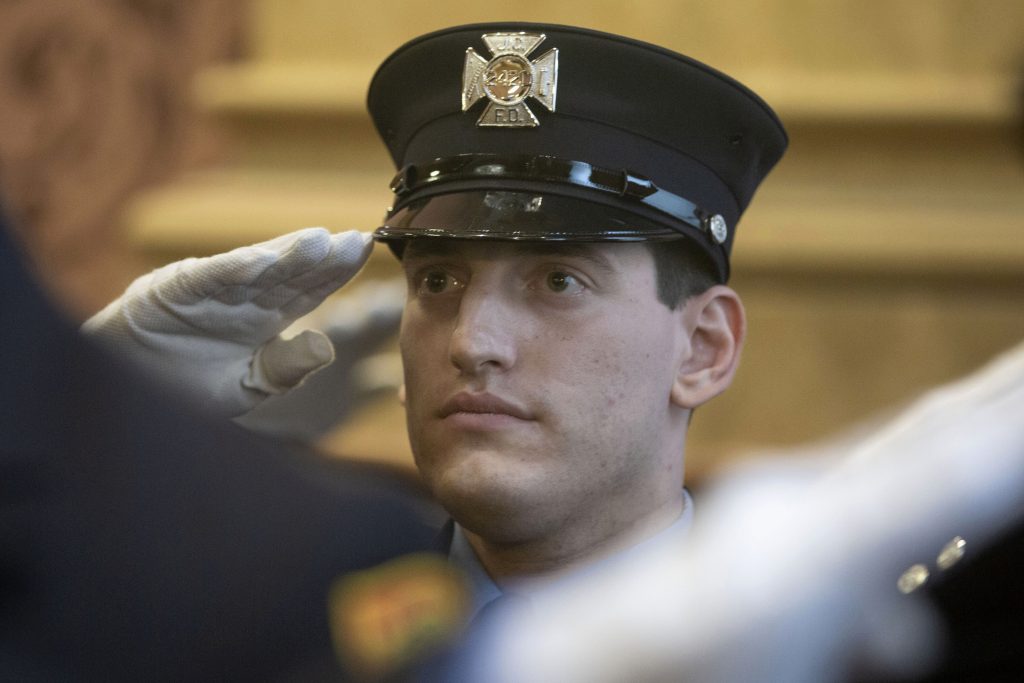 JENNIFER BROWN / JERSEY CITY MARYO’S OFFICE VIA ASSOCIATED PRESS Sam Springsteen salutes during a ceremony as he is sworn in as a Jersey City firefighter, Tuesday, Jan. 14, 2020. His father Bruce Springsteen, mother Patti Scialfa and brother Evan were there to support him.