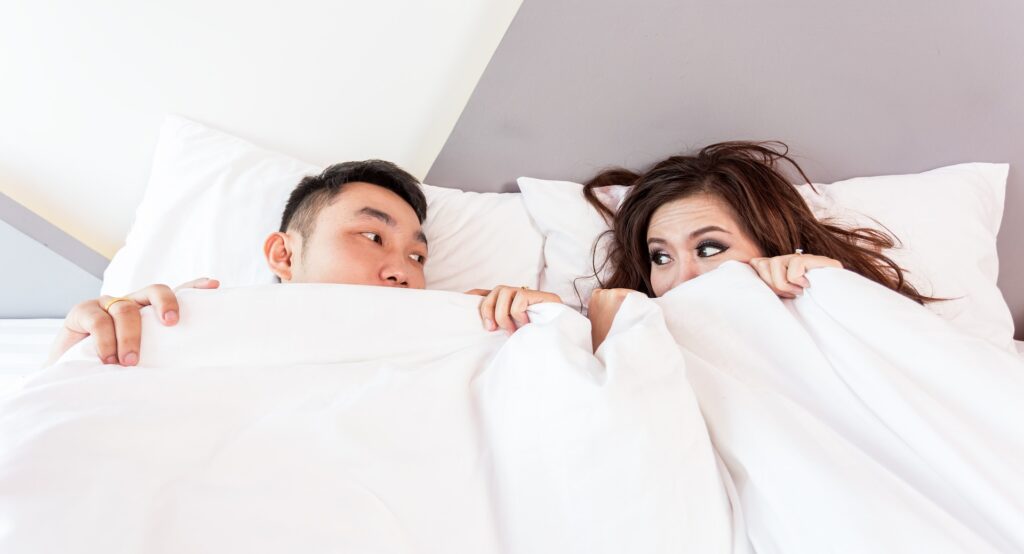 Cheater’s past causes concern for future

I started seeing a guy whose previous relationship ended because he cheated. He insists he really learned his lesson and would never do it again. Should I trust him, or should I go by that line, “once a cheater, always a cheater”?

People in relationships do develop little traditions — like coming home every night and checking the closet for their boyfriend’s sex partners.

The question is, does the skeleton that your boyfriend’s yanked out of the closet point to a heavily populated closet in your collective future? This is ultimately a question of whether he’s a cheater — a person psychologically ”wired” to be prone to cheating — or a person who once cheated. There is a distinction. Sometimes, somebody cheats just to see what it’s like to walk on the bad boy/bad girl side — the (heh) Socio Path. And sometimes, in the moment (SEXXXXX!), somebody who’s generally considerate puts his or her partner’s feelings on “ignore.”

However, evolutionary psychologists David Buss and Todd Shackelford found there seems to be a cheater personality — a trio of personality traits common to people prone to infidelity: narcissism, low conscientiousness and “psychoticism.”

That last one — psychoticism — suggests an ax-killing hobby, but it’s actually researcher-ese for a combination of impulsivity, unreliability and an inability to delay gratification. Narcissism, of course, is the “Me! Me! Me!” personality trait, reflected in self-absorption, self-importance, exploitativeness, and an empty well in the empathy department. Low conscientiousness is the personality trait of the inconsiderate, reflecting disorganization, poor impulse control and an inability to delay gratification.

Yet another factor is a personality trait that psychologist Marvin Zuckerman named “sensation-seeking.” People “high in sensation seeking” crave a variety of new, complex and intense sensations and experiences and will take physical and social risks to get them.

Talk is cheap — especially for the ethically sketchy, the morally underfunded. Look at the guy’s behavior and thinking — in your brief past and in the weeks and months to come. See whether it adds up to good character or reflects the cheater personality markers.

My fiancee and I mutually ended it several months ago, but she’s staying in touch, reaching out, texting, etc. It’s really hard to move on when she’s trying to maintain a connection. I’ve hinted at this, and I know she isn’t interested in rekindling romantically, but nothing changes.

My late Yorkie, Lucy, now resides in a tiny urn in my living room; I didn’t have her taxidermied and mounted on an old roller skate so I could take her on walks like nothing’s changed.

After a breakup, it’s hard to go your separate ways if you never stop being together. Though your situation sounds like “Brokeback Mountain” for straight people (“Bro, it’s super hard to quit ya!”), there might be something else keeping your ex-fiancee around.

Ancestral humans became a cooperative species, living and working together in groups, leading to a need to identify (and avoid) the takers among the givers. We seem to have evolved to act in ways that elevate our reputation, which is basically a social credit check for the sort of people we are. For example, evolutionary psychologist Bo Winegard and his colleagues theorize that reputation promotion is one of the evolutionary functions of grief. They see the expression of grief as a form of advertising for our character, showing us to be loyal and committed allies who “form devoted bonds” with people in our lives.

This zombie fiancee thing — the ex-fiancee who keeps coming back and eating your well-being — may be your ex’s way (probably subconscious) of promoting herself as a good friend, a caring person who doesn’t just shut the door on somebody she’s romantically done with. This could help her seem more attractive to the next guy — which is surely help you aren’t interested in providing, especially at the expense of your need to heal.

Toss the hinting. Tell your ex-fiancee that this maintaining-a-friendship business does not work for you, and ask her to stop contacting you for now and/or until you let her know otherwise. Cutting off contact will help you get used to the new normal — you and your former fiancee walking off into the sunset apart, in totally different directions … at least until your new wife is in the delivery room, giving birth to your first child. A familiar voice behind you: “Guess who’s here to finally cut the cord!”