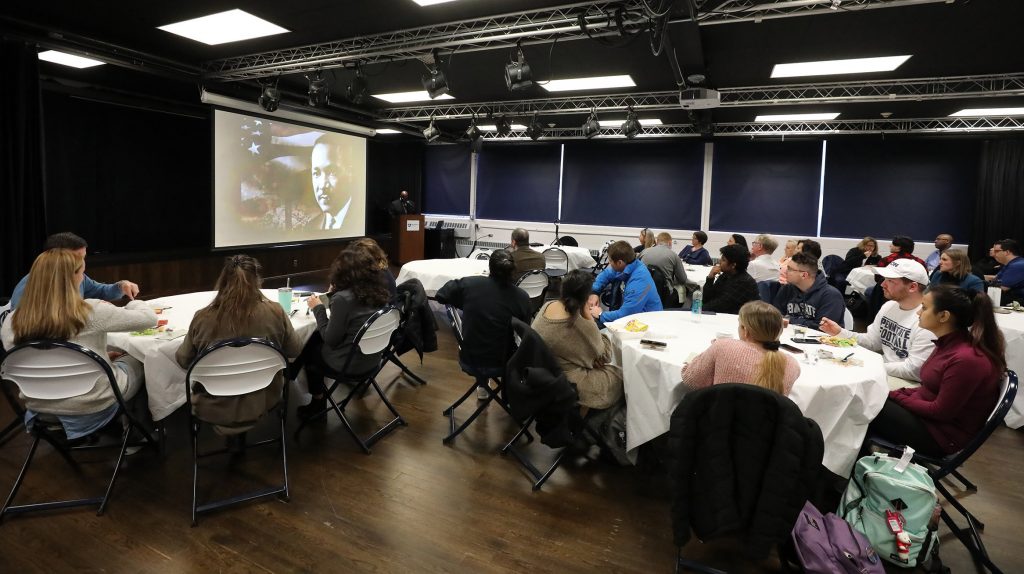 MLK Jr. Day makes us take a look at the past, present and future

By that time, the civil rights leader had more than 2,000 threats on his life.

Undeterred, King spoke of wanting to do God’s will, of summiting a mountain and of seeing the Promised Land.

“I may not get there with you. But I want you to know tonight, that we, as a people, will get to the promised land. And I’m happy, tonight. I’m not worried about anything. I’m not fearing any man. Mine eyes have seen the glory of the coming of the Lord,” King said.

The next day, he was dead.

“It’s almost as if he knew,” that he’d be assassinated, Fred Saffold III, founder of the True Black History Museum, said during a presentation about King’s life at Penn State Hazleton.

The local campus invited Saffold to speak in advance of the holiday celebrating Dr. King.

“It’s a reminder of why it is still important to celebrate Martin Luther King, maybe even more so today,” Robert Knight, campus coordinator of student engagements, said of the presentation.

To prepare for his talk, Saffold consulted three sources.

“What is the one thing my audience needs to know about Dr. King?,” he recalled asking his uncle, the Rev. Milton Saffold, pastor of the oldest Baptist church in Mobile, Alabama.

“He said, ‘Fred. Make sure your audience knows that it is rare that one can find a man with a cause he is so committed to that he is willing to die,’” Saffold recalled his uncle telling him. “Dr. King was focused on equality for mankind in a nonviolent way — his cause. He spent his life fighting for that cause, and in the end, he sacrificed his life.”

Saffold asked the same question to a daughter of one of King’s chauffeurs.

“She said, ‘Dr. King was a neat man from head to toe. From the hats he wore to the shine of his shoes. He loved to laugh and enjoyed a good joke,” Saffold recalled.

He then asked his great aunt, Bertha Lee.

“‘We marched with him many times until we couldn’t march no more,’ she said. ‘We came a long way. I remember we couldn’t drink out of fountains. We couldn’t walk on certain sidewalks. We couldn’t look some white folks in the eye,’” Saffold said she told him.

Saffold said much progress was made under King’s leadership and that he should never be forgotten.

“We as Americans pause each January to celebrate the vision and legacy of Dr. King. We take time to reminisce about his work to ensure the protection of African Americans and the human rights of all,” Saffold said.

The federal holiday beckons folks to think about the past, present and future, he said. Saffold wondered aloud whether the civil rights movement will continue to advance.

“How far are we away from the mountain top?” Saffold asked. 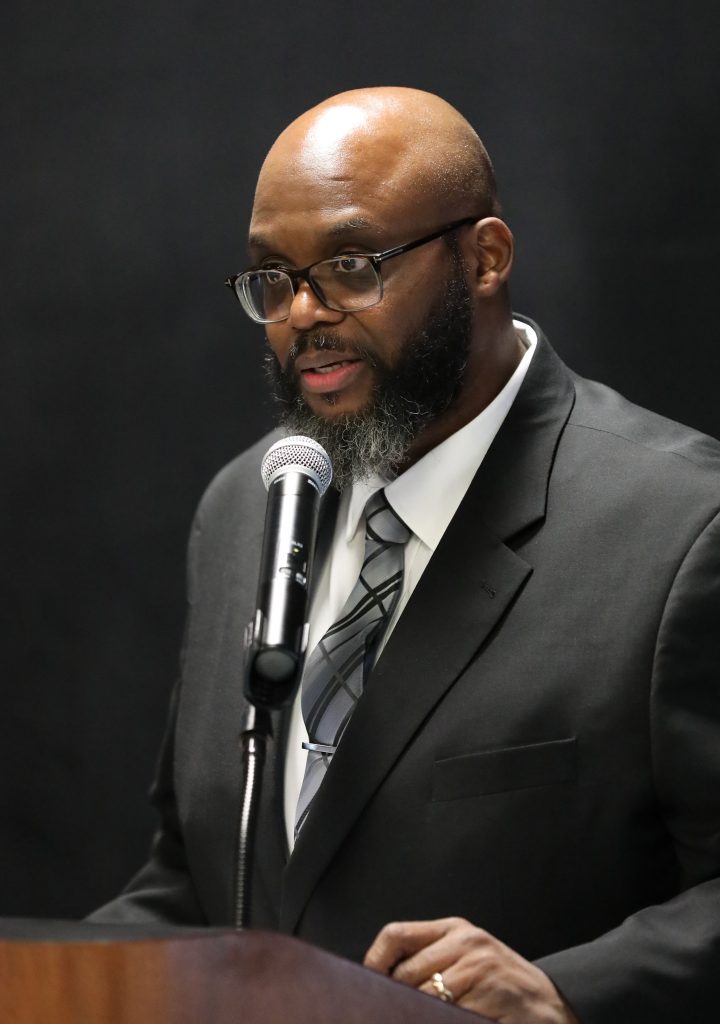 Keystone Job Corps in Drums organized an “I Have a Dream” assembly Thursday. Students heard biographical information on King, then watched mini-plays that demonstrated his teachings.

“They arrive early in the morning to assist with meal preparations, set up of the dining room, serving all the attendees, and clean up afterwards. The Center has been doing this for four years and consider a way for us to provide service to those in need in the legacy of Dr. King,” said Keystone spokesman Cal Herring.