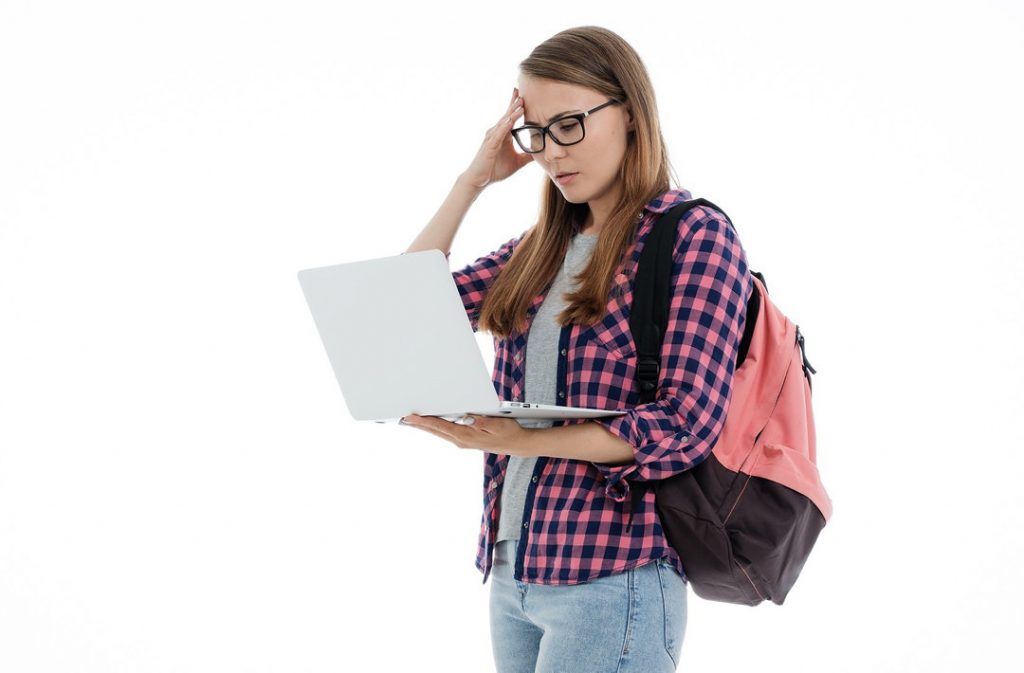 I’m a college sophomore, and my boyfriend is a senior. He’s a football player, and other girls have crushes on him. Recently, he was with his guy friends at a party. A girl came over and said I’d slapped her across the face. I’ve never even met her! Why would she do this?

Women are seen as the kinder, gentler sex because they tend not to leave a trail of bloody noses and broken barstools. But women go plenty aggressive on other women, just in ways they can’t patch up at urgent care – like when some mean girl dislocates your reputation and fractures your psyche in 36 places.

In short, while men have Fight Club, women have Underhanded Snipe Club. Researchers find that women almost always use “indirect aggression” against other women — nasty gossip, ostracism and “just trying to help!” shaming remarks – to vie for mates and jobs. Psychologist Kaj Bjorkqvist explained that this covert “social manipulation” maximizes the harm to the victim while minimizing the risk of counterattack on the perpetrator, who often remains anonymous — leaving the victim unable to trace how her social status ended up in the morgue.

Women’s mate competition can be a beauty contest — hotting up one’s appearance to yank male eyeballs away from female rivals — or an ugly contest: using “competitor derogation” (disparaging the competition to decrease others’ mate value relative to one’s own). A woman trashing another woman to men typically sneers that she’s ugly or slutty (in line with men’s evolved priorities for physical attractiveness and fidelity). However, evolutionary psychologist Maryanne Fisher observed that if the woman casting the shade is not all that hot herself, her remarks about another woman’s looks are likely to be dismissed. This might lead her to rely on “alternative tactics” – like inventing a story about how a hot woman is actually the lady bar brawler of the sophomore class.

First-time parents live in terror that they’re getting it wrong (like that they aren’t spending enough time reading “Hooked on Phonics” to their kid in the womb), when they could really just leave their kid in the woods and say, “Come back when you’re 20.”

OK, so the woods thing is a bit of an exaggeration. However, psychologist and twins researcher Nancy Segal explained that while “most parents believe they significantly shape their children’s behaviors … we now know that genetic effects are pervasive.” In fact, “Most behaviors have a 50% genetic influence.”

The power of genes in shaping our personality and choices is especially apparent in identical twins who were separated at birth and raised apart. Segal studied two of these identical twins: Oskar, who grew up Catholic in Nazi Germany and was an enthusiastic member of the Hitler Youth, and his brother, Jack, who was raised as a Jew in the Caribbean and spent time on an Israeli kibbutz. When Segal and her colleagues brought them together as adults, each showed up at the Minneapolis airport in a white sports jacket over a two-pocket blue shirt with epaulets and had wire-rimmed glasses and a mustache. Among their many shared quirks, each read magazines from back to front, wrapped tape around pens for a better grip, kept rubber bands around their wrists and — because each is germophobic — flushed toilets before use as well as after.

As Segal emphasized, a child’s “environment,” including parenting, “contributes only modestly” to the sort of person he or she becomes. Focusing on this might help. Perhaps if you remove any “shoulda, coulda” blame you place on yourself, you can set aside some of your anger, show compassion for your daughter, and be loving and supportive despite your dismay at her choices. It’s possible your grandkids have a chance. If you come at this more lovingly than adversarially, they just might end up spending more time with grandpa than the bad dad you probably suspect is a few infant crying jags away from putting grain alcohol in the sippy cup.