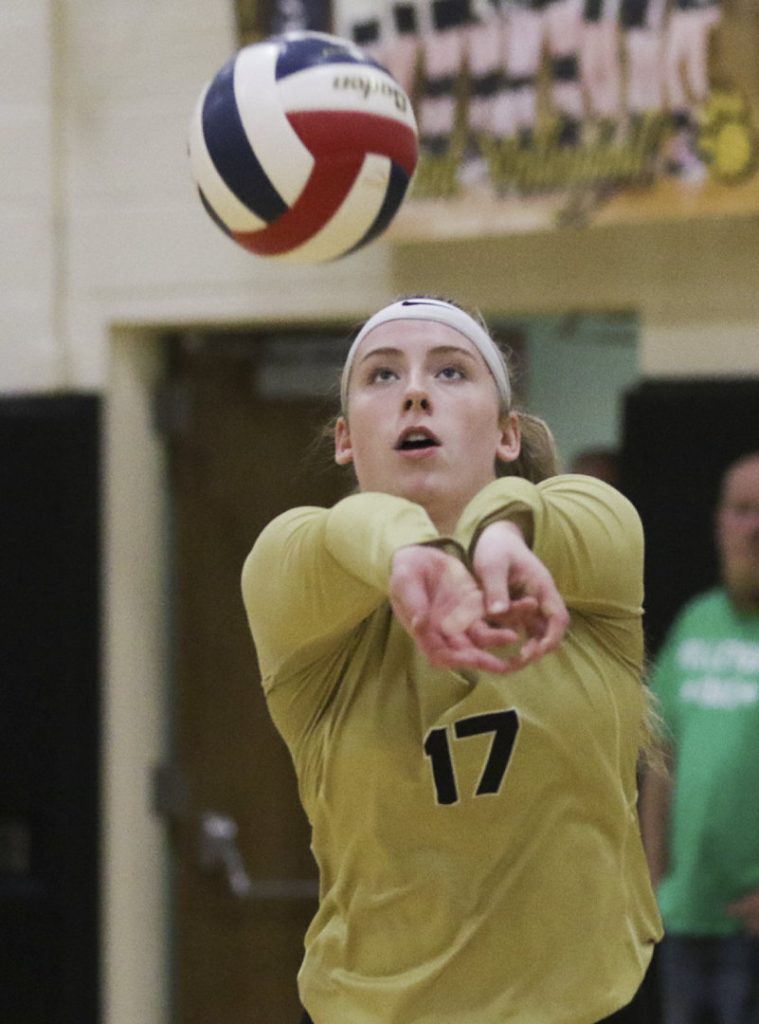 Welcome girls volleyball fans to ON THE BLOG.

What Holy Redeemer has accomplished in girls volleyball on a District 2 level is incredible and should be appreciated and applauded. At the point of its loss to Delaware Valley in 2016, Holy Redeemer had won 202 matches against District 2 opponents. Overall, that season included, the Royals have a record in District 2 that is eye-popping

One of the main reasons for pointing Holy Redeemer’s resume is that Berwick is having a fantastic season and is unbeaten overall. That includes a 3-0 win over Western Wayne, which is the leader in the Lackawanna League.

Also, Berwick handed Nanticoke its only loss of the season and leads the District 2 Class 3A tournament field which is projecting to have three of the best overall teams in the district fighting for the team championship.

CLASS AAA: There are 11 District 2 teams and 1 team from District 4 (Shamokin). Of the 12 teams forming the sub-region, the top eight teams will qualify for the Class 3A tournament as well as any other team that finishes with a .500 record or above. Seeding will be determined by the new power rating system. 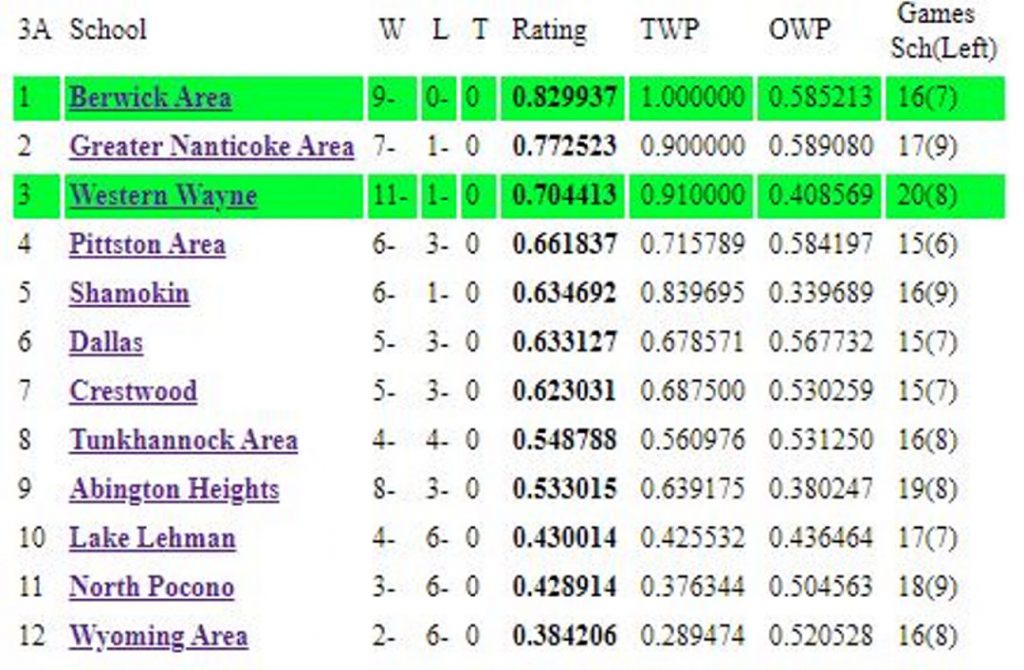 The Lady ‘Cats posted three wins — they did lose their first game in the Lackawanna League season to Mountain View — which included a second 3-0 win over defending league champion Dunmore.

Western Wayne is 11-1 in the league with Blue Ridge following closely, trailing by one match in the loss column. That rematch is on the horizon.

It was a rewarding week for Western Wayne senior Rebecca Klemovitch.

She became the program’s all-time leader in kills against Lackawanna League opponents. She passed the mark of 474 Kills set by Rebecca Carmody from 2011-14.

Hunter Heeman had 18 kills and eight points and Allison Marshman had 31 assists and 13 digs to lead the Lady Raiders.
Lydia Andusko had 30 digs for the winners, Alyssa Sherwood eight kills, eight digs and 17 points and Kaylyn Lewis had seven digs.
Tawni Coronel had (10 points and 19 digs for Abington Heights, Gianna Toth had 49 assists and 11 digs, Adele Hollander had 16 kills and 25 digs and Sophia Foster had 11 kills.

Take a look at what Blue Ridge has accomplished in the Lackawanna League in the last five seasons:

The Lady Raiders are the reigning five-time District 2 Class 1A champions and are leading the race for the No. 1 seed again this season.

CLASS 1A: There are 6 Class 1A schools in District 2. All teams in the classification will qualify for the District Tournament. Seeding will be done using the power rating system.

Dunmore, which has been the dominant program over the years in the Lackawanna League by winning 10 championships since 2007.

The Lady Bucks are 7-4 in the standings this season, but remains in contention for the District 2 Class 2A title. This season, they are being led by Katherine Hopkins, who has 85 kills, Madison Cruser, who has 69 serving points, Sophia Paczewicz, who has 52 digs and Ana Pacewicz, who has 129 assists.

CLASS 2A: There are 5 Class 2A schools in District 2. All teams in the classification will qualify for the District Tournament. Seeding will be done using the power rating system. 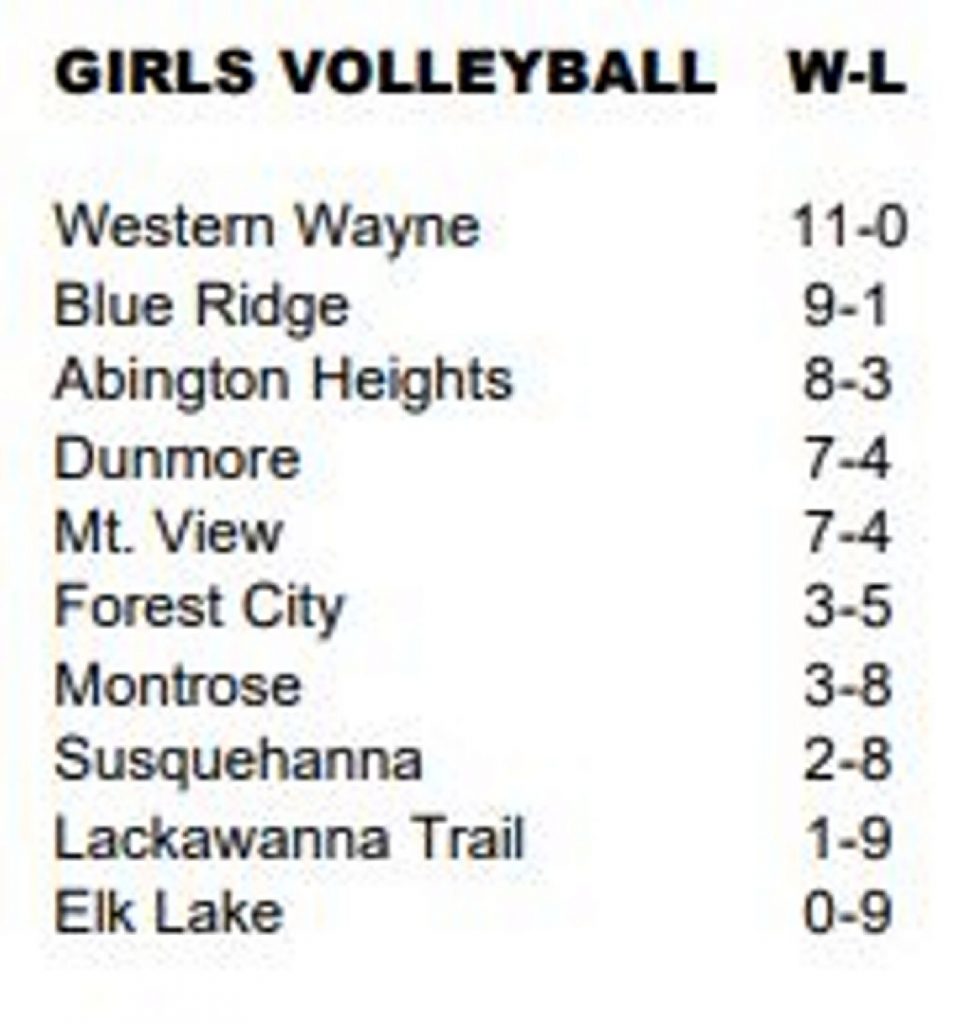 OK, as we mentioned earlier, Berwick has seized the lead in the chase for the championship. 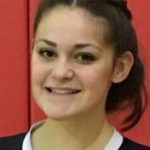 Delaware Valley, which has a loss in the conference to Nanticoke, takes its shot at Holy Redeemer on Oct. 3. at home. The Lady Warriors also have a showdown at Berwick on Oct. 8.

Emily Anderson is leading the Lady Warriors with 91 kills, Kelly Volvaka has 185 assists and 75 serving points and Gabby Lee has 13 digs.

Delaware Valley is involved in the District 2-11 Class 4A subregional tournament.

HERE ARE THE RULES:

CLASS AAAA: This classification will form a subregional with District 11. There are 4 teams from District 2 and 5 from District 11. The top 8 teams in this sub-region will qualify as well as any team that finishes with a .500 or above league record, or of their totaled scheduled games, regardless of ranking will also be eligible. 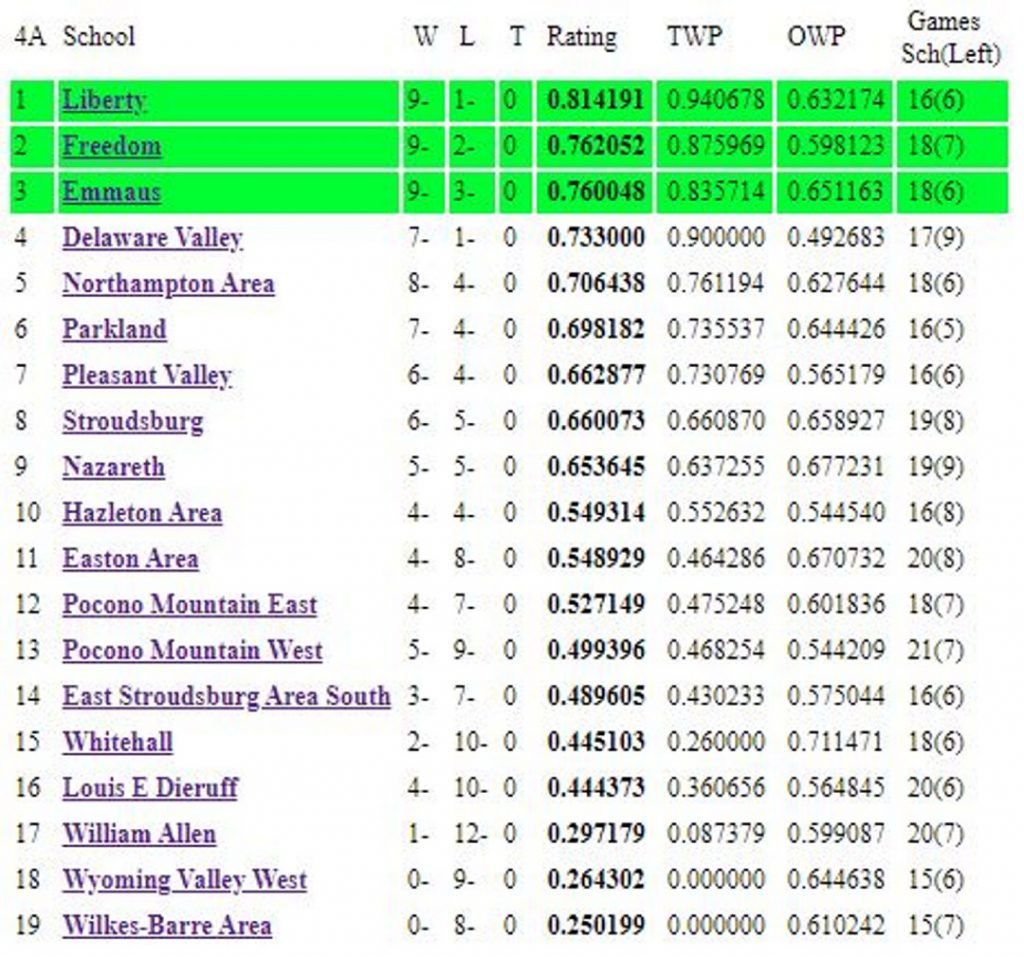 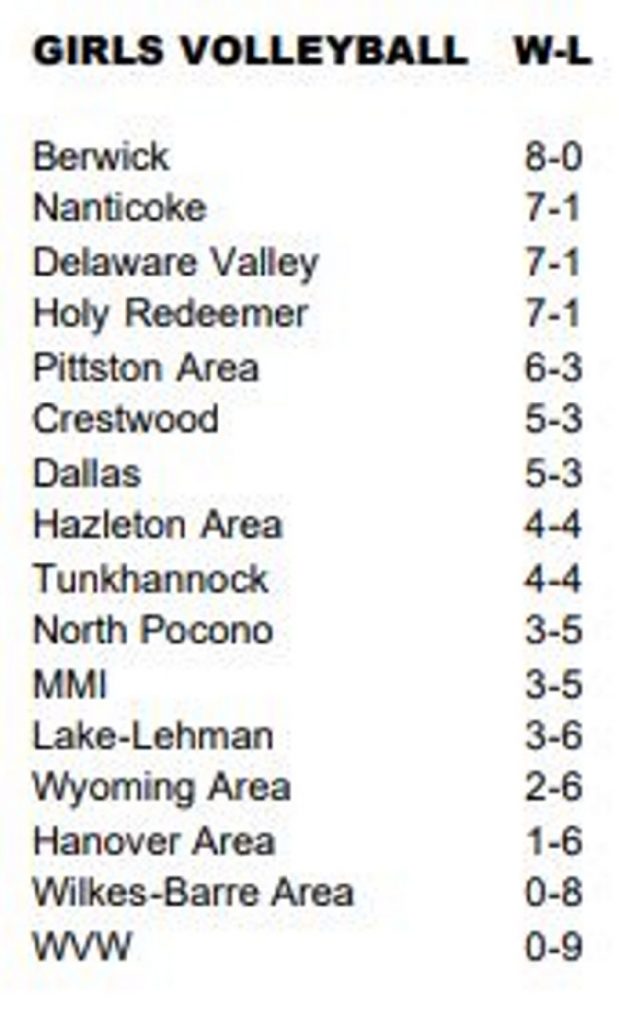 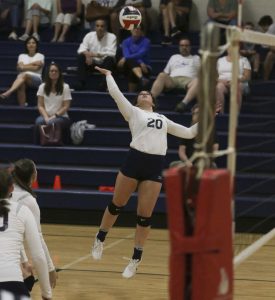