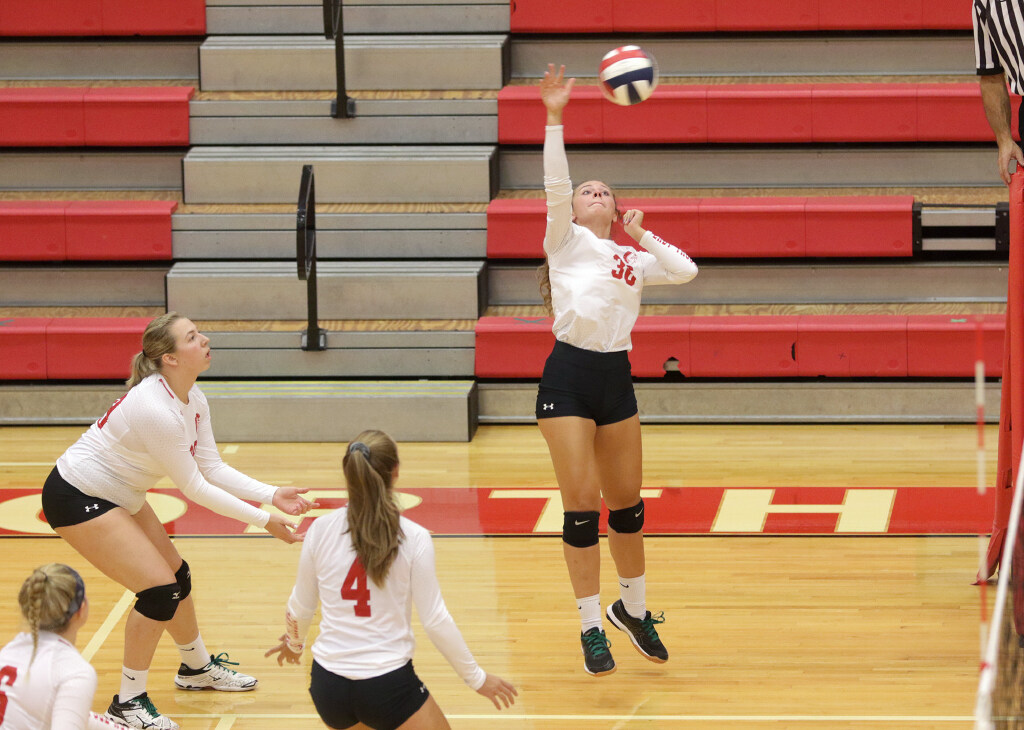 Well, now, didn’t the Lady Trojans make quite an impression after moving over from the Wyoming Valley Conference? League schedule makers certainly didn’t make things easy for the newest member when they had North Pocono’s first two opponents being Dunmore and Blue Ridge. Those two programs have combined for more than 120 wins in the last four seasons. But wouldn’t you know it, North Pocono made a very strong first impression.

Now, anybody who follows girls volleyball, and ON THE BLOG does, knows that North Pocono has a great tradition. And the Lady Trojans did receive consideration for the league title this season. And now, they are the favorite.

On Tuesday, the opening night of league play in the delayed season due to the coronavirus pandemic, North Pocono stunned Dunmore, 3-1.

COVINGTON TWP. – North Pocono had a smashing debut.
In their first match as a member of the Lackawanna League, the Lady Trojans earned a 3-1
(15-25, 25-11, 25-23, 25-19) win over perennial power Dunmore as senior Sam Zaic led the way with five kills Tuesday night in a match played in an empty North Pocono High School gymnasium due to Gov. Tom Wolf’s indoor gathering restriction of 25 amid the coronavirus pandemic.
“I was really excited,” Zaic said. “Going in, I knew this was going to be a tough game knowing how good a team they are and how well they did last season. We just had the right mindset to push through.
“We were just out there having fun.”

North Pocono’s Jordan Goetze hits the ball back to Dunmore during a match at North Pocono.
Photo by Jake Danna Stevens

On Thursday, North Pocono hit the road and pulled off a win over Blue Ridge in a marathon five-set match,

STAFF REPORT
Sam Zaic had 11 digs and nine kills and Elizabeth Schieber had 21 assists to lead North Pocono to a 3-2 win over Blue Ridge in a Lackawanna League girls volleyball match Thursday.
Megan Betti had seven kills for the Lady Trojans, Emma Monson had five kills and Kendra Jordan had eight digs.
Hunter Heeman had 14 kills and six points for Blue Ridge, Breanna Post had six kills and 19 points, Lydia Andusko had 22 digs, Foxlynn King had eight kills and 20 digs and Libby Zick had
30 assists and nine points.

So, what does this all mean? Well, for starters, North Pocono looks very strong and with the new schedule where every team plays each other only once, is at the top of the standings in Division I.

It also means that the Lady Trojans have leaped in ON THE BLOG’s Top 5 ranking this week.

Now, Delaware Valley remains No. 1 after a 1-1 start to the season. The Lady Warriors opened with a convincing win over Hazleton Area, but lost in four games to WVC favorite Nanticoke. North Pocono jumped all the way to No. 2 and Blue Ridge, Dunmore and Western Wayne all slid one spot. 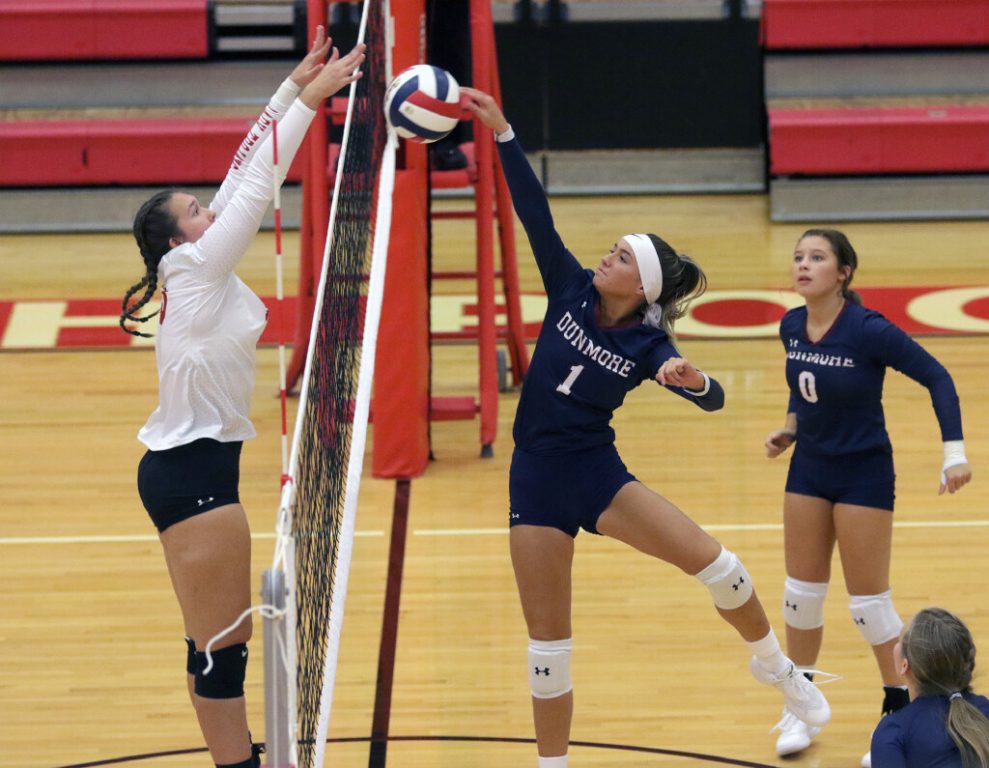 So, this season is full steam ahead and take a look at the matchups this week. Dunmore travels to defending league champion Western Wayne, which has won 27 regular-season matches in a row, on Tuesday.

Then, Thursday, Western Wayne takes a trip to Blue Ridge. Last season, the Lady ‘Cats swept the battles, 3-0 and 3-2.