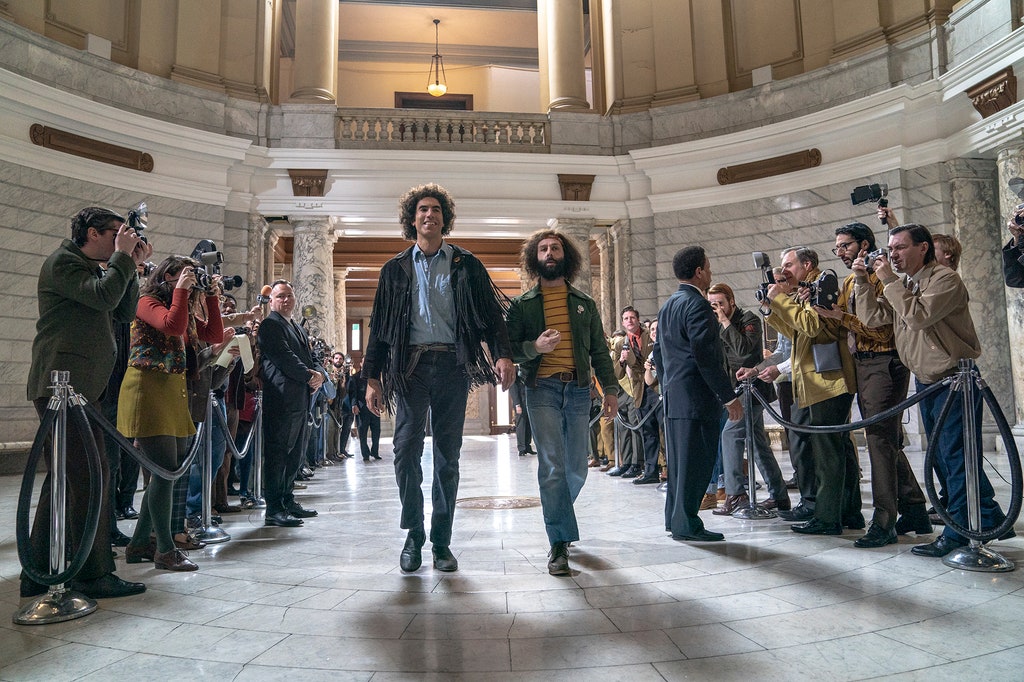 What to stream: AFI’s best of 2020 selections

The American Film Institute recently selected its 2020 Movies of the Year and Television Programs of the Year, so if you’re still looking for something to watch, binge or put on your to-watch list, here’s some inspiration.

AFI selected a few films that aren’t yet out, so do be sure to watch for these three upcoming films on the list. “Judas and the Black Messiah,” directed by Shaka King, stars Daniel Kaluuya as Fred Hampton, the inspiring young Black Panther leader who was murdered by the FBI in 1969. The film will be available to stream Feb. 12 on HBO Max (as well as in theaters). Also be sure to catch “Minari,” Lee Isaac Chung’s sensitive autobiographical film about a Korean family moving to an Arkansas farm. That film will be in theaters Feb. 12, and available on premium video on demand Feb. 26. Finally, don’t miss Chloe Zhao’s Frances McDormand-starring look at life on the road, “Nomadland,” which will bow in theaters and on Hulu starting Feb. 19. The film has received many laurels from critics’ groups already and is sure to heavily figure into the awards conversation.

They also named several Netflix original shows to the TV list, including many popular titles like the bodice-ripper “Bridgerton,” British royal drama “The Crown,” addictive chess series “The Queen’s Gambit,” starring Anya Taylor-Joy, and the Berlin-set drama “Unorthodox,” which follows a young woman escaping an orthodox Jewish family in Brooklyn. If you haven’t binged these series already, consider this your final nudge.

Several other selections are available on Amazon Prime, including the films “One Night in Miami,” Regina King’s directorial debut about a meeting between Malcolm X, Sam Cooke, Muhammad Ali and Jim Brown, and “Sound of Metal,” a tremendously moving film about a heavy metal drummer, played by Riz Ahmed, losing his hearing.

For AFI’s best of 2020 on Disney+, catch the Baby Yoda-starring Star Wars spinoff “The Mandalorian” and the animated Pixar feature “Soul,” as well as the filmed stage production of “Hamilton,” which received an AFI Special Award. The institute also awarded the Ethan Hawke-starring series “The Good Lord Bird,” about the abolitionist John Brown, available on Showtime, as well as the fantasy horror series “Lovecraft Country” on HBO, the women’s movement series “Mrs. America” on Hulu, and the utterly charming Jason Sudeikis-starring soccer comedy “Ted Lasso” on Apple TV+. Rounding out the best of TV list is the beloved “Breaking Bad” spinoff “Better Call Saul,” starring Bob Odenkirk. Stream or watch Season 5 on AMC and the prior seasons on Netflix.