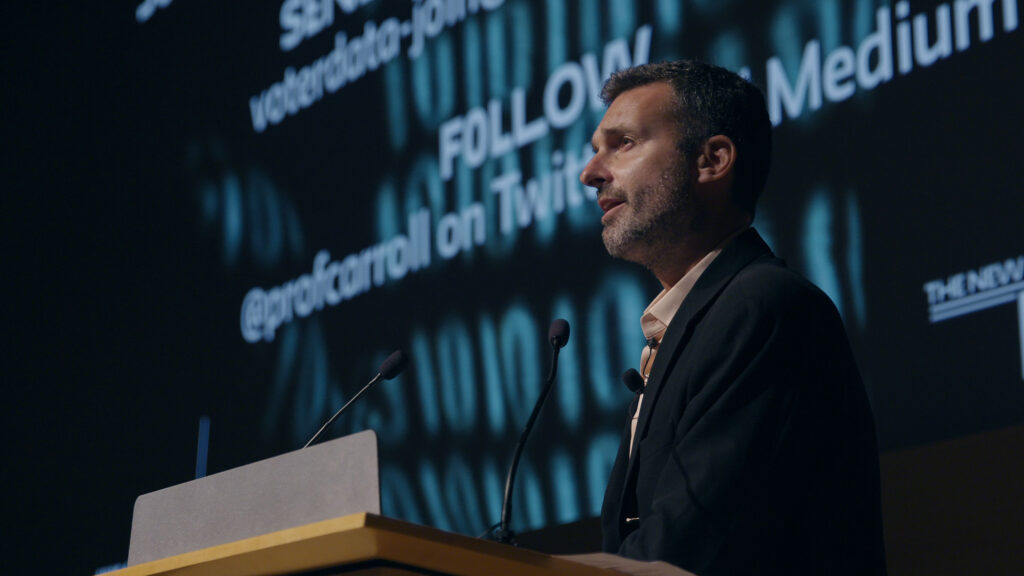 Karim Amer and Jehane Noujaim’s documentary “The Great Hack,” streaming on Netflix starting July 24, should be required viewing for every American citizen (make it a double feature with the Steve Bannon doc “The Brink”). Then every American citizen should delete Facebook. At a bare minimum, we should seriously consider the devil’s bargain we’ve entered into with the behemoth social network, trading our privacy for status updates and family photos.

“The Great Hack” lays out in careful detail how every like and share can be transformed into a data point to be analyzed, harnessed and shaped into the targeted information that follows us around our own internet bubbles. Data is big business: bought and sold for million dollar contracts, irreparably changing the world that we live in. Yet none of that data belongs to us.

If this all sounds overwhelming, it is. But “The Great Hack” spins the story of the British data-driven political consulting firm Cambridge Analytica and its cannibalistic relationship with Facebook user data into a thrilling yarn of political espionage and fascinating characters. However, this isn’t hollow entertainment. The film insists upon the gravity of the situation, toggling effortlessly between the micro and the macro lens on this tale.

The human stories at the center of “The Great Hack” are what make it such an effective movie-watching experience. But it’s also a subtle underlining of the argument that it’s what humans choose to do with technology that determines consequences that make up our reality. The starting point is David Carroll, an American professor of media design who decides, as a form of activism in the wake of the revelations about the improper use of Facebook user data to manipulate the the 2016 presidential election, that he will request his personal data from Cambridge Analytica. The research and communications consulting firm scraped the profiles of millions of users, including messages, updates, photos and more, to create sophisticated personality models and target those seen as “persuadable,” in an experiment of “psy-ops,” psychological operations and communication warfare, that led, ultimately, to Brexit and the election of Donald Trump.

From David we hop to pink-haired Cambridge whistleblower Christopher Wylie, and ultimately to the star of the show, Brittany Kaiser, whom we first encounter in a pool “somehwere in Thailand.” The brassy American political consultant is a fascinating character, a former Obama intern who ended up working for a company that Steve Bannon helped to create, pitching deals to Brexiters and writing contracts for the Trump campaign. She’s a flawed heroine, someone who many people don’t trust, despite her willingness to finally tell the truth about the company’s activities. There are times when as a viewer, you don’t know what to make of Brittany’s guarded candor. Is she saving face or saving the world? Probably both.

What “The Great Hack” demonstrates is that it’s not about one probe, one report, one big bad guy to pin it on. With firms like Cambridge Analytica, who needs Putin? The lucrative data industry is of a higher value than oil, and the raw crude is us, filtered through glowing screens of hearts and personality quizzes; terms and conditions agreements hastily skimmed. Facebook and Cambridge Analytica are only the symbols of this larger problem. If they go down, another will pop up in its place. In our rapidly changing world, it’s our data, ourselves, and who controls it controls the world.