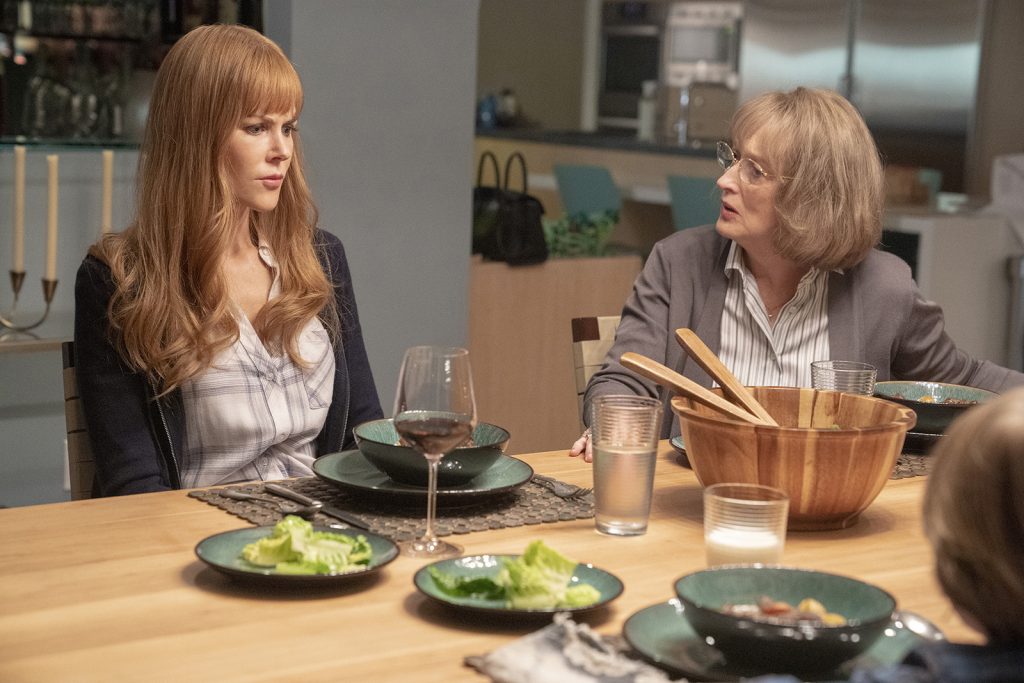 When last we saw the women of “Big Little Lies” in 2017, they had vanquished an execrable enemy and had seemed to find a collective measure of peace and closure.

Based on the novel by Liane Moriarty and featuring one of the best casts in the history of modern television, HBO’s limited series “Big Little Lies” was a popular and critical success, garnering 16 Emmy nominations and eight wins. Here’s the great news: The “limited” series now has a second season (premiering June 9), with none other than Meryl Streep joining that all-star cast led by Nicole Kidman, Laura Dern, Reese Witherspoon, Zoe Kravitz, Shailene Woodley, Adam Scott and Alexander Skarsgard.

That’s right: Skarsgard is back, even though his abusive and monstrous Perry was killed off in Season One, and I’ll say no more than that.

In keeping with the first chapter, “Big Little Lies” Season Two is a smart, dark, gripping, often wickedly funny story of beautiful people living with ugly secrets while committing dirty deeds in stunningly gorgeous Monterey, California. We hit the ground running with such force you might want to fasten your seatbelts.

And that’s just the Cliff’s Notes version of the rising tides of melodrama engulfing this seemingly idyllic community.

It’s pure joy to watch these brilliant performers interacting with one another, whether their characters are in conflict, bonding over deep secrets or leaning on one another as they deal with the often-disappointing men in their lives. They are magnificent.

How could it get any juicier, any more entertaining? Oh, how about Streep as the peculiar and blunt and deeply unsettling Mary Louise, mother of Perry, who has come to town to help Celeste with her sons but also to seek the truth about her beloved, “perfect” son, who couldn’t possibly have done the things they say he did.

(Nifty sidebar note, courtesy of a Vanity Fair article: When Moriarty was writing the novella upon which Season Two is based, she had Streep in mind for the part of Perry’s mother and named her Mary Louise because that’s Streep’s given name.)

When Madeline asks how Mary Louise is doing, the reply comes: “I can’t complain. Actually I can.” (Beat.) “My son is dead.”

For once, Madeline is put on her heels and isn’t the dominant person in the moment — and it gets even more uncomfortable when Mary Louise says to Madeline, out of the blue: “You’re very short. I don’t mean that in a negative way.” (Beat.) “Maybe I do. I find little people to be untrustworthy.”

The Television Academy might as well start engraving the Emmy for supporting actress in a limited series with Streep’s name.

HBO made the first three episodes available for critics. When episode four debuts in a few weeks, I’ll be there not as a reviewer but a viewer, as keen as all the other “BLL” fans to see what madness will transpire next in this crazy town.