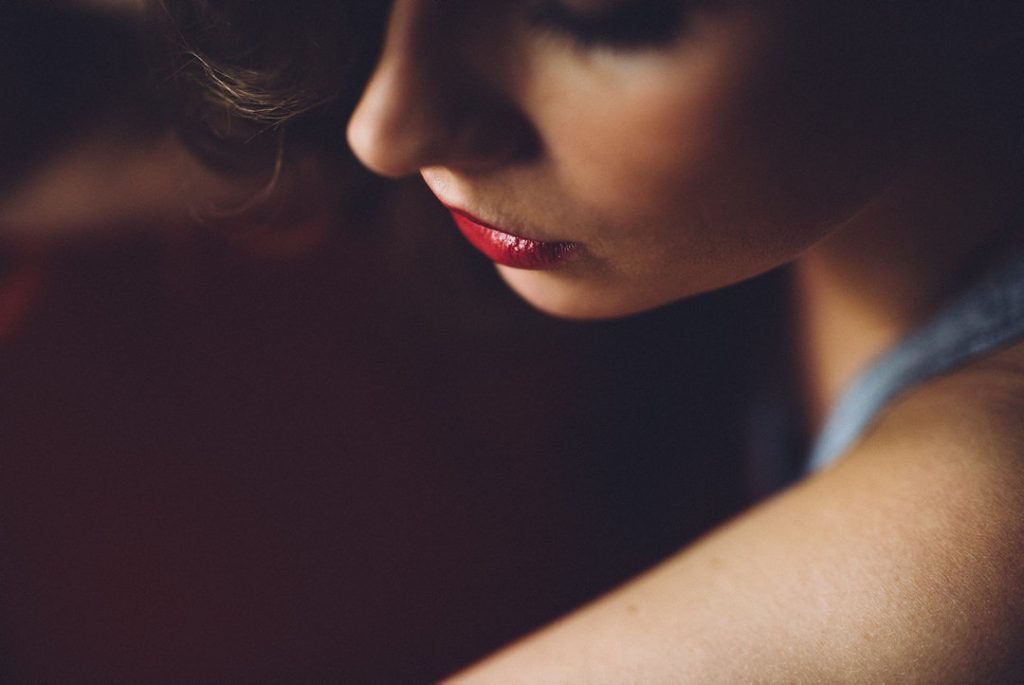 I’ve been married for two years to a woman whose sister is extremely manipulative. She finds reasons to touch me inappropriately — for example, “Your hair is so pretty. I have to pet it.” She puts an arm around my shoulders or comes toward me and puts both hands around my neck. This past weekend, I was seated on the couch, and she came up behind me, grabbed me, kissed me as far down my neck as she could, and swiftly left. All of this creeps me out, but because she always does this when other relatives are around, and I’m new to the family, I don’t feel I can snap at her or push her away. My wife alternates between being intimidated by her sister and feeling she has to protect her, and she refuses to say anything to her. She now seems to blame me for being offended! Do I keep trying to get through to my wife? Demand my sister-in-law explain her actions? Talk to her husband? Threaten to go to the police?

Family gatherings should not be indistinguishable from foreplay.

It sounds like you’re being visited by the Dark Triad, which, sadly, is not an after-school club for young Batman and his friends. It’s a set of three separate but overlapping malevolent personality traits: narcissism, Machiavellianism and psychopathy, which make for social and personal relationships that would more accurately be called “manipulationships.”

Narcissism is reflected by egotism, a lack of empathy and “grandiosity” (essentially a superiority complex — certainty of one’s greatness compared with the rest of us human worms slithering around).

Machiavellianism was named for the 16th-century Italian philosopher/political adviser Niccolo Machiavelli, who was basically “the tyrant whisperer” — if you take his book, “The Prince,” seriously (and not, as some have suggested, as a work of satire). It pretty much advises, “Hey, Royals, do what you need to do, no matter how rotten, to stay in power!” The personality trait named for him is characterized by manipulativeness, callousness, self-interest and what Dark Triad researcher Monica Koehn describes as “a ruthless lack of morality.”

Finally, there’s psychopathy, which shows itself in antisocial behavior, selfishness, impulsivity and a lack of remorse. And not surprisingly, there’s a fourth trait some researchers have suggested adding to the Triad: “everyday sadism,” reflected in getting pleasure out of harming others.

Dark Triad traits lead to an aggressive, exploitative way of interacting with others, like that of your toxic, sexually abusive sister-in-law. Koehn observes, “All three traits are associated with the propensity to engage in repeated sexual advances also known as ‘sexual harassment’ and may have played a role in some of the noteworthy, alleged cases of sexual harassment discussed in the media.”

Your sister-in-law is a skilled psychological puppetmaster who weaponizes others’ emotions to get away with controlling and abusing them. In this case, your wife’s fears of displeasing her sister, and her companion desire to protect her, as well as your unsteadiness about your place in the family allow your sister-in-law to turn any family gathering into the Wild Touchyfeely West.
Unfortunately, personality doesn’t come in a cartridge we can pull out and replace with another like in a gaming console.

Chances are the only way to change Peppermint SocioPatty’s behavior is to change your own — while being mindful of what sneaky, reality-distorting saboteurs Dark Triad types can be.

In short, you need to change your boundaries from silent to spoken — but without ever going the slightest bit angry or ugly. Also vitally important is talking only about your feelings and avoiding anything that sounds even the tiniest bit accusatory. (Go angry, ugly and/or accusatory and she will run with it — transforming herself into the poor, persecuted waif-in-law abused by the scary, unstable, brute brother-in-law.)

The next time she touches you, tell her this: “Just a little thing: I don’t feel comfortable being touched in caressing ways by anyone who is not my wife.” In saying it this way — talking about your feelings — you are not accusing her of anything; you’re simply voicing an observation about the inner you.

If she starts to squawk, if she tries to bait you into anger or if she just tries to engage in a discussion, don’t bite. It’s not up for discussion (and you will lose to her every time, anyway). Calmly repeat your feelings line and walk away. You’ll show that you make a poor choice of victim, and family gatherings should stop doubling as a sexual grazing ground for the free-range sociopath-in-law. “Hospitality” is supposed to mean making your guests feel at home, not letting them feel you up at home. (Welcome to “Brady Bunch: SVU”!)