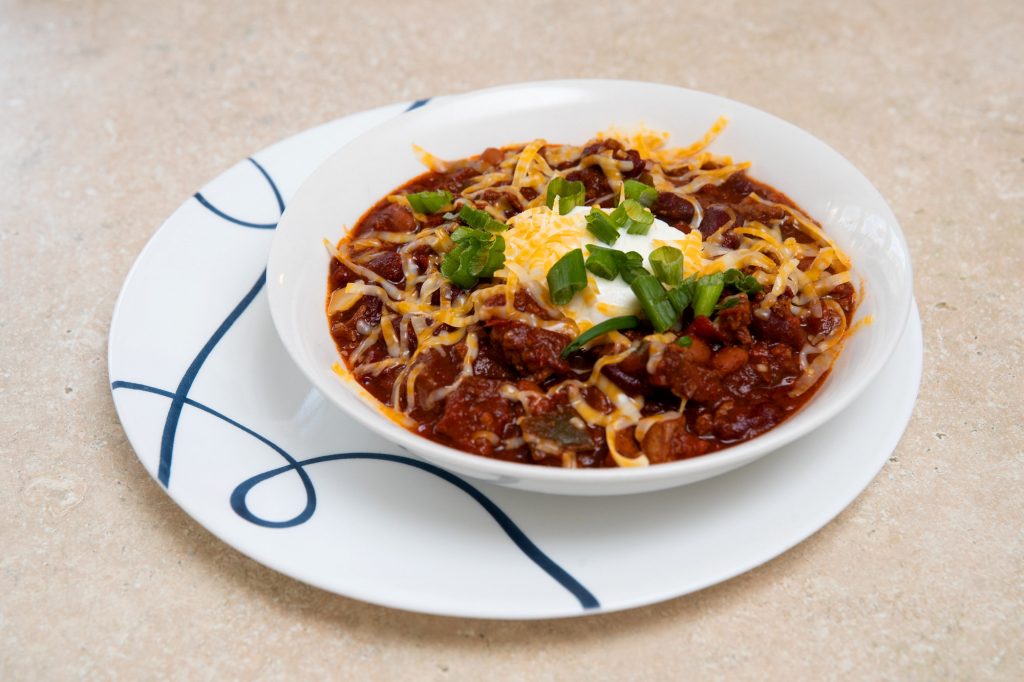 While we’ve tasted a lot of them, we believe Chili recipes are like snowflakes — no two are alike.

Also, now more than ever, dinners that can last for more than a night are a necessity. Grocery store trips should be kept to a minimum, so families are looking for dishes they can make in bulk and freeze.

These meals still should be tasty, though, and that’s where Liz Murray and her Chili recipe come in.

“When you’re thinking of dinners to make in big batches, the go-to is always Chili,” Murray said recently by phone. “That’s OK, though, because everyone loves Chili, probably because there’s so much you can do with it.”

The Scranton resident’s Chili recipe earned her a $50 gift card to Riccardo’s Market, 1219 Wheeler Ave., Dunmore. She got the recipe from her mom, Margaret, who worked the midnight shift and leaned heavily on easy slow-cooker meals she could make for the family (including Murray’s father, Ken, a pastor) while their kids were at school. 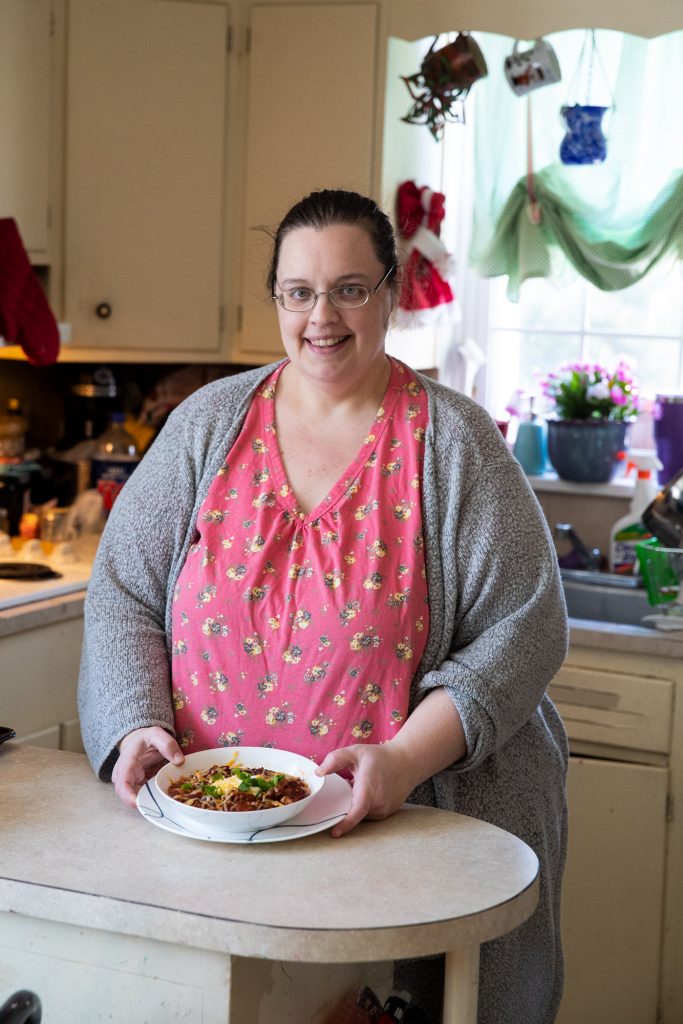 While Murray’s changed up a few parts of her mom’s recipe, the basics remain the same. Murray said her husband, Chris, is big into barbecuing, so any time he makes a London Broil, Murray freezes it to then cube and add to the Chili. This gives it a little extra flavor and texture.

“It melts the meat down and makes it taste really good,” Murray said. “It just gives it that added something.”

For those who are not into eating red meat, cooks at home are welcome to use ground turkey instead, Murray said. Vegetarians and vegans also can adapt this recipe by incorporating more beans and vegetables. She even suggested that those who prefer their chili to have some more heat could add jalapenos or hot sauce (like her husband does). Whatever the case, cooks shouldn’t be afraid to tailor this recipe to their liking, Murray said.

“Chili is pretty forgiving,” she said, laughing. “You can pretty much put whatever you’d like in it, however much you want, and it’d probably taste pretty good.”

The fixings make the Chili, too, Murray said, and she typically serves hers with sour cream, shredded cheese and corn bread.

Though she makes a great pot of Chili, Murray considers herself more of a baker than a cook. She makes dozens of kinds of cookies around the holidays but still finds time to bake throughout the rest of the year. And her children — Katie, 6; Olivia, almost 5; and Alex, 3 — love to make and decorate sugar cookies with their mom. Murray usually passes out these goodies to the family’s neighbors, who welcome them with open arms.

“There’s something about giving fresh-baked cookies to someone else,” she said. “It’s something we’re all missing during this, those moments we share with each other.”

Sear and cube London broil. Brown and drain ground beef. Put everything into a slow-cooker and cook on low for 8 to 10 hours (or until meat breaks down and chili becomes a stew-like texture).