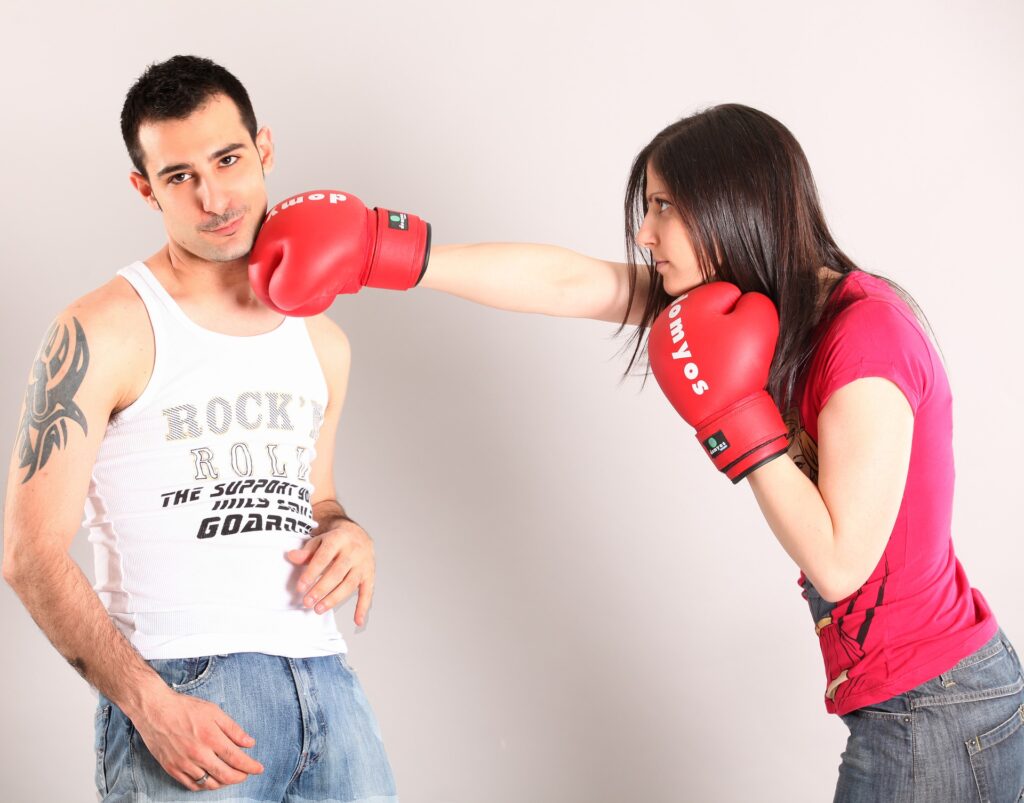 Revenge on abusive ex-boyfriend not answer

Two weeks ago, I finally dumped my totally abusive jerk of a boyfriend. I do miss him, but I know I made the right decision. I came to see that he was cruel, manipulative, sociopathic and toxic. However, I stupidly went on Facebook and saw that he already has a new girlfriend! I’m so pissed that I was replaced so quickly. I do not want him back, but I do want to make him suffer, basically to get revenge for all he put me through. My friend keeps telling me revenge is unhealthy and toxic and forgiveness is good for you and I need to forgive him. Is she right?

Revenge looks so Clint Eastwood-cool in the movies — less so when you get  arrested for keying “micropenis!!!” into your ex’s car, right under a street cam.

In fact, evolutionary psychologist Michael McCullough explains in “Beyond Revenge” that the revenge motive seems to be “a built-in feature of human nature,” a sort of psychological police force guarding our interests.It was likely vital to the evolution of human cooperation, which in turn led to essential human innovations such as flush toilets, open-heart surgery, and the Dorito. Research that McCullough cites suggests the revenge motive has three functions: Deterring aspiring aggressors, deterring repeat aggressors, and punishing (and reforming) freeloading moochbags.

The thing is, revenge has a companion motivation, forgiveness, which McCullough describes as “an internal process of getting over your ill will for an offender.” Interestingly, whether we forgive appears to be context-sensitive, meaning it usually isn’t the particular crime so much as the particular criminal that matters. McCullough notes that the forgiveness motivation seems to switch on when there’s a valuable relationship at stake—a continuing relationship between the harmer and harm-ee. In your situation, however, there’s no ongoing relationship to motivate you to forgive the guy. And though forgiveness is correlated with mental health and  even physical well-being, the assumption that forgiveness is always the best course of action is a little under-nuanced.

For example, McCullough writes that people with strong social support networks that encourage hostile responses to offenders can end up feeling “justified, comforted and satisfied (by) their unforgiving stance” and “may not experience any negative emotional or physical consequences.” On the other hand, he notes that “people who feel coerced to ‘forgive and forget’ may find their post-offense distress exacerbated.” To decide what’s best for you, consider the reason you give for wanting revenge: because your ex was on to the next woman pronto after you dumped him. Also consider that you now identify him as a pretty terrible person and partner. Of course, the reality is, we all want to be wanted, sometimes even by people we really don’t have any business wanting. But ask yourself something: In light of the sort of person you now see him to be, is it
surprising in the least that he immediately latched onto his next victim? Next, look at your life and calculate how much time and energy you’re investing in thinking dark and nasty thoughts about him. Is keeping the hate fires burning for him benefiting you? Does it feel energizing (that is, rewarding),or does it feel a bit poisonous, psychologically and maybe even physically?

Sure, it’s understandable that you’d long to do something — take some action, even the score — in response to feeling angry. However, if the reason for your anger is ultimately that you didn’t look too closely at whom you were getting together with, maybe what’s most productive for you now is deciding to let go of the past and working on being better at boyfriend vetting in the future. This starts with reviewing your last relationship from start to finish. Be intensely honest with yourself about all you overlooked about the guy and how you got used to his escalating levels of abuse as your continual “new normal.”

By focusing on your part in this and how selective you need to be, you can shift into a sense of satisfaction that things will be different for you in the future. You should find this a welcome replacement for the head  versus heart loop you’ve probably been stuck in: Your head says, “Move on.” Your heart says, “Sure thing — behind the wheel of heavy machinery when he has nowhere to go but el squasho!”