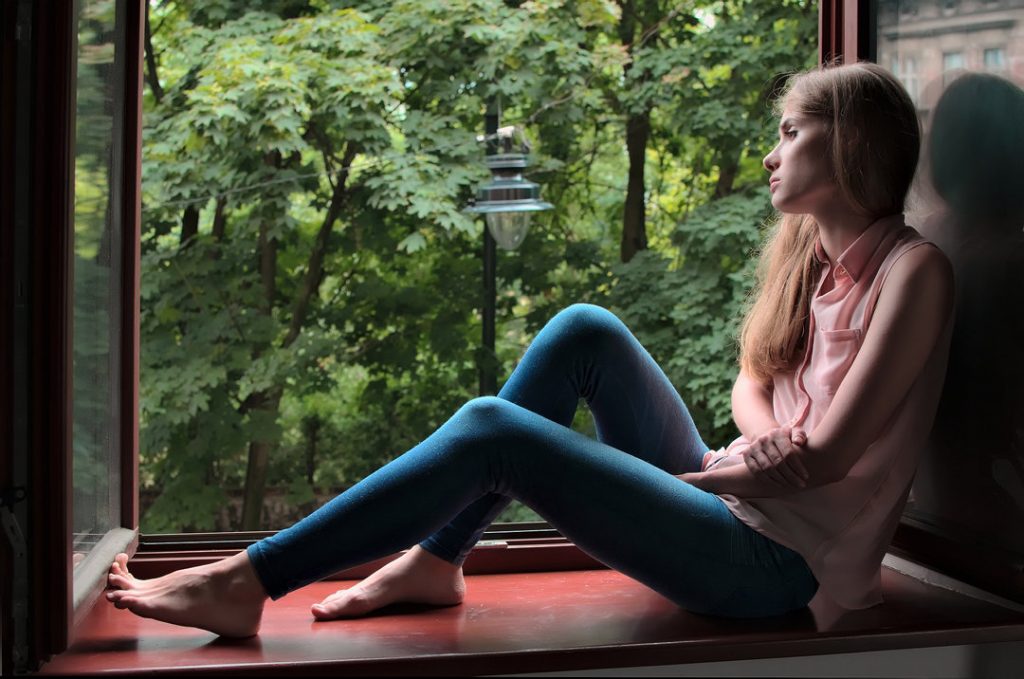 I’m a 29-year-old straight woman, and I recently started dating this guy I really like. The only issue is he seems a bit controlling. For example, he always wants to pick the restaurant and which TV show we watch. While I’m generally pretty go-with-the-flow, it seems like I never choose what we’re doing. It’s one thing to pick the restaurant, but I worry that he might be like this with bigger things (like if we got a place together or got married). Should I be worried?

It’s important to have a boyfriend who shows interest in your point of view, ideally beyond, “Are your arm restraints a little tight?”

But before we start measuring you for your “Handmaid’s Tale” bonnet, consider whether there’s a non-creepy, non-control freakish reason the guy wants to choose the dining establishment and the entertainment. Is he some extreme foodie who pores over restaurant reviews and follows chefs like other guys follow baseball players, while you’re simply a chick who likes to eat out?

However, save for the few areas one’s partner has special expertise, there are things in a relationship that can be outsourced, and your decision-making should not be one of them. You create who you are through your choices, and if you make no choices, there’s no “you.”

The elimination by a partner of the need for you to have an opinion could be the beginnings of “coercive control.” This is a term by sociologist Evan Stark for an insidious form of subjugation in a relationship that an abuser uses to dominate and control their partner. It’s a gradual psychological hostage-taking, breaking down a person’s independent self, his or her concept of reality, and his or her ability to make decisions for him- or herself.

Victims of coercive control suffer “perspecticide,” which Stark described as a loss of the ability to “know what you know.” This comes through their gradual isolation from friends and family and losing touch with their opinions, desires and values, including their ability to discern what is right and wrong. The abuser (who research found can be male or female) often resorts to intimate partner violence when coercive control of the victim fails, like if he or she shows a flash of independent thought.

In a healthy relationship, a person does not get erased, his or her perspective never taken into account. Healthy relationships are interdependent. Though one partner might not agree with the other’s every belief and idea, they generally respect each other’s thinking and are open to their suggestions. Marriage researcher John Gottman described this as partners accepting each other’s “influence.”

This mutual influencing seems to make for more satisfying romantic partnerships with more staying power, explained Gottman: “Men who allow their wives to influence them have happier marriages and are less likely to divorce than men who resist their wives’ influence. Statistically speaking, when a man is not willing to share power with his partner, there is an 81% chance his marriage will self-destruct.”

Women tend to be higher in a “pleaser” personality trait, “agreeableness,” which, on a positive note, manifests in being warm, kind, generous and motivated to have positive interactions with others. On a darker note, it can make a woman with a dominant partner more likely to do as she’s told. That said, your feelings are not the boss of you, and you can simply decide to override them and assert yourself: Have opinions, make decisions and stand up for yourself.

Accordingly, your interactions with this man should be driven by the understanding that you are his equal in the relationship, not his subordinate. To see whether he’s up for an equal partnership — a girlfriend rather than a female serf — tell him you don’t think it’s healthy for you or the relationship for him to make all the decisions. Going forward, you want shared responsibility for decision-making. For your part in this, you need to take responsibility: Assert yourself by asserting your opinions and desires when there are decisions to be made. This is how you create a healthy relationship instead of a two-person totalitarian state — complete with a “Gulag Sweet Home” needlepoint and where mundane questions like, “How was your day?” kick off your Soviet show trial.