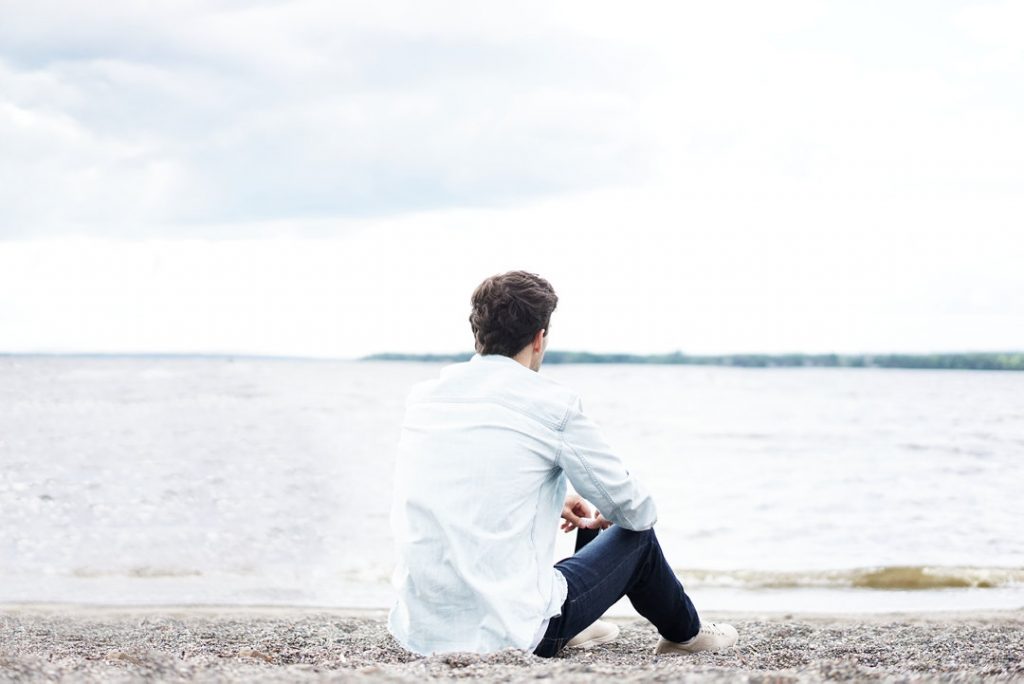 Getting my boyfriend to talk to me about his feelings seems impossible. I know guys tend not to be super emotive, but trying to get a read on what he’s feeling is like trying to understand a foreign language. How can I get him to open up to me?

If only the Rosetta stone had included a fourth language: Heterosexual Male.

The Rosetta stone, for those who ditched history class to smoke pot behind the Dumpster, was a tabletlike rock fragment that turned out to have the same message in three languages: Egyptian hieroglyphics (long considered undecipherable), another equally mysterious form of Egyptian writing, and ancient Greek. The Greek words were the key, finally allowing scholars to translate hieroglyphics (the ancient Egyptian version of texting somebody a slew of emojis).

Getting back to your own translation issues, it’s understandable you’re frustrated by the language barrier or, rather, the lack-of-language barrier in your man’s continuing adherence to Mute Boyfriend-ese. Shouldn’t two adults in a relationship be able to engage in open discussions about their feelings?

Unfortunately, if they’re male and female, maybe not. Men and women have some major differences in what I’d call “emotional literacy”: the ability to read emotions, both in oneself and others. Men are not the unfeeling louts they’re too often made out to be. However, women tend to show more emotion than men and be better at guessing others’ feelings. (Compared with most men, they’re practically emotional psychics.) Research by psychologist Simon Baron-Cohen suggests that women are the emotional specialists of our species, driven from childhood on to identify others’ emotions “and to respond with the appropriate emotion.”

Men, in contrast, basically “major” in engineering from childhood on. Baron-Cohen explained that they’re driven to decode the workings of machines, math, objects in motion and other “rule-governed” (and thus relatively predictable) systems. A boy will take a screwdriver to a radio to see how it generates sound; a girl will mentally take apart her cousin to figure out why she’s suddenly gone all Bummerella.

These differences come not from “the patriarchy” or Disney princess movies but from millions of years of evolution. Differences in male and female physiology carved out differences in psychology and divisions of labor along male-female lines. Women, whose bodies are baby food dispensaries and who are children’s primary caretakers, evolved the emotional makeup to suss out the needs of infants, who lack the spoken-word skills to yell, “Hey, Ma, gimme a beer!”

Men, who evolved to be the warriors of our species, benefit in combat situations from being less in touch with their emotions – especially fear and sadness – explained psychologist Joyce Benenson. This would allow a man to storm into battle and get up close and spear-y with the enemy instead of doing what I, as an emotionally aware woman, would probably do: freeze, cry and wet my pants.

Of course, many individual men and women don’t fit neatly into the “men tend to”/”women tend to” boxes. For example, I’m not surprised by a recent archeological finding suggesting ancestral women (and not just men) were hunters. (Of course, a hunter-gatherer lady would’ve spent much of her life pregnant or breastfeeding, and it’s hard to spear a wild boar while clutching a hungry baby drinking his lunch.)

I’m likewise not surprised to encounter men who can lay their feelings out like cold cuts on a platter. As for men who can’t, there’s this notion that people who have trouble identifying and thus expressing their emotions can improve through study and practice. One tool for this is a poster with cartoon faces showing various emotions, each labeled with the particular emotion. (Google “how you feel today poster.”)

Realistically, however, the person best equipped to put names to your boyfriend’s feelings is probably you. Consider that men tend to express their emotions through their actions: slamming cupboard doors (mad), sulking (bummed), etc.

Ultimately you should consider whether your being happy with this man is contingent on his expressing himself like a woman. If you stay together, you’ll probably need to meet him more than halfway, meaning rely way more on guessing his emotions than his putting them into words.