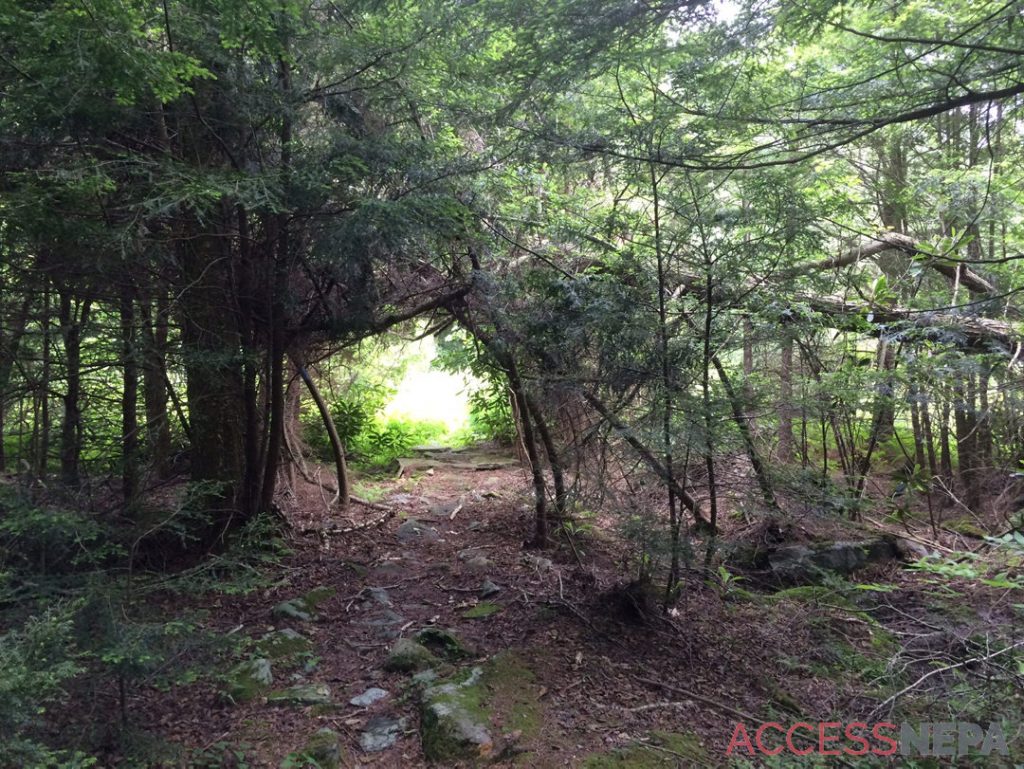 The extensive system of lakes at Promised Land State Park in Pike County provide myriad reflecting surfaces for the fall colors that have come to the forests of the park.

The 3,000-acre park, mostly surrounded by Delaware State Forest, is about 20 miles north of Stroudsburg.

While the name of Promised Land seems appropriate to those experiencing the lush environment of the area today, legend holds that the Shakers gave it that name sarcastically after failing to convert the rocky forests to farmland.

Logging throughout the region, however, proved very successful and by the early 1900s the area was almost completely devoid of trees, leading to erosion, fires and decline of wildlife.
That cleared the way for the state to buy the land for just 18 cents to $2 per acre from 1902-04, and in 1905 Promised Land became Pennsylvania’s fourth state park.

The state planted more than 370,000 trees to the damaged landscape from 1902-33, a practice that was supplemented by more than a million additional trees planted by the men in Civilian Conservation Corps Camp S-139-PA that operated in the park from 1933-41.

To relieve the rampant unemployment of the Great Depression, President Franklin D. Roosevelt created the CCC, which provided young men with food, clothes and a small paycheck, in return for building roads, trails and recreational facilities, fighting fires, planting trees and performing other conservation activities
CCC camps were built throughout the U.S. Pennsylvania had 151 camps, second only to California.

Promised Land’s Camp S-139-PA opened in May 1933. The CCC crews built the Pickerel Point campground, the Bear Wallow cabins, most of North Shore road and Egypt Meadow Dam.
If you’re looking to go leaf-peeping this fall, you can find places to stay in Pennsylvania on VRBO.

The state park celebrates its heritage with the Masker Museum, one of the largest CCC museums in the state. The museum normally is open from Memorial Day through Labor Day.