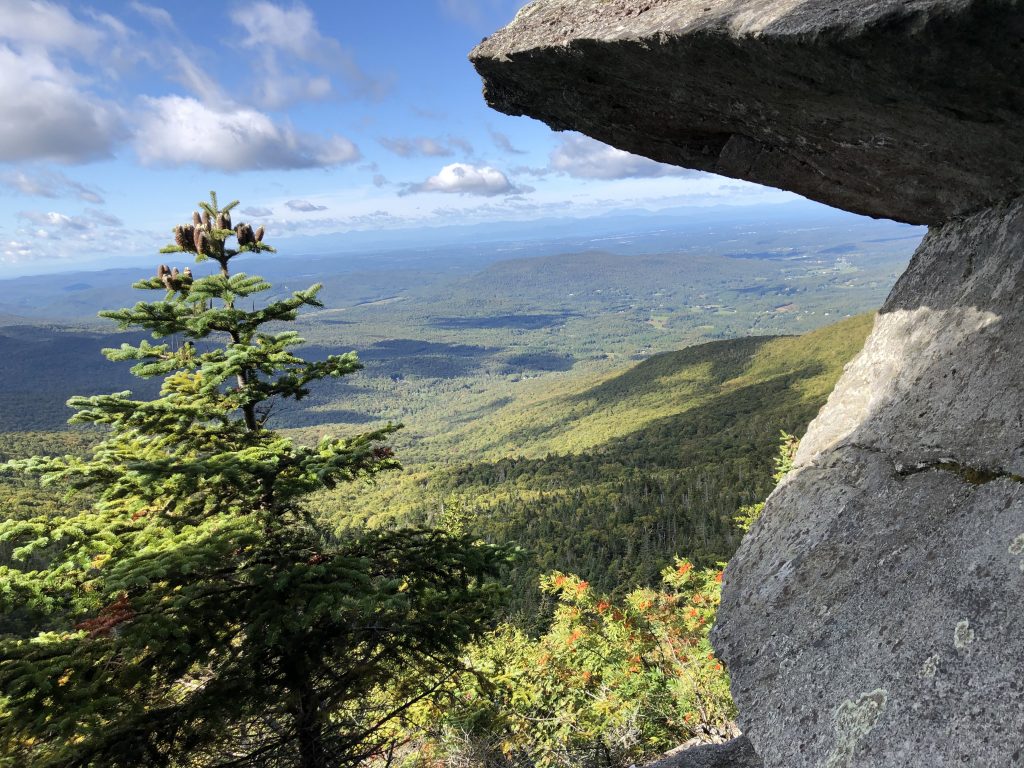 Freaking out on the trail

In front of me was the one thing I didn’t want to do.

I was standing there, near the top of Vermont’s Mount Mansfield, running through a mental checklist of options … none of them appealing.

I could turn back and hike a tough trail on trashed legs. Even then I would need to figure out a way out of the woods. Nope.

I could find a way around this. I peeked around. No luck.

I turned to my hiking partner Brendan. “Uh-oh.”

He came back with, “Well, that’s interesting.” 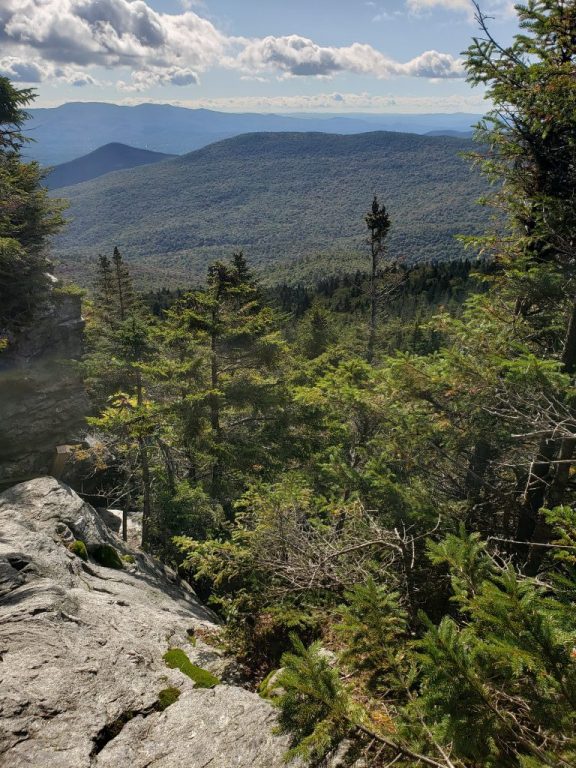 This is from near the section referenced in this post. We did not take any photos of that area because … well we were focused on what we were doing.

Backpacking can be a weird deal. It delivers dizzying highs and dumps you in soul-crushing lows. This particular low was above the clouds. It was my move and I couldn’t budge.

If you asked me previously if I was afraid of heights, I’m certain I’d say “no.” It’s not my favorite thing, but it’s never really been an issue either. I’ve been on plenty of mountain peaks and done all sorts of hiking and scrambled up my share of rocks. Even now, I’m not sure it’s the fear of heights as much as it’s the fear of being dead. Splitting hairs, I know.

But here it was. In front of me was a maybe four-foot-wide cliff, edged by a wall of granite that was slanted toward the valley below, making it almost impossible to stand up once you were on the cliff. The small tilt of the area where we needed to go had the added bonus of pulling your weight toward the edge.

If it was just a matter of walking along the rock until you were away from the dropoff, that would have been one thing. But no. You needed to step up onto the cliff, a step big enough that all your weight was going to be on one badly fatigued leg as you lifted yourself and your pack onto the edge.

It was also time to get on with it. I don’t know how long I stood there. I tried to convince myself that thousands of others have passed this spot before me and no one died.

Then, as I lifted myself onto the slab, “Wait, you don’t actually have any idea if anyone has died here.” I hate my brain sometimes.

On the cliff was scary, maybe not for others, but it was for me. I tried to keep four points of contact at all times with my hands and feet, scraping along the edge until I was at a place where I could skidaddle the hell out of there.

It was over and the payoff was another peak and views I’ll carry with me for years. I’ll also carry the memory of this tiny section of trail … a low point on the way to a high point.