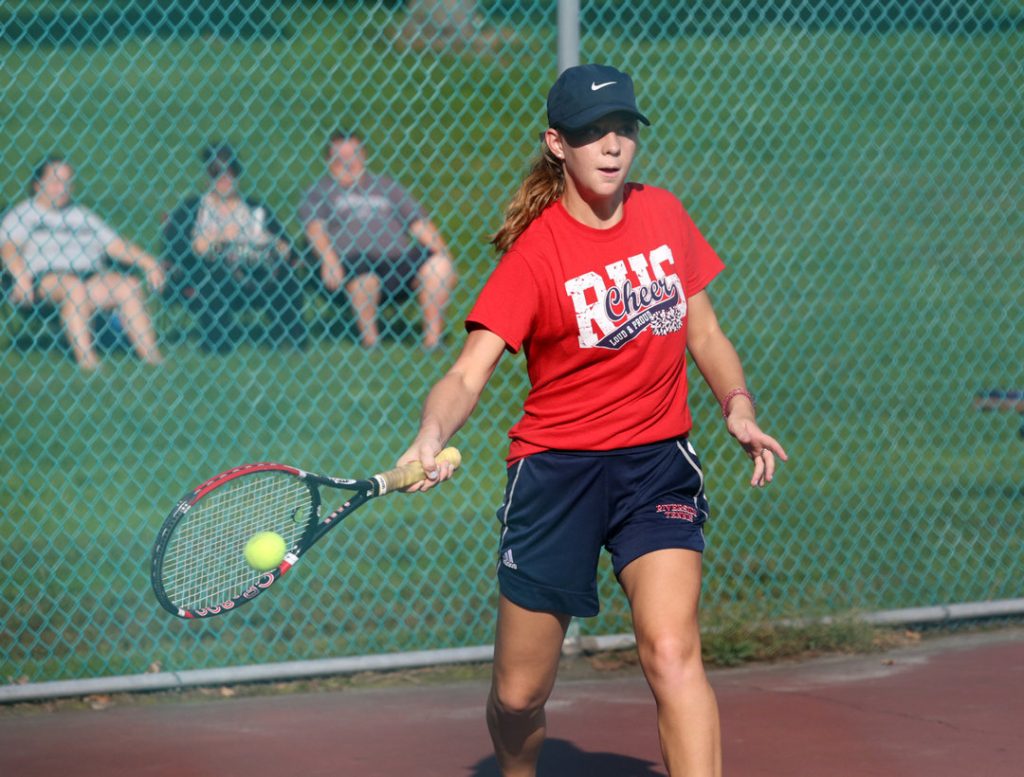 There are two schedule dates remaining in the Lackawanna League regular season. This afternoon and then finally, Thursday. Teams are still hanging in there for a possibility of reaching the District 2 postseason and Scranton Prep is inching closer to a Lackawanna League title.

What we know already, after Tuesday’s matches, is that there will be at least two new teams in the District 2 Class 2A field. With an expanded field it does create opportunities for teams to compete throughout their entire schedule with a hope and the potential to have at least one more match in a playoff setting.

West Scranton and Riverside have both clinched spots in the Class 2A field.

West Scranton, under the guidance of first-year coach Devinne Scott, secured a place in the tournament earlier in the year, while Riverside, which is coached by 2017 Times-Tribune Coach of the Year Robert Thomas, defeated North Pocono on Tuesday to move to 7-5 overall and guarantee at least a .500 record, which puts it in the tournament, as well.

Riverside also posted an impressive win over Valley View on Monday improving its record by six victories this season from 2018.

Of course, having Karissa Ghigiarelli, the No. 1 player in District 2, doesn’t hurt for the Lady Vikes. However, she can only account for 1 point of the three needed for team victories. Senior Allison Rempe has a record of 7-5 at No. 2 singles and freshman Isabella Aniska is 8-4 at No. 3. Rempe improved her singles record from 2-11 in 2018.

These are two programs which have had limited success but are enjoying fun seasons in 2019.

Due to their rejuvenated interest and energy, both have made tremendous strides in the Lackawanna League.

WEST SCRANTON AND RIVERSIDE RECORDS SINCE 2014 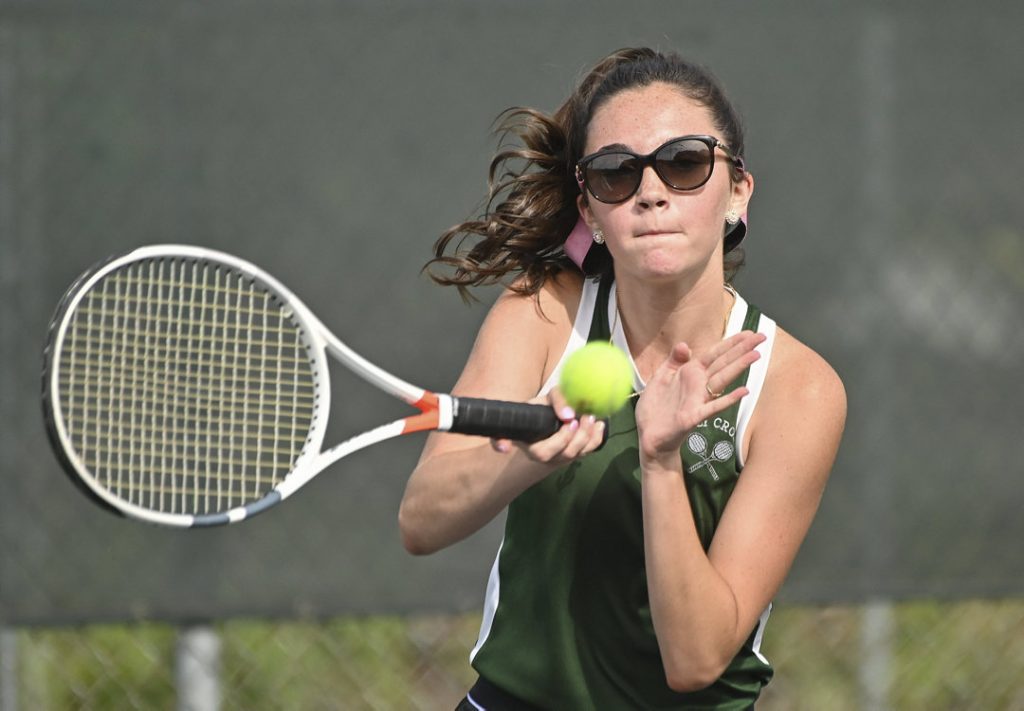 It looks like there are five Lakawanna League teams which appear headed toward the District 2 Class 2A playoffs.

Honesdale (8-9): The Lady Hornets are at Riverside today in a critical match and finish at home with Montrose. If they lose one of the two final matches in the Lackawanna League, they will still make the tournament because of finishing with a .500 record within the league. 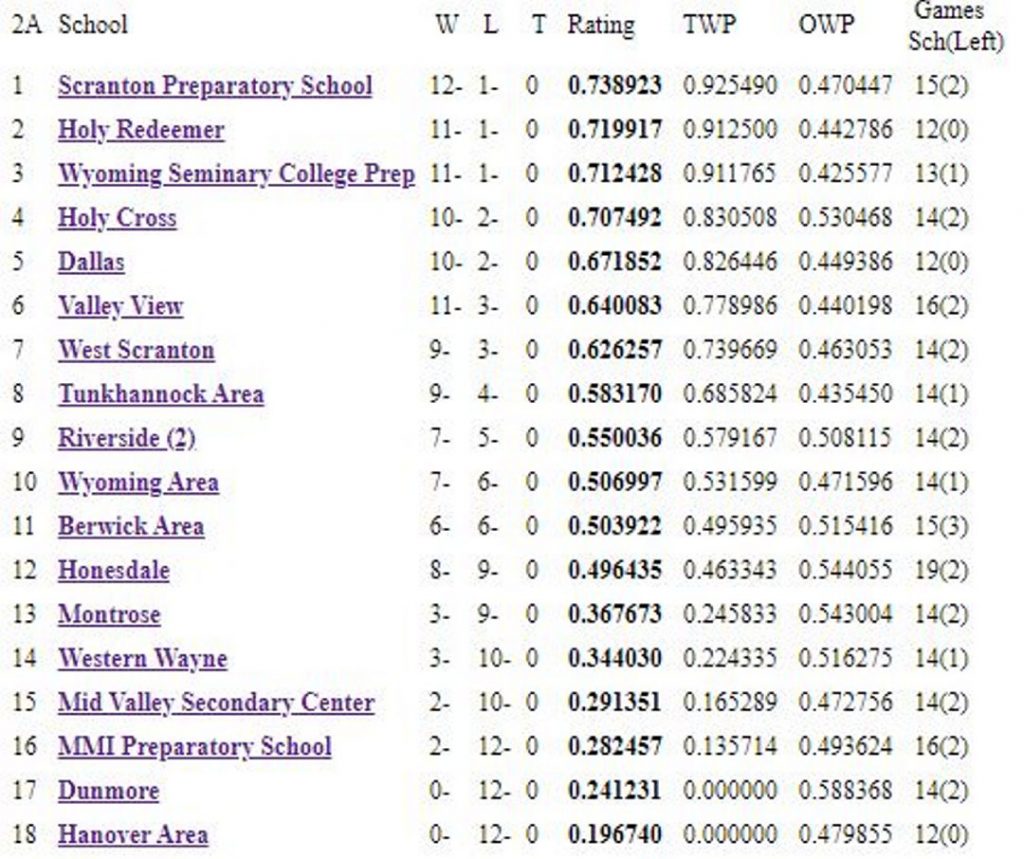 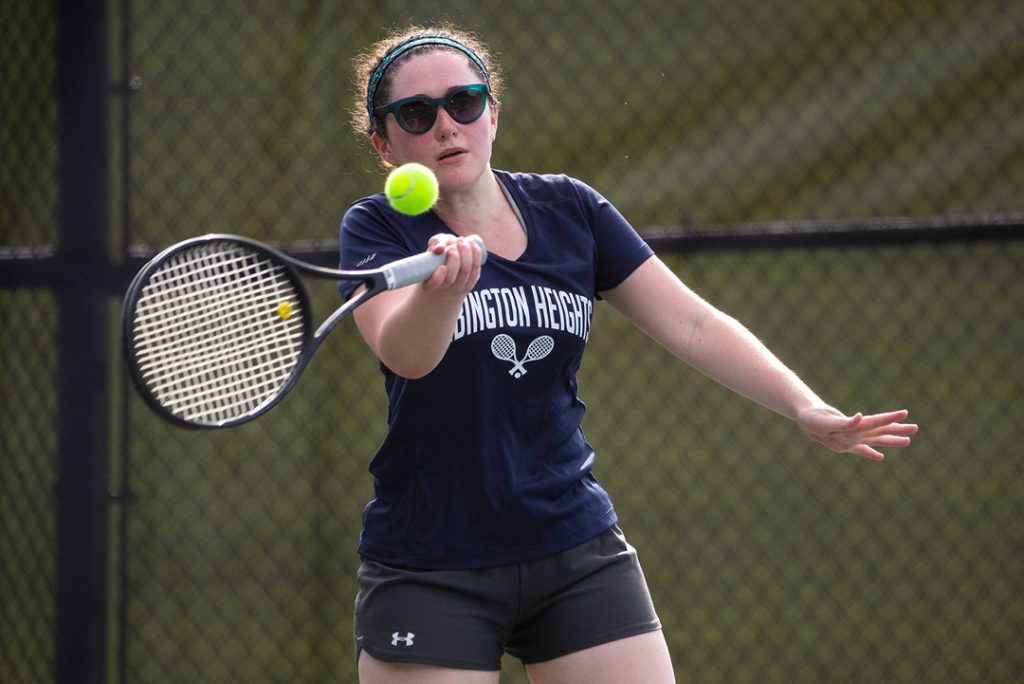 There are four teams from the Lackawanna League that have qualified for the District 2 Class 3A tournament. 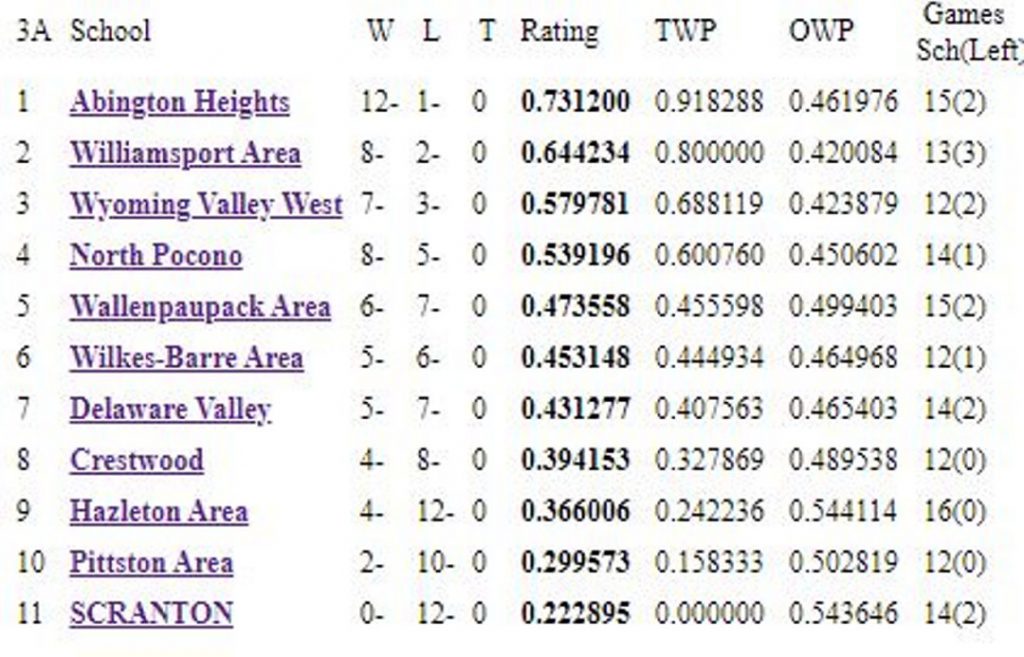 Scranton Prep needs only one win to clinch a tie for the league championship. The Classics close out the regular season with a home match against Delaware Valley today and then will be at Valley View on Thursday.

If Scranton Prep wins the league crown, it will be the fifth for the Classics in the last eight season since the LIAA moved back to a one-division format. 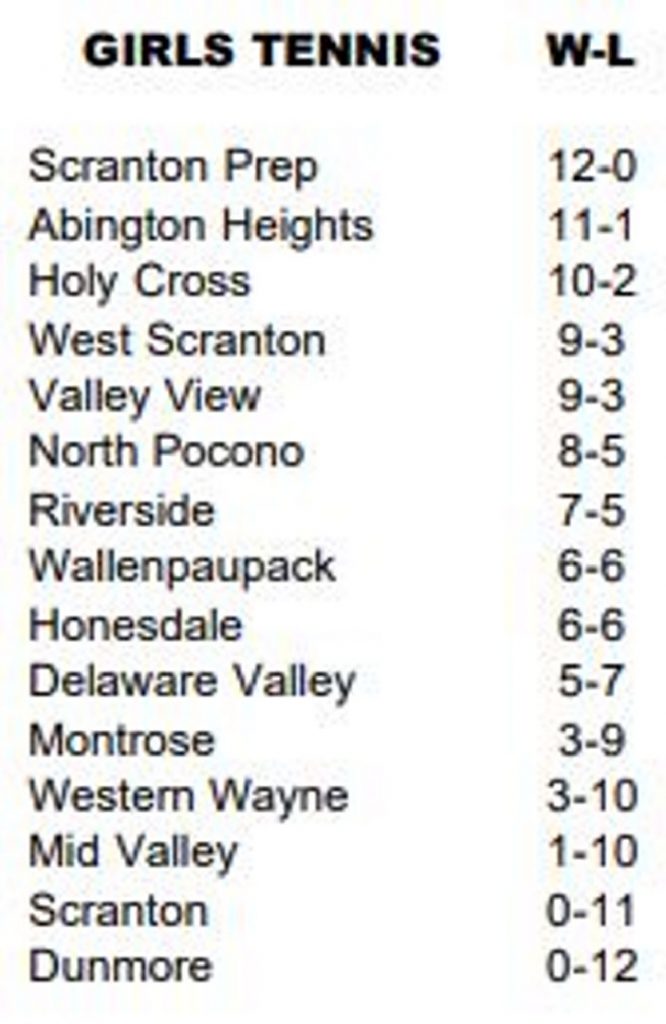 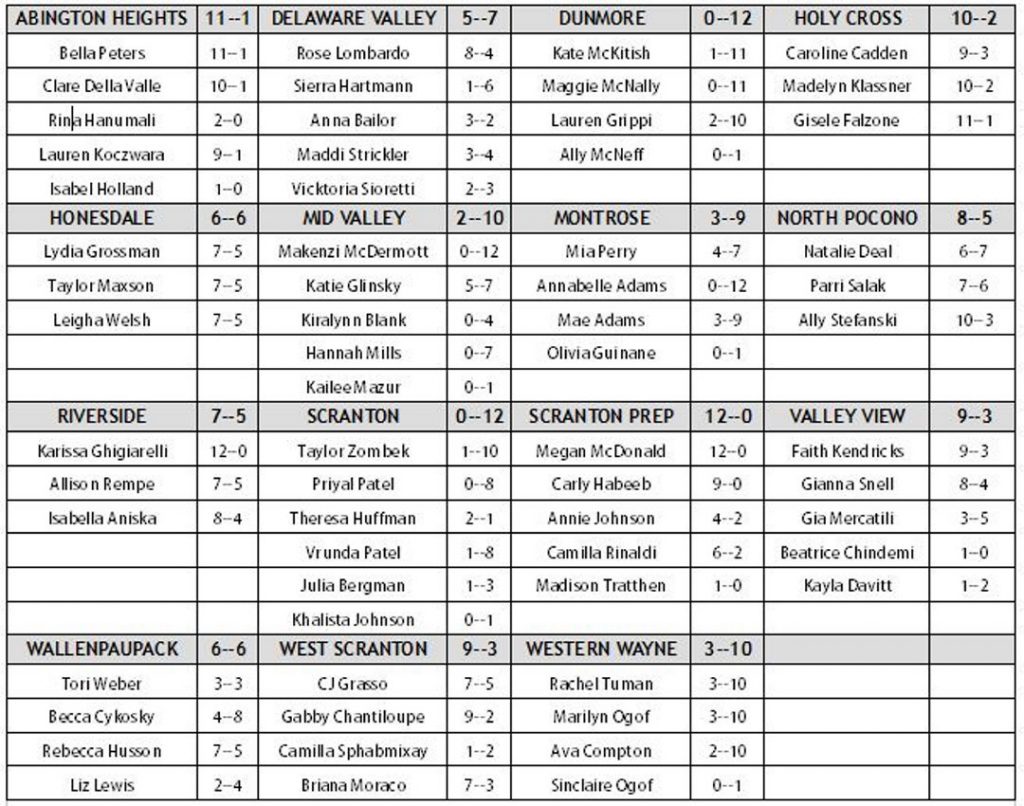 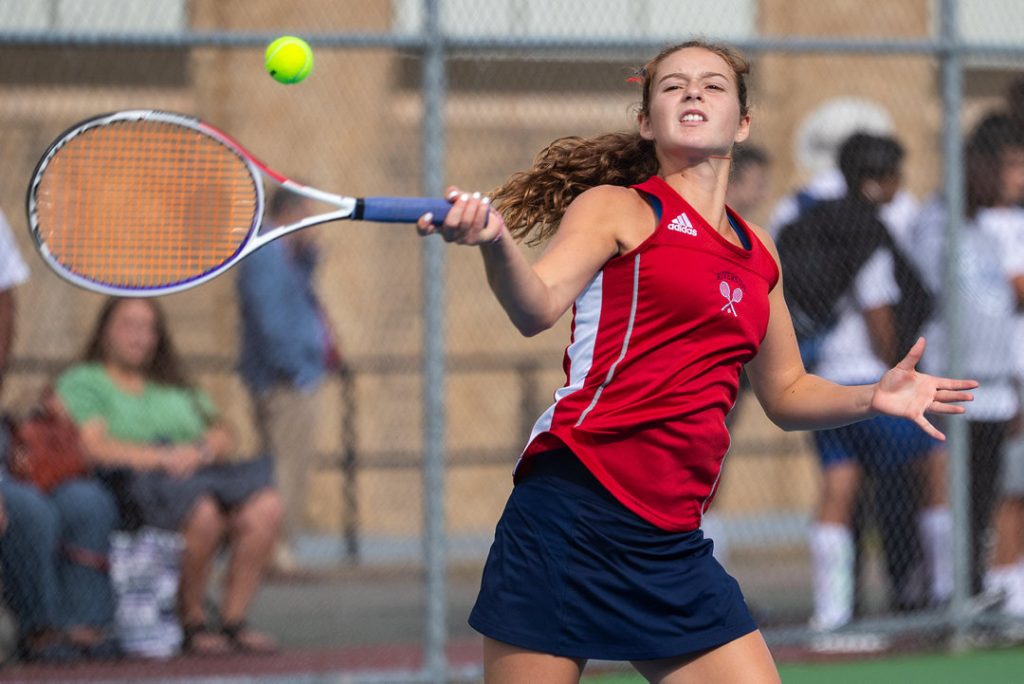 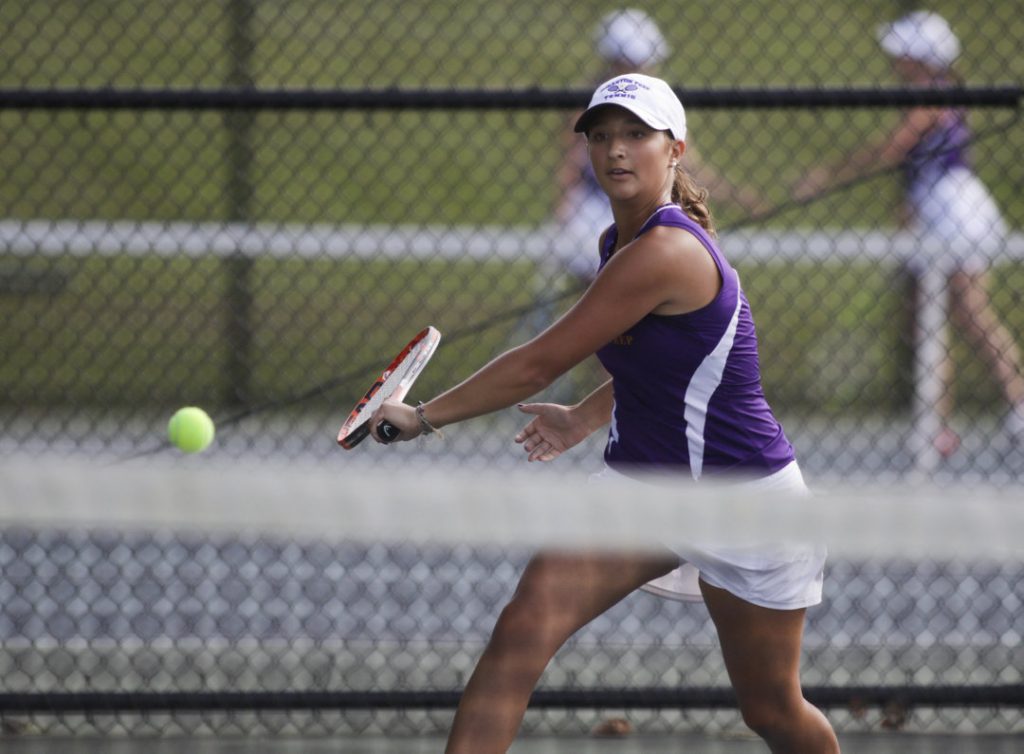 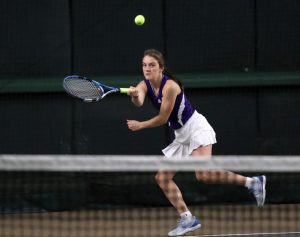