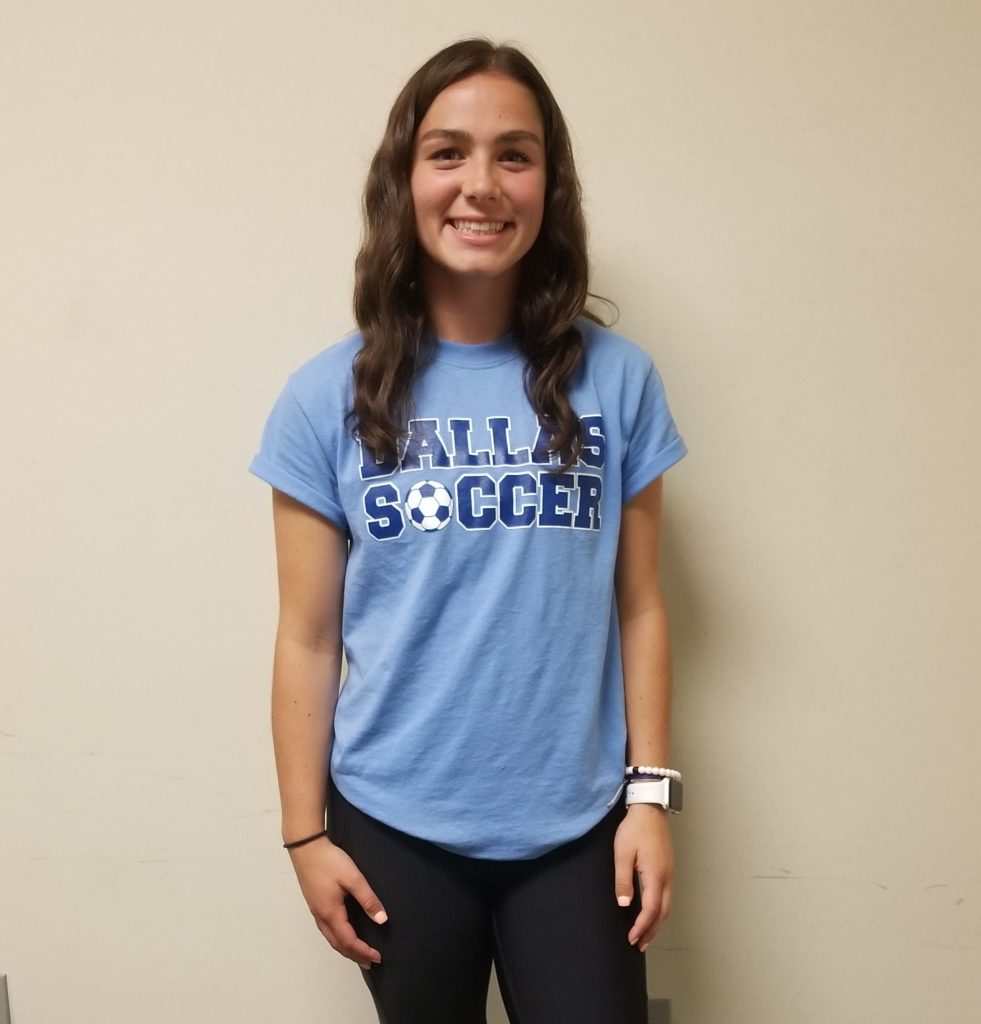 Ali Francis has been one of the WVC’s top offensive threats since joining the Dallas varsity team in 2016.

Francis, now a senior, scored her 100th career goal against Abington Heights. In recognition, she was named The Citizens’ Voice Athlete of the Week, presented by Coordinated Health.

Q: When you think back to when you started playing for Dallas, what does it mean to you to score 100 goals?

Q: What happened on the goal?

A: I had a couple opportunities before that. It was just like the pressure of trying to score; I was getting nervous. Then I got one where Emma Sweitzer passed the ball to me, and I dribbled around on the outside. The goalie came out, and I tapped it in.

Q: Is it hard to not think about a milestone like that when you know you’re so close?

A: Yeah. I was trying not to think about it. I was going into the game just hoping I can score and it could help my team win. But, it was also in the back of my head that I wanted to get it at home especially. So, i wanted to get it that match.

Q: The team has had a couple losses already; is this a good spot for the team to reset looking ahead to the rest of the season?

A: I think we came into this year having a lot of pressure on us because we did so well last year, and we have a lot of people back. I mean, losing to Abington and to (Lake-Lehman), both great teams, I think that just was a reality check and that we have to keep working hard. We’ll come back from it.

Q: How cool is it to have so many friends that you’re familiar with back with the team for your senior year?

A: It’s really awesome. I’ve played travel soccer with Emma Sweitzer and Sarah Krokos since I was about 9, so it’s really great to have our last ride together as seniors. It’s really nice to have the same exact team as last year because we all get along so well.

Getting to know Ali

Favorite app on her phone: Snapchat

If Ali could have any superpower, it would be … invisibility.

If Ali won the lottery, she would first … take her family on vacation to Italy.

Ali’s favorite thing about soccer is … being able to play with her friends.

After high school, Ali … plans on playing soccer collegiately. She thinks she wants to study either biomedical engineering or something math-related.