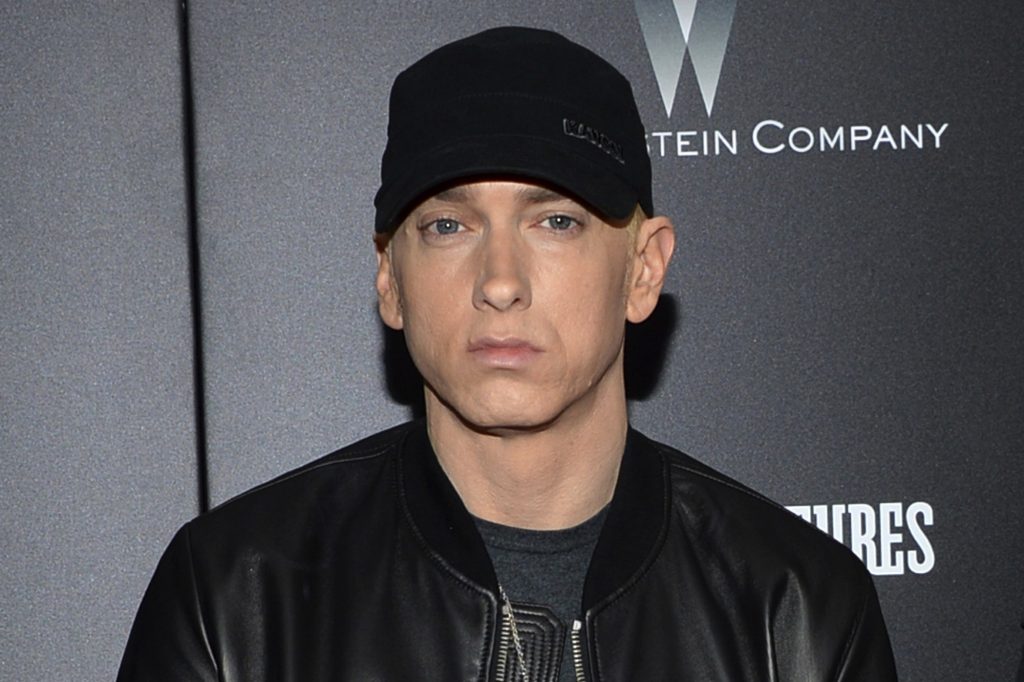 THE NITTY GRITTY: “Love” is tight — 10 near-flawless songs in 30 minutes. It’s an album that plays like a singles collection, with pretty much every cut immediately grabbing you with a huge hook or memorable riff. To call this “ear candy” is the understatement of the year.

Tracks such as “Real Long Time” and “Saturday” echo stuff like classic Knack, Cheap Trick, Shoes — take your pick of any power pop wonder from ’79. Move ahead a few decades and the Hot Hot Heat, OK GO and Phantom Planet comparisons aren’t far off the mark. Yet, these guys fit comfortably next to any current guitar-based band you love (they’ve recently concluded a tour with the Struts).

This is simply the good, crunchy, harmony-heavy party rock we don’t seem to have enough of these days. So stop taking everything so seriously. Just crank this loud fluff and smile.

Eminem — ‘Music to Be Murdered By’

THE GOOD: Rapper and legendary wordsmith Eminem releases his 11th.

THE BAD: Technically, “Murdered” is amazing. Too bad it sometimes languishes in the lyrical department. Plus, the guy doesn’t need to surround himself with so many guest MCs (half the tracks).

THE NITTY GRITTY: The album interpolates much of its artwork from a 1958 Alfred Hitchcock LP of the same name. Hitch’s voice also shows up via samples during the interludes. So there’s a certain playfulness augmenting all the mayhem.

Eminem doesn’t hold back. “Unaccommodating” already has caught heat for referencing the 2017 Manchester Arena bombing. “Darkness” finds the guy stepping into the shoes of Stephen Paddock, the Las Vegas shooter. “Leaving Heaven” shows there’s no love lost between the rapper and his recently deceased father. “Stepdad” is your typical horrorcore murder revenge epic.

We end up with a collection that’s half-exciting, half “been there, done that.” I’ve often said Eminem’s best and most innovative days are far behind him. “Murdered” doesn’t shake that perception.

Destroyer — ‘Have We Met’

THE BAD: Destroyer always will be a polarizing band. “Met” isn’t going to change that.

THE NITTY GRITTY: Dan Bejar remains the brains behind this operation. He’s the vocalist (still think he sounds like a sedated Robyn Hitchcock), modern beat poet and man who determines what musical direction each album will take. On “Met,” he goes ’80s minimalist. The record is less about a band vibe and more about drum machines and pulsating synths. The music is all mid-Reagan-era Heaven 17 and Depeche Mode.

Lyrically, Bejar is as cryptic as ever. Yet as he gets older (48 later this year), he comes off as wiser and more fostering. There’s life advice in there somewhere. The listener simply has to interpret it.

When you combine the lyrics and the setting, “Met” ends up an excellent after-dark record. One could describe it as almost dreamy, yet the rhythms are strong enough to shake you out of any slumber.