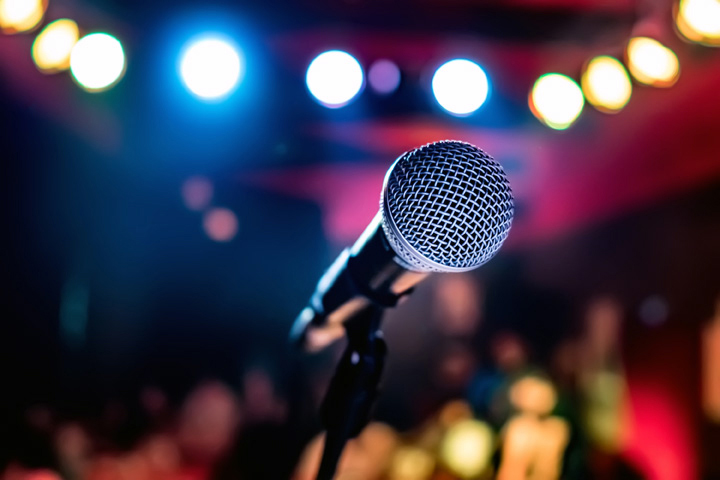 THE BAD: “Gods” gets somewhat cumbersome across its second half but mostly works.

THE NITTY GRITTY: Rhys, the man and his music, has always been eclectic and daring. Plow through the SFA catalog, and no two albums sound too similar. Dip into the solo stuff, and you never know exactly where the man will find inspiration.

Throughout “Gods,” Rhys’ muse was apparently a mountain, the volcano Mount Paektu located on the North Korea/China border to be exact. While the idea sounds possibly disastrous, the writer pulls it off by going for the mystical as opposed to the strictly factual. Whether he’s speaking directly to the earthly formation (“Loan Your Loneliness”) or being upbeat and whimsical (“Hiking in Lightning”), the man delivers a truly unique rock album (pun intended).

THE BAD: One must cherish the spontaneity (and occasional sloppiness) of these home recordings to fully embrace “Live.” Be prepared.

THE NITTY GRITTY: Listening to the record, you sense Barlow isn’t quite the difficult curmudgeon he once was. He’s maturing. He’s made amends with Dinosaur Jr’s J. Mascis (their “reunion” lasting 15 years now). The ‘90s, are long gone, and it’s OK for this aging rocker to find inspiration in a routine yet happy domestic life.

Despite being recorded at home, “Life” feels somewhat polished. This is not just Barlow and an acoustic guitar. Songs such as “In My Arms” and “Love Intervene” boast full-blown arrangements and accomplished melodies. For the most part, the vibe is relaxed. Even a song like “All You People Suck” doesn’t come off as completely angry. Barlow is now the dude you’d like to hang out with. He’s content but still fascinating.

THE GOOD: Longtime Australian collaborators Nick Cave and Warren Ellis (the Bad Seeds, Grinderman, various film scores) got together during the pandemic to produce some melodic gloom.

THE BAD: “Carnage” won’t immediately grab you. Give this one time and a few spins.

THE NITTY GRITTY: Cave and Ellis build a world of conflict and catharsis that resembles both their film work and recent low-key Bad Seeds releases. Cave sings in spots, practically acts in others and keeps the drama squarely in the spotlight. Playing the record in sequence during one sitting only enhances the tension and spectacle.

The album builds across the tranquil title cut and the absolute madness that is “White Elephant.” Then, the second half calms down and guides us through the sedate “Lavender Fields” before “Balcony Man” leaves us with a laugh and sense of further dread. You didn’t expect a happy ending, did you? That’s not their style.

BUY IT?: Your call. “Carnage” is only for those up to the challenge.