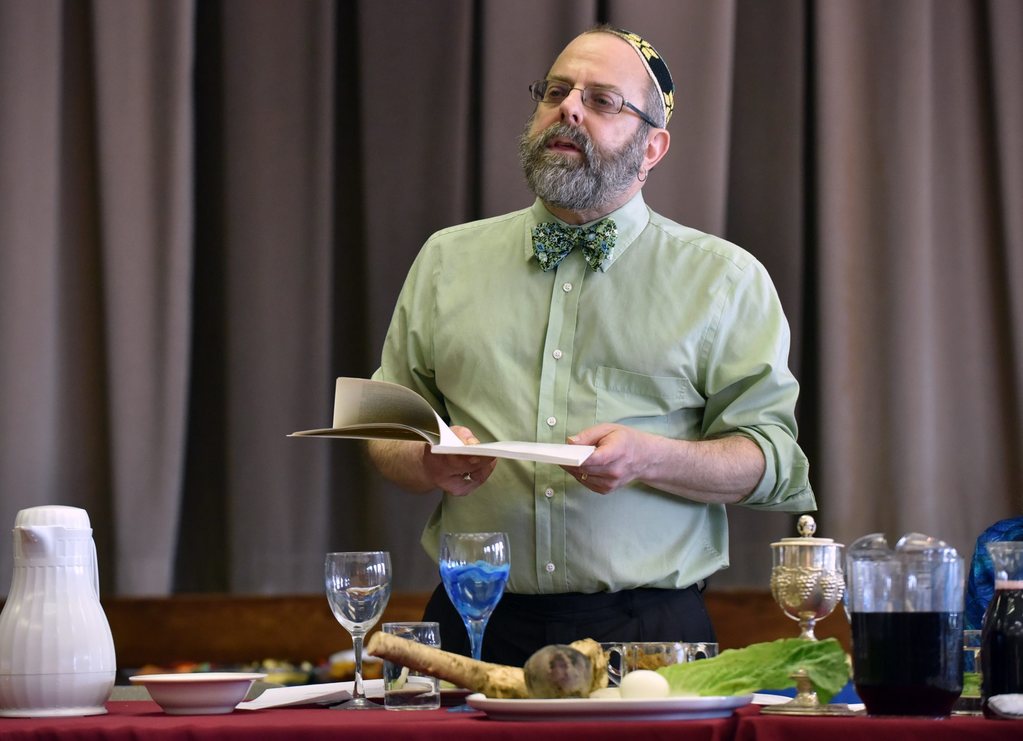 Social distancing has shrunk Rabbi Benny Rapoport’s plans to host between 75 and 100 people for the traditional Passover Seder tonight.

Instead of a traditional lamb shank, meant to recall a Jewish tradition of slaughtering a lamb and smearing blood on the doorpost so the Angel of Death would “pass over” their home during an ancient plague, Rabbi David Swartz plans to use beets.

“When you roast it and you cut it, it looks suitably bloody,” he said.

Stay-at-home orders and empty grocery store shelves will change how Passover is celebrated this year. But today’s challenges also shine a spotlight on how history has shaped the holiday’s traditions.

The eight-day holiday, which begins tonight, normally includes large gatherings of family and friends enjoying a ceremonial meal while retelling — and reexperiencing — the exodus of their ancestors from ancient Egypt.

Rapoport, of the Jewish Discovery Center in Waverly Twp., drew parallels between the struggle with COVID-19 to the 3 million Israelites who fled into the desert.

“They did it because they trusted God to take care of them,” he said.

More than 3,300 years ago, Jews spent Passover Seders in their homes as God unleashed the 10th plague, killing the firstborn males in Egypt.

“The Jewish people were told to stay indoors,” Rapoport said. “They were in quarantine.”

Organizing a Passover meal this year will likely be difficult, both emotionally as people prepare to spend the holiday alone and because of the challenge of finding various symbolic foods, he said. To help the community, the Jewish Discovery Center spent the past five days delivering 350 Passover kits, which include everything a family needs for the holiday, he said. He plans to celebrate Passover Seder tonight with just his wife and children, instead of dozens who usually join the family.

While many modern Jews live in a time of abundance, throughout history, they had to figure out how to make do with limited ingredients, leading to a variety of substitutions, said Swartz of Temple Hesed in Scranton, pointing to the lamb/beet swap.

“If you think of the story behind it, Passover is the story of a journey out from a difficult place,” he said. “It’s emotionally sort of just the right holiday to do this way. We’re all struggling to get free.”