Moonshine, a 12-year-old Paint horse at Winter View Ranch in Factoryville, wants to hear about Victoria’s friends and what they like to do together.

Sammie, a 16-year-old Appendix horse, wonders what season Garret enjoys the most, and what he usually does for fun during that time of year.

Moonshine and Sammie, plus 15 other horses and donkeys at Winter View, have been writing letters to children during the COVID-19 pandemic through the new Ranch Pen Pal Program.

“I just hope when they get the letter in the mail that their eyes light up,” said Winter View owner Bonnie Frazier.

Frazier and her fiance J.R. Rosengrant purchased the ranch last June, which houses both rescues and boarders.

Seeing a similar program through the nonprofit Indraloka Animal Sanctuary, as well as her sister starting a pen pal system with her dog, Frazier was inspired to start one at Winter View.

Of course, humans at the ranch help out with the letter writing. Lauren Trent, their friend and neighbor, has been instrumental in the program.

After getting initial information from kids wanting to participate, they sent out starter letters from the animals. Some kids were so excited, however, that they wrote to their animal pen pal first.

The letter writers shared information such as the breed of each horse, how they got to Winter View, their best friends on the ranch, and more, while also asking questions about the kids.

Besides making kids smile during this “crazy time,” she hopes the program could give them a creative and educational outlet while teaching them the “lost art” of letter writing. 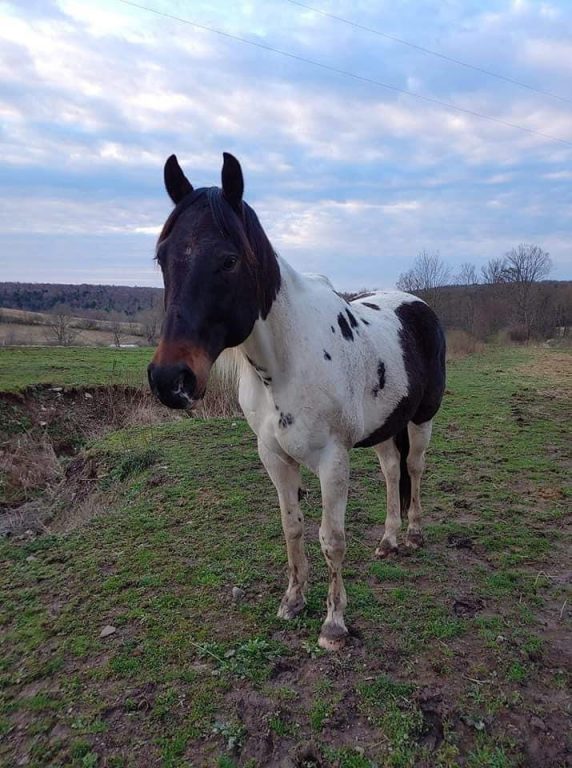 SUBMITTED PHOTO
Moonshine is one of 17 pen pals available at Winter View Ranch in Factoryville.

“After all this is done, if people want to come up to the ranch to see them, I’m open to that,” she said.

To get set up with an animal pen pal, send a message to “Winter View Ranch” on Facebook or email winterviewranch@gmail.com.

At Indraloka Animal Sanctuary in Mehoopany and Dalton, the Animal Pen Pal Program, which came out of the Hopeful Heroes Initiative, has been going strong for a few years.

Children participating in Hopeful Heroes programs developed bonds with animals at the sanctuary and started writing them letters.

“That was so successful, we just continued it and when all this happened and we took programming online, we decided to open it up to anybody,” said Indraloka founder Indra Lahiri.

Kids can communicate through letters with a variety of rescue animals at the sanctuary, including cows, sheep, pigs, horses, goats and many more.

A certified teacher on the Indraloka staff reviews all letters before they go out to kids.

“Kids all around the world write letters,” Lahiri said. “It’s really kind of a beautiful thing.”

Like Winter View, the letters allow children to connect during these troubling times, but also have a focus in education and creativity.

Visit indraloka.org to learn how to become a pen pal.