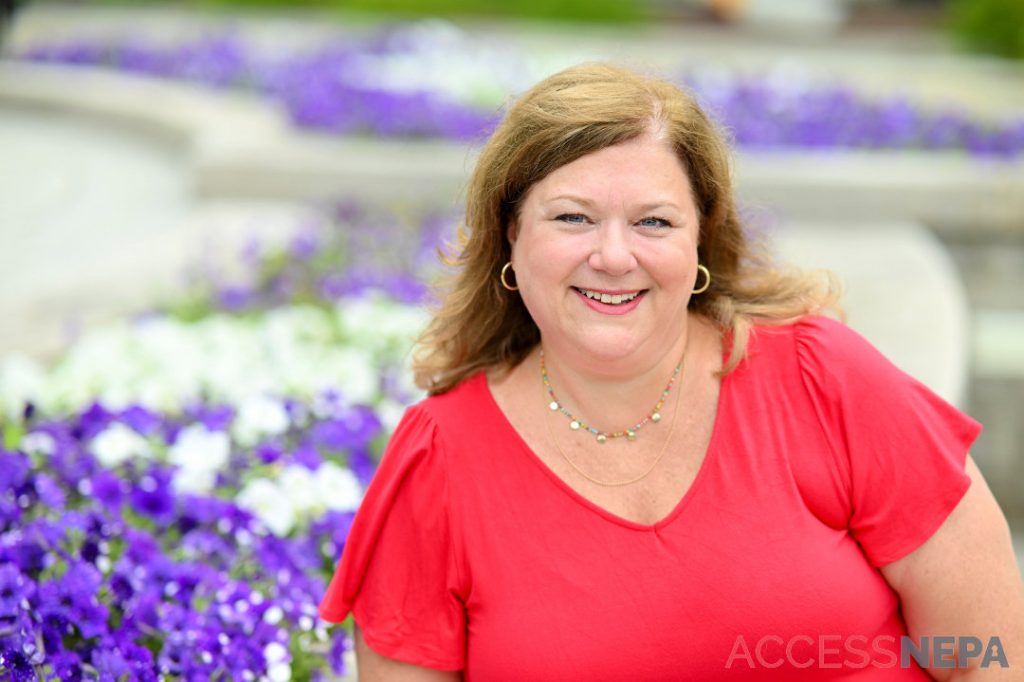 University of Scranton professor leads, inspires as woman in STEM

Young women looking for a role model can stop searching when they meet Christine Zakzewski.

The University of Scranton professor has spent nearly three decades teaching physics and engineering, and for the majority of that time, she was the only woman in the department. She continues to shine as an example to other women about their potential in the field.

Zakzewski seemed destined for a career in STEM — science, technology, engineering and math — from an early age. She grew up in New Jersey, where her mom, Maxine Carley, was a teacher and her father, Donald Carley, was a physicist and electrical engineer at RCA.

“I’m kind of like a meld of my parents,” she said with a laugh.

Her father in particular inspired her, from his day job to the orchids he grew. He made a telescope by hand, even grinding the lenses himself, and together they restored an Alfa Romeo.

“He would include me in that,” she said. “When we would have a problem, we would fix it. I would be doing these things alongside of him.”

When Zakzewski headed to college at Rutgers University, she studied electrical engineering and then embraced the emerging field of biomedical engineering, which she saw included many of her interests. She focused on that subset for her master’s degree and doctorate.

“I always tell my students, ‘When you’re going to build a career, build it as a pyramid,’” starting with a broad base and then narrowing down your interests, she said.

Zakzewski applied for a job with the U of S as she finished her doctorate and soon found herself accepting a job offer.

“I just felt like it was a good fit,” she said, noting that it “drew on my talents as far as working with people and impacting student lives but also gave me a chance to be involved with my family.”

The mother of three commutes to the U of S a few days a week from her home in Orange County, New York, where they settled so her husband, Joe, could work for the New York City Police Department. Their home sits about halfway between Manhattan and Scranton, where Zakzewski was teaching on Sept. 11, 2001.

She remembers that day well. Her husband had been on his way home from a late shift when he heard planes had hit the Twin Towers. He immediately turned around and headed back to the city, where he worked 30 hours straight. Zakzewski, meanwhile, heard the news from her secretary.

“I was teaching free falling,” she said, the irony not lost on her. “I couldn’t do it.”

Her husband spent days digging at “the Pile” — the mass of wreckage where the World Trade Center had fallen, and where he had lost coworkers that day.

“It was a very difficult time,” Zakzewski recalled. “I think every time I drove in (to work), I was crying.”

Her husband has since retired, but she’s not quite ready to follow him yet. She’s still happy teaching physics and electrical engineering.

“I love seeing the students grow and develop and become ready for the workplace, the progression of the students and their knowledge and their skills and their confidence as they move through the program,” she said.

For 28 of her 29 years at the U of S, Zakzewski said, she was the only woman faculty member in the department, although it recently hired another. Zakzewski and women in general have always been in the minority when it comes to STEM careers. None of her own professors were women, she said, and she estimated that women made up less than 10% of electric engineers when she started working in the 1980s.

But when it came to biomedical engineering, she said, the numbers were more evenly split between sexes. She attributes that to the nature of the field and how women tend to want to have an impact on their communities.

“I think there is a more strong draw (or) drive to see a connection to how you are helping out society,” Zakzewski said.

Her contribution comes in the form of studying transdermal drug delivery, the administration of drugs through the skin, such as in nicotine patches. She enjoys working with students on projects as much as she can, and some of her students have had work published. They also have helped the community, such as when they developed a specialized video game device for a boy who is paralyzed.

Zakzewski feels glad she “can be a female face” for her students, too. If you saw a woman of her generation in a STEM job, she said, it was usually because they had a family member already in it, like she did.

“Around the dinner table at home, the conversation was usually chemistry or mathematics,” she said. “My dad could tutor me in calculus.”

Recently, though, schools have placed more emphasis on STEM programs, especially to get more girls and young women interested in those fields. And Zakzewski has noticed more women signing up for her engineering classes.

“Now I think students are learning fairly early about building something, even 3-D printing things, robotics (and at) summer camps,” she said.

The department has grown, too, adding mechanical engineering, hiring new faculty and moving to the recently constructed Loyola Science Center. When the university planned the construction of the center, Zakzewski belonged to the team that gave input about its design.

She’s also passed on her interest in science and medicine to her children. Her daughter, Jessica, is a physician assistant, and her sons, Daniel and Benjamin, are pursuing engineering careers.

Zakzewski has contributed to campus in other ways as well. She has been faculty mentor for Eta Kappa Nu, the Institute of Electrical and Electronics Engineers’ international honor society, and electrical engineering academic adviser, and she previously served as department chairwoman.

Away from campus, Zakzewski has volunteered with Meals on Wheels, and she stretches her musical muscles as a bassoon player for SUNY Orange Orchestra.

“I enjoy being part of that group,” she said. “Musicians are special people, and it’s something different than what I do here.”