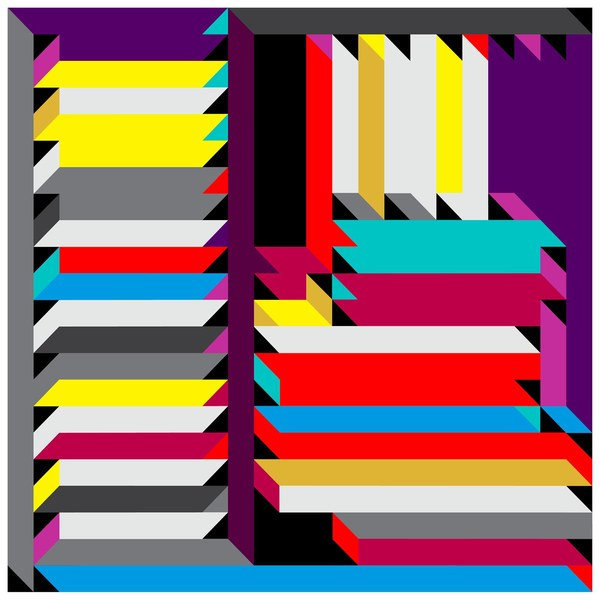 THE GOOD: American experimental outfit Battles comes back with a clicking and pulsating fourth.

THE BAD: And then there were TWO. Battles is down to a duo — drummer John Stanier and guitarist/keyboardist Ian Williams. Thankfully, “Juice” isn’t affected all that much, but a few ideas feel forced.

Overall, the album crashes, pops and glides quite nicely. We bounce from heavy bombastic pieces such as “Sugar Foot” to more gentle, cascading (but eventually thunderous) works like “Fort Greene Park” effortlessly. Once again, Battles combines prog rock time signatures and tendencies with simple layered, straightforward melodies to great effect. After a while, the whole affair becomes rather hypnotic and damn near addictive. Plus, huge chunks of “Juice” are weirdly danceable. So move.

THE GOOD: Brooklyn indie rock band Big Thief gives us a second great album in less than a year and its fourth overall.

THE NITTY GRITTY: Back in the ’60s and ’70s, bands releasing multiple memorable sets within the span of 12 months was common (CCR put out 3 LPs in 1969 alone). Even in the age of the download, that rarely happens now. “Two Hands” comes just six months after Big Thief hypnotized us with the multi- dimensional and sonically riveting “U.F.O.F.”

“Two Hands” is a different beast altogether. Whereas “U.F.O.F.” found the band experimenting and taking risks (that definitely paid off), “Two Hands” sounds like we walked into a raw rehearsal. But that’s not a bad thing. Here, we see another side of Big Thief — intimate, spontaneous, highly emotional and very unpredictable.

Guitarist/frontwoman Adrianne Lenker pours out her emotions on every track. Blood, sweat and tears run amok over bare-bones backings brimming with atmosphere and gristle (even the gentler moments). The end results are pure and amazing.

THE BAD: Some progressive concept albums work. Others …

THE NITTY GRITTY: Field Music did a creative project about World War I with Britain’s Imperial War Museum. This concept album about the after effects of the war as the 20th century rolled on came out of that initial work.

Some of it feels like your typical Field Music collection. Tracks such as “Best Kept Garden” and “Do You Read Me” ride the band’s standard groove, all the while combining the usual rock stuff with more ornate arrangements. The guys never shy away from small string or horn sections. These moments wouldn’t feel out of place on past albums.

Other chapters sound self-indulgent or half-baked. “New World” gets bogged down by directionless instrumental bits and clumsy patches of historical poetry set to music. The set ends up a stern reminder that prog rock bands can sometimes take themselves far too seriously.