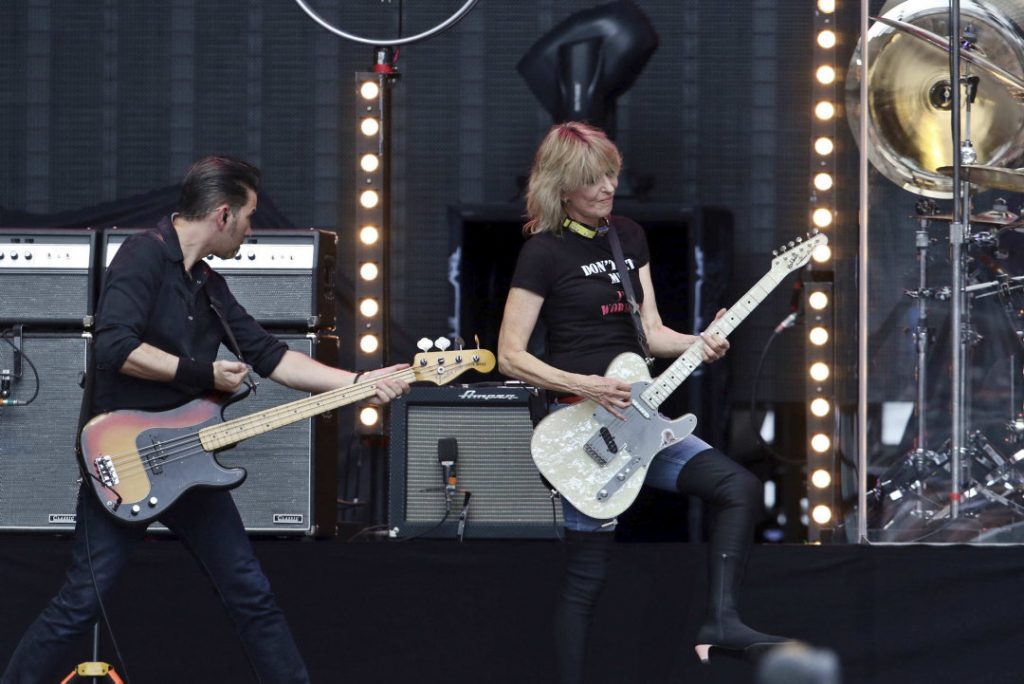 Legends return after years away from studio

The Pretenders – ‘Hate for Sale’

THE GOOD: British/American rockers the Pretenders return with their 11th.

THE NITTY GRITTY: The only constant during the band’s history has been singer/songwriter/guitarist Chrissie Hynde. A couple of Pretenders albums were even solo Hynde projects in disguise. In 2020, “Hate for Sale” genuinely FEELS like the band is really playing together; it’s their tightest from this century.

That’s because original Pretenders drummer Martin Chambers joined the sessions. Despite touring with Hynde, he hasn’t played on a record for almost two decades. His presence can be felt throughout this entire affair, and the music is better for it. From the blistering title cut to the pop sheen permeating “The Buzz” to the Bo Diddley swagger carrying “Didn’t Want to Be This Lonely,” the band reminds us why it was a force to be reckoned with in the first place.

Of course “Hate for Sale” isn’t a direct sequel to those first two trailblazing albums released 40 years ago, but it’s damn close. And that’s oh-so good.

THE GOOD: L.A. punk legend X returns with its eighth album — its first in 27 years and the first with the original lineup since 1985.

THE NITTY GRITTY: John Doe, Exene Cervenka and their whole crew have been a touring entity for years but never had much desire to enter the studio again. That all changed about two years ago. The band revived songs that never received the proper studio treatment and also wrote a lot of new material.

After hooking up with producer Rob Schnapf (Beck, Elliott Smith, Joyce Manor) and plugging in, “Alphabetland” is here. Considering Doe and Cervenka are both well into their 60s, the band sounds incredibly tight and feisty; this record could have been produced during the Reagan era. Tracks such as “Water and Wine,” “Angel on the Road” and the title cut revive X’s unique mix of punk, straight rock and rockabilly. And guitarist Billy Zoom is playing on the records once again, further cementing that classic X vibe.

The Psychedelic Furs — ‘Made of Rain’

THE NITTY GRITTY: The only two original band members left are the Butler Brothers, lead vocalist Richard and bassist Tim. However, as long as Richard shows up, you pretty much have the Furs you desire.

“Made of Rain” doesn’t redefine the group’s sound, but it proves its music is timeless and still relevant. It’s a rare form of comeback in that the songs remind us why we loved these guys years ago, yet NONE directly recall past triumphs such as “Pretty in Pink,” “Heartbreak Beat” or “Love My Way.”

This is NOT a band riding the nostalgia train. The new stuff is genuinely fresh and exciting, whether it’s the brash opener “The Boy That Invented Rock ‘n’ Roll” announcing the band’s return or a gentler gaze into the darkness, such as “Tiny Hands.” Here’s hoping the group keeps this newfound momentum going.