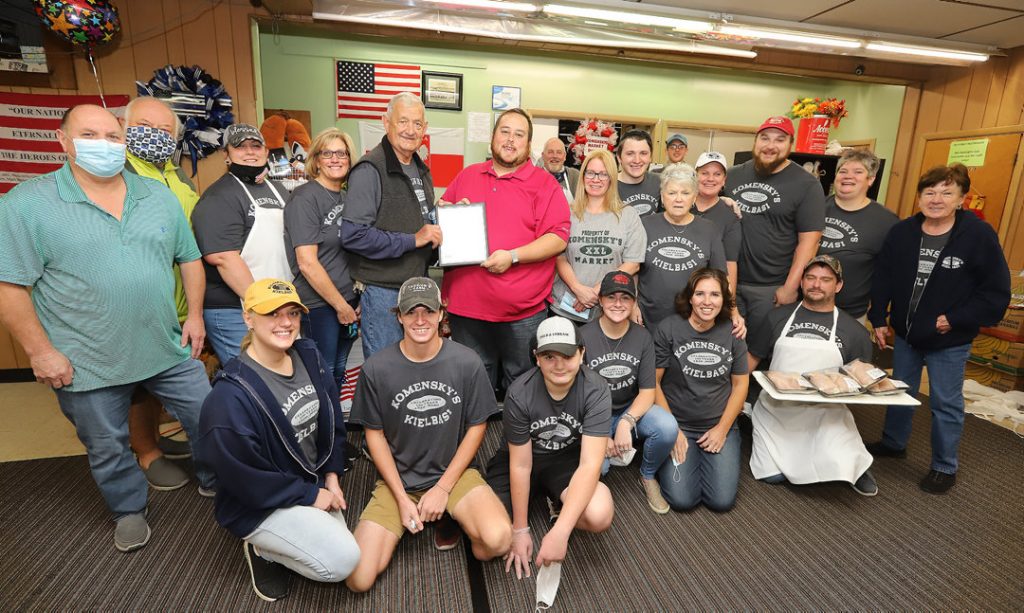 Saturday, Oct. 24, was Komensky’s Market Day in Duryea in honor of the store’s 100th anniversary. Duryea Council presented the proclamation at the Main Street business during a celebration that included sales and raffles.

Paul Komensky opened the original Komensky’s Market on Columbia Street in Duryea. He also opened branches on McAlpine Street in Avoca and in Hyde Park, Scranton.

When he passed, the market was run by his three daughters and son, Paul, who served in World War II. After the war, Paul bought the Main Street store and the other locations were closed.

Rob Sepelyak took over the business in 2003 and continued the nearly century old tradition of smoking kielbasa with apple and cherry logs in a smokehouse in Duryea.

Sepelyak died last December and the business is now run by his sister, Shari Sepelyak Zbegner.