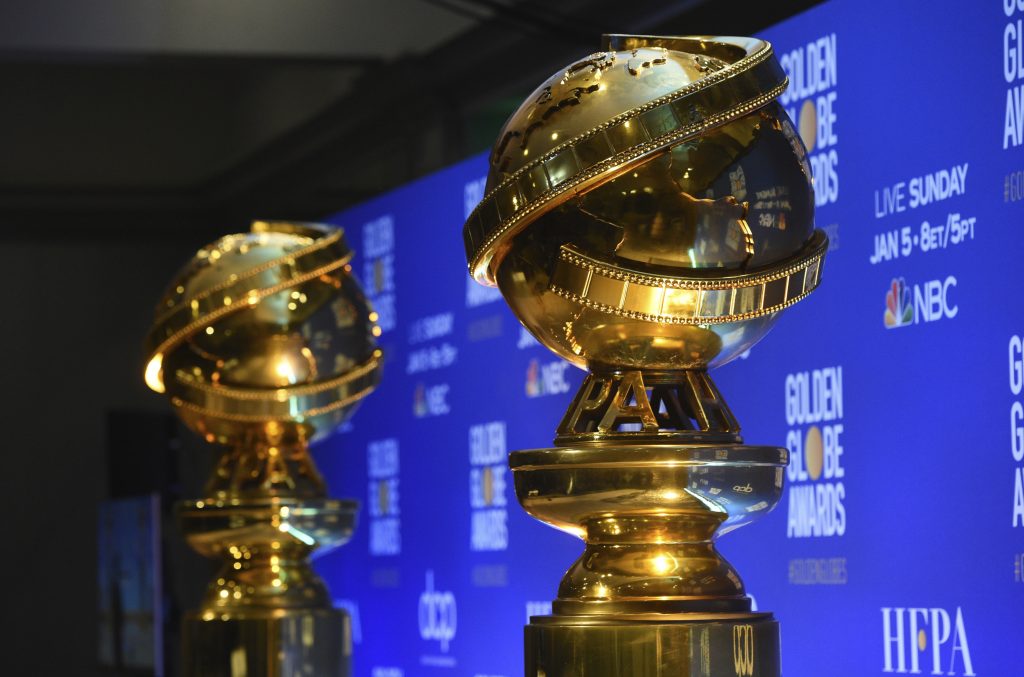 What time is the show? And on what channel or streaming service?

Taking place at its usual haunt, the Beverly Hilton in Beverly Hills, the three-hour telecast will air live from coast to coast on NBC at 5 p.m. Pacific time. The show is produced by Dick Clark Productions in association with the Hollywood Foreign Press Assn. and is viewed in more than 210 territories worldwide.

The ceremony can also be viewed on NBC.com, but users will need to provide cable or satellite login info to stream it.

The HFPA, the international body of journalists who vote on the nominees and winners, has invited acerbic comedian Ricky Gervais back to host the boozy shindig for a record fifth time.

He says it will be his last time hosting and “could make for a fun evening,” which is putting it lightly for a brash comic who’s been criticized for sometimes going too hard on Tinseltown and even the HFPA itself. Let the insults, celebrity roasts and expletives fly, even in these sensitive times.

“I write jokes, and they’re considered and I make sure they’re bulletproof,” Gervais told the Hollywood Reporter

He added: “I’m happy to play by the rules. It’s just that the 200 million people watching have different rules. That’s the plight. When people say, ‘He crossed the line,’ I say, ‘I didn’t draw a line; you did.’ It’s relative. It’s subjective.”

Who are the nominees?

Awards will be doled out across 25 categories spanning motion pictures, television and even some music.

Streaming giant Netflix dominated in both film and TV when the nominations were announced last month, but there was a dearth of female representation in the nominees. The top nominees

The HFPA has already announced a few heavy-hitters set to make appearances at the 2020 ceremony: TV host Ellen DeGeneres will receive the Carol Burnett Award, and actor Tom Hanks will be honored with the Cecil B. DeMille Award

Who’s going to be there?

The HFPA loves its stars, and that love isn’t limited to those currently up for awards. The organization has also invited a bevy of A-listers, past and present winners and nominees to present at this year’s ceremony. Here’s a list of who’s going to be taking the stage (so far), with a few more popping up closer to showtime: 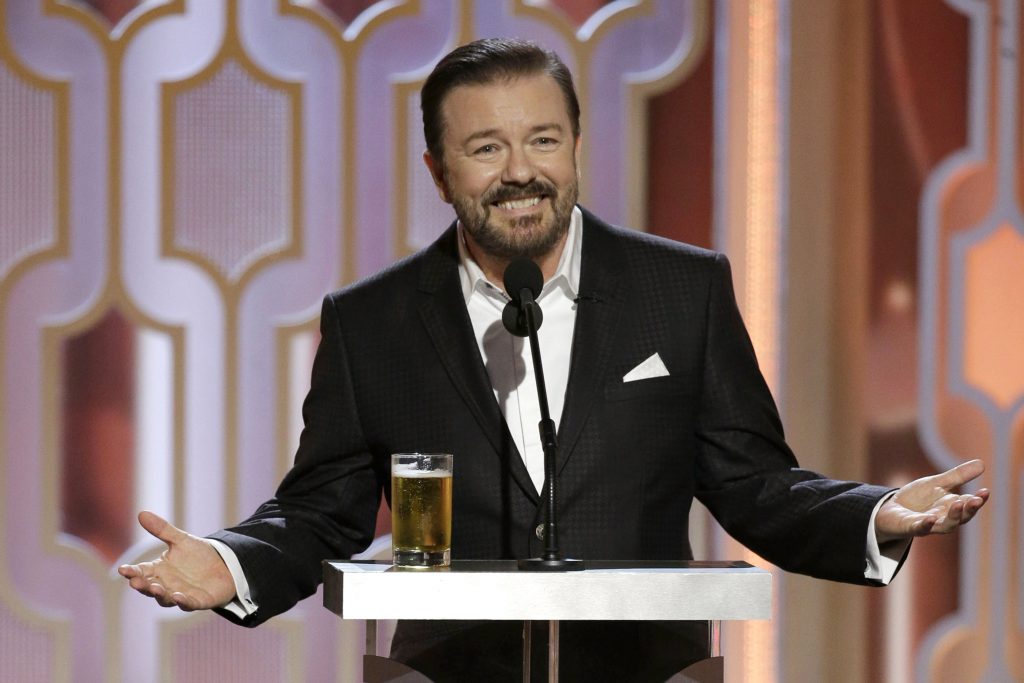 PAUL DRINKWATER / NBCUNIVERSAL VIA GETTY IMAGES / TNS
Ricky Gervais returns as host for the 77th Golden Globe Awards, which will air live from coast to coast on NBC at 8 p.m. Eastern time.

Nominees in the marquee categories: