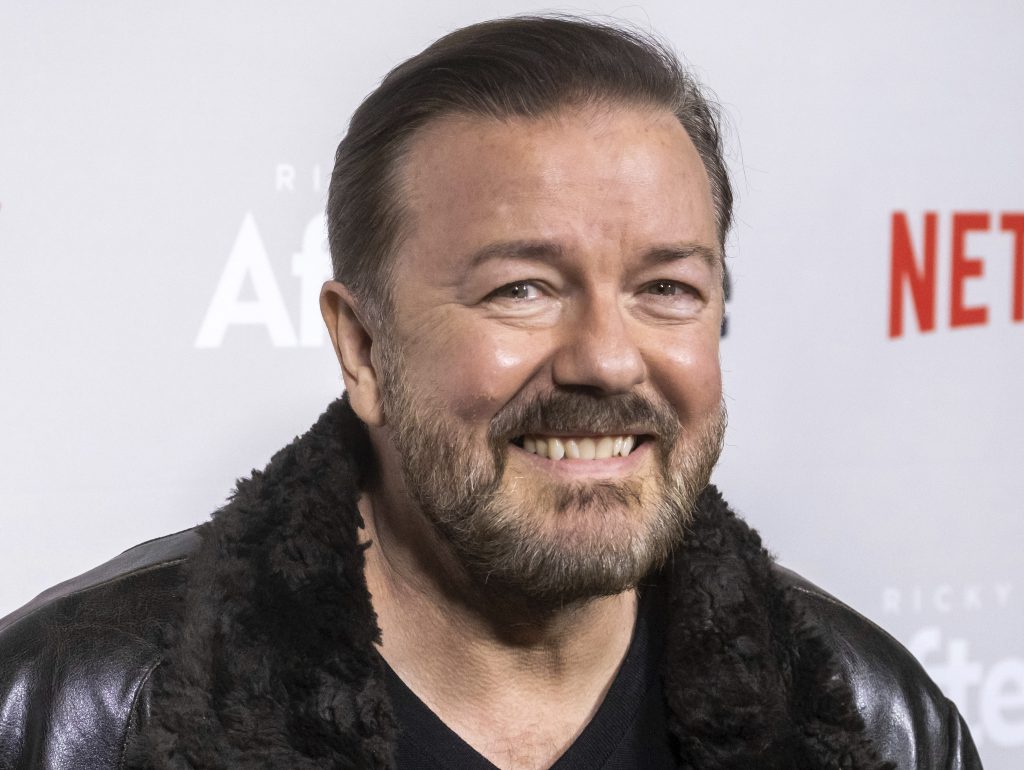 Look out Hollywood, Ricky Gervais is returning to host the Golden Globe Awards.

Gervais memorably hosted the Globes from 2010 to 2012, skewering many of the attendees with irreverent jokes. He also lampooned the organization that hosts the Globes, the Hollywood Foreign Press Association.
It will be the fifth time Gervais emcees the ceremony; he also hosted in 2016. He said in a news release that organizers made him an offer he couldn’t refuse.

The 77th annual Golden Globe Awards, which honor achievements in film and television, will be held at the Beverly Hilton Hotel on Jan. 5 and aired live on NBC.

The HFPA has previously announced it will bestow its Cecil B. DeMille Award on Tom Hanks, and give Ellen DeGeneres its Carol Burnett Award during the show.