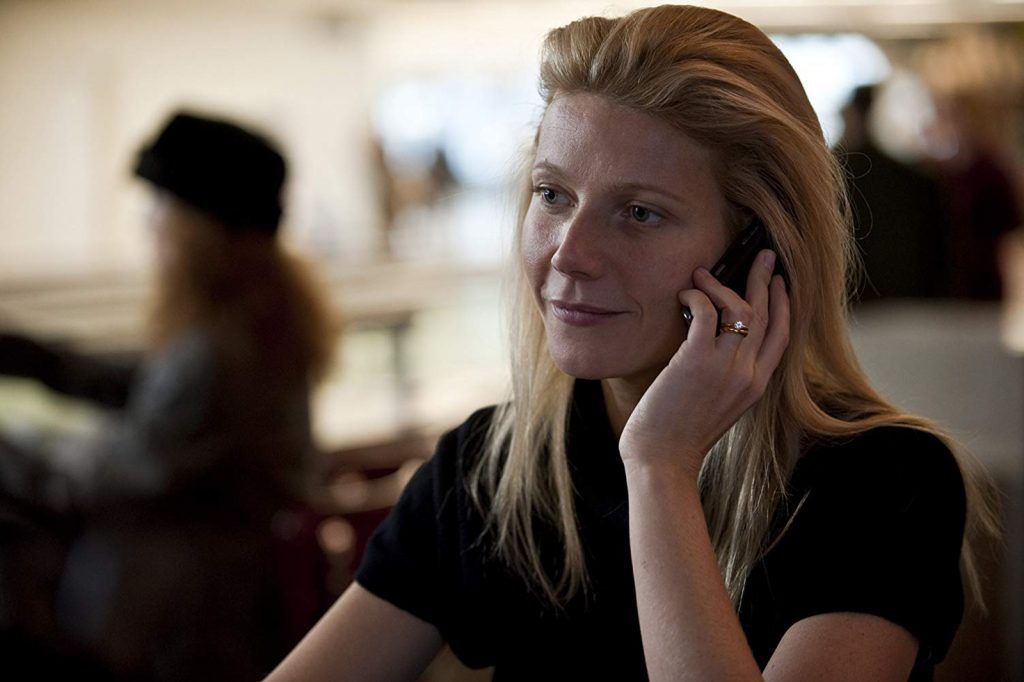 Some pandemics have all the bad luck: Everything’s going their way, and then a clear-thinking American hero comes along to save the human race.

In Elia Kazan’s superb, pungent 1950 thriller, “Panic in the Streets,” the U.S. Public Health Service doctor played by Richard Widmark faces a 48-hour deadline to stop the spread of pneumonic plague, bubonic’s even more serious relation. He’s up against a skeptical police chief; a phalanx of fearful citizens and craven politicians; and a killer, played by Jack Palance (then Walter Jack Palance) in his film debut.

If the plague spreads, Widmark’s character warns early on, “the result will be more horrible than any of you can imagine.” He also says the thing a lot of people are thinking right now, in early March 2020, as we watch, wash our hands again and wait to see how rough the worldwide coronavirus gets with us:

“Whoever’s carrying it is still wandering around.”

The public health medic in Kazan’s film noir is a spiritual grandfather to the unsung heroine played by Jennifer Ehle in another key pandemic scare picture. In director Steven Soderbergh’s scarily plausible 2011 drama “Contagion,” which an awful lot of people are streaming these days, Ehle portrays Dr. Ally Hextall of the Centers for Disease Control and Prevention, racing against time to create a vaccine against the virus wiping out millions. The virologist Hextall risks her life for the sake of others, but no less astonishingly, in Ehle’s hands she says things like, “I can see some structures on the surface that look like glycoproteins, but there’s nothing morphologically pathognomonic,” as if anyone could.

So many movies, old and new, feed our collective nightmares of pandemics and paranoia. The walking dead of “Night of the Living Dead,” George A. Romero’s seminal 1968 war-at-home allegory, morphologically transformed into the running, screaming victims of a “rage virus,” as exploited in the comics-derived “28 Days Later,” followed by its superior sequel, “28 Weeks Later.” We’re 10 seasons into the zombie apocalypse with “The Walking Dead,” another graphic novel adaptation. They’re hard to keep straight. There’s always a zombie apocalypse on the entertainment calendar.

Right now, we wait, and some prepare, while others tell us to stay calm in notably agitated tones. In the current, wait-and-see-how-bad phase of the COVID-19 outbreak, millions continue to go about their business — and continue to go to the movies for escapism, not yet giving in to the social distancing concept.

But if escapism’s really what we crave, how do you explain the shelf life of a cold-creeps offering such as “Contagion”? The 9-year-old pandemic movie, as of Sunday, remains at No. 8 on the iTunes Top 10, just behind “Jojo Rabbit” and just ahead of “Parasite.”

The resurgence of the Soderbergh-directed, Scott Z. Burns-scripted drama sparked a BuzzFeed interview last week with veterinary pathologist Tracey McNamara, a scientific adviser on the project. “If people are watching it again, and if federal and state officials are watching it again, I hope they’re realizing that the movie was really about what can happen with a novel pandemic threat …. I wish people had paid closer attention to it when the film came out, because it really was a warning to the federal government that this could happen and you need to prepare.”

In one scene, Kate Winslet’s “Contagion” character, a CDC Epidemic Intelligence Service expert, barks out four words we’ve heard a lot lately. In a politically divisive time, with the White House under fire for what many scientists and medical experts characterize as a sluggish and factually shaky response to the COVID-19 outbreak, those four words may be the only four words everyone can agree on:

In contrast to the faces in “Contagion,” which are often cast in a sickly digital glow whether we’re in Hong Kong or Minneapolis, the faces in “Panic in the Streets” go nose to nose in tight, threatening black-and-white compositions.

“Foreigner, huh?” one detective asks another at the start of the movie, when the body of the first plague victim is discovered. Yeah, comes the reply. “Something like that.” From one angle, “Panic in the Streets” (originally titled “Port of Entry,” later replaced by “Outbreak,” then “Panic in the Streets”) plays the nativist fear-mongering card, blaming the plague outbreak on an Armenian who hopped a steamer to New Orleans. He may have caught the plague from a rat on board the steamer. Or he may have had a bad piece of shish kabob at a Greek diner.

By the end, though, thanks to Kazan’s deft location work, we see the setting of “Panic” the way the Widmark character sees it: a vulnerable American community like any other, or any city anywhere in the world, connected to every other city in the world. This was a positively progressive outlook at the 20th-century’s midpoint. Kazan complicated the scapegoating, at least. He didn’t give his studio a hit; shooting “Panic” in New Orleans was expensive. But he gave us a movie that holds up and makes us twitch at every hand-to-shoulder contact.

In “Contagion,” global connectivity doesn’t need a speech to explain it. The origin point of the fictional pandemic that kills millions may be a mystery, at least until the epilogue, but it isn’t really the point of Soderbergh’s chilling depiction of a fast-moving crisis — a cure-hunt, as opposed to a manhunt. My favorite close-up in “Contagion” is utterly still: Ehle’s Dr. Hextall staring, smiling, at a lab monkey, a monkey that may hold the key to the population’s survival. It’s a weirdly prescient image of social distancing: two creatures in isolation, but connected. And, perhaps, more germane to our near-future lives than we realize.

No film exists in a vacuum. The context today for dread-watching “Panic in the Streets” or “Contagion” is inescapably political. Though both films are full of skeptics and cynics in the press, distrustful of what government officials may or may not be telling the public, there’s no sense of larger federal incompetence at work.

“Panic” did, however, enter the cultural bloodstream at a time when the House Un-American Activities Committee, with the purported aim of uprooting Communist espionage, treated left-leaning American citizens as plague victims at best, ideological viruses at worst. 1950 was a year when the Communist sympathies (though he was never a Communist Party member) of a writer such as Abe Burrows, for example, could cost the Broadway musical “Guys and Dolls” its Pulitzer Prize.

With their painstaking location work and sharply dramatized real panic, on real streets, “Panic” and “Contagion” resemble bulletins from a past that feels like the present. When so much of the current administration’s disaster preparedness and wishful-thinking public-information campaigns play like clumsy fiction, it’s no wonder these movies hold up: They seem more plausible than real life.

“The next few weeks will change the complexion in this country,” former Food and Drug Administration head Scott Gottlieb said on “Face the Nation” Sunday. We’ll see if our appetite for escapism changes along with it.

“Contagion” and “Panic in the Streets” are streaming for $3.99 and up on YouTube, Amazon Prime, Vudu, iTunes, Google Play and other platforms.