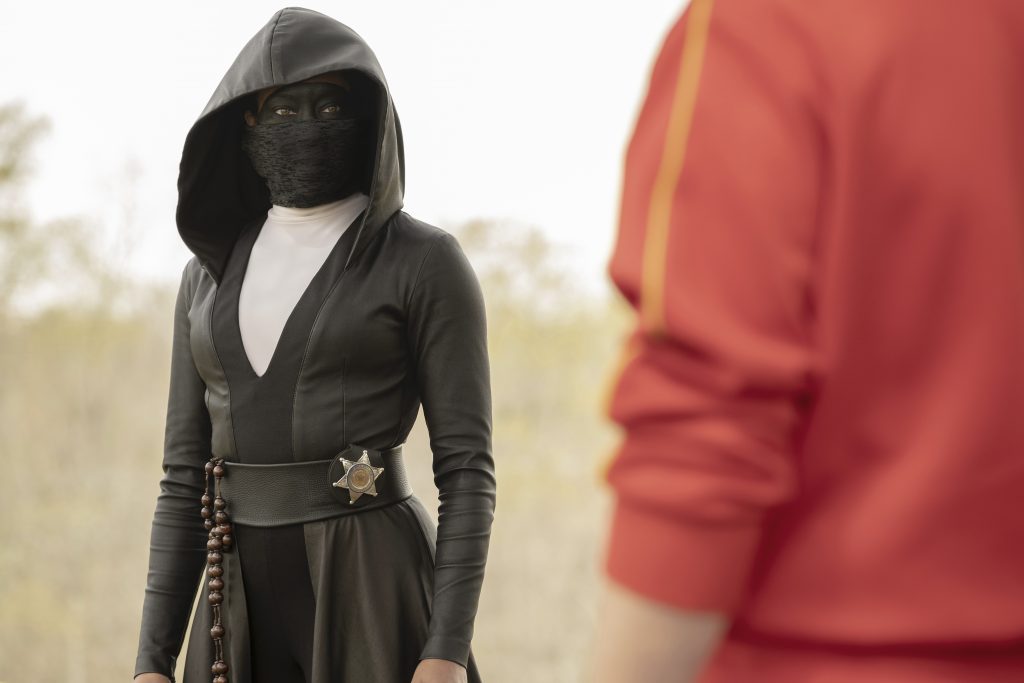 Damon Lindelof didn’t take lightly the challenge of adapting the most acclaimed graphic novel of all time.

The “Lost” and “The Leftovers” co-creator was a fan of the revered “Watchmen” book ever since his father handed him the first few issues when he was 13 in the mid-1980s. So agreeing to spearhead HBO’s new adaptation didn’t come without a bout or two of nerves.

“There was immense trepidation and it was never overcome,” he told The Associated Press. “Trepidation is actually our greatest asset.”

The first of his nine-episode “Watchmen” follow-up debuted Sunday, and the fanboys and fangirls will find many things created in their honor.

“The end result is something that is hopefully accessible to people who don’t have an intimate familiarity with ‘Watchmen,’ but there’s constant love letters and acknowledgments that we are building upon the foundation of this masterpiece,” said Lindelof.

It proved a formidable task to build on writer Alan Moore’s and illustrator Dave Gibbons’ dark superhero tale, which follows a group of masked vigilantes who uncover a vast conspiracy after one of their own is killed in an alternate-history America. Superheroes are banned and have gone underground.

Before they wrote a line of script for the new series, Lindelof and his team of 12 writers carefully plotted over 10 weeks what happened to that alternate world in the decades until 2019. “It’s a history that’s just adjacent to our own with some significant major aberrations,” he said. 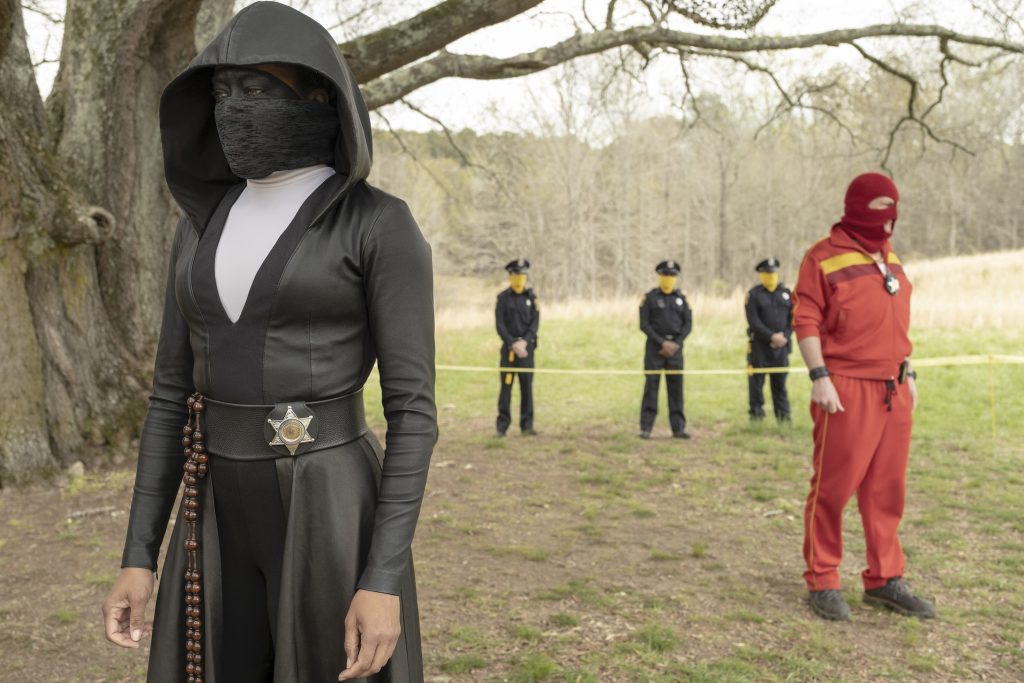 MARK HILL / HBO VIA ASSOCIATED PRESS This image released by HBO shows Regina King in a scene from “Watchmen,” which premiered Sunday.

In the original series, America won the Vietnam War and turned that country into a state. President John F. Kennedy is still assassinated on Nov. 22, 1963, but Richard Nixon remained president until 1988 after successfully abolishing term limits. Actor Robert Redford was running for president against Nixon.

Lindelof and his writers took all that and expanded it to a new universe. The series begins with Redford as president, and adds Henry Louis Gates Jr. as Treasury secretary and John Grisham serving on the Supreme Court.

The main plot is set in Tulsa, Oklahoma, where it’s hard to tell the bad guys from the good guys because police also wear masks. Some of the original characters have made the leap 30 years and some are brand-new. The internet isn’t a thing in this version of 2019 — newspapers and radio are the main means of mass communication.

“We treated the original 12 issues as canon, as an Old Testament, as it were,” Lindelof said. “The Old Testament has given us some clues as to what direction to head in but we also want to land in a place that’s a direct commentary on our time.”

The original “Watchmen” was built around the dread of the Cold War and so the creators of the HBO series also looked for a unifying theme. While they worked, the culture was wracked by images of white nationalists rallying in Charlottesville, Virginia, and black men being shot by police.

“When we started talking about moving the story into 2019, we wanted to say, ‘What is the cultural anxiety that we are now facing?’ Obviously, there is danger out there in the world, but all around us was this idea of a reckoning with race in America,” Lindelof said.

As a result, the new series paints a bleak portrait of race relations in America, with well-intentioned good guys fighting an endless wave of white supremacy. Its carefully crafted scripts explore vigilantism, torture and even eugenics.

The look of the show matches the mood, with a sense of dread punctuated by action sequences. Nicole Kassell, who directed the pilot and episodes two and eight, was led by Gibbons’ original vertical comic panes.

“It was absolutely inspiring to look at the framing of the comic and knowing that if I could pay homage to that as often as possible, it would really delight the fans,” she said.

There are so-called Easter eggs throughout. In one scene, King’s character is in a kitchen and the script calls for her to crack several eggs in a bowl and, for a millisecond, make a smile from the yolks. That’s a nod to an iconic image from the comic — the yellow smiley face.

But Kassell took it further, choosing clear bowls so she could film above and below, adding a whisk between two bowls to create an owl face (also a key motif of the books) and then adding a dash of red — recreating the blood-splattered smiley face image that graced the cover of the first issue.

The original comics also were bursting with social and historical references, with plenty of varied musical allusions. Lindelof and his team have matched that ambition, with references to everything from Greek tragedies to Rodgers & Hammerstein musicals. The soundtrack includes the Bee Gees, Beastie Boys, Eartha Kitt, Devo and Tchaikovsky.

It’s a challenging work and complex to watch. No wonder adapting “Watchmen” well has long eluded Hollywood. But Lindelof and his team have avoided one pitfall of director Zack Snyder’s “Watchmen” movie of a decade ago — being too reverential to the source material. This new series isn’t scared by its legacy.

“There is something almost freeing about saying, ‘This is supposed to be impossible. If we attempt this dive and we end up breaking our neck or, halfway down, we realize there’s no water in the pool, that’s sort of what everybody expected from us anyway,'” he said. “That became liberating.”