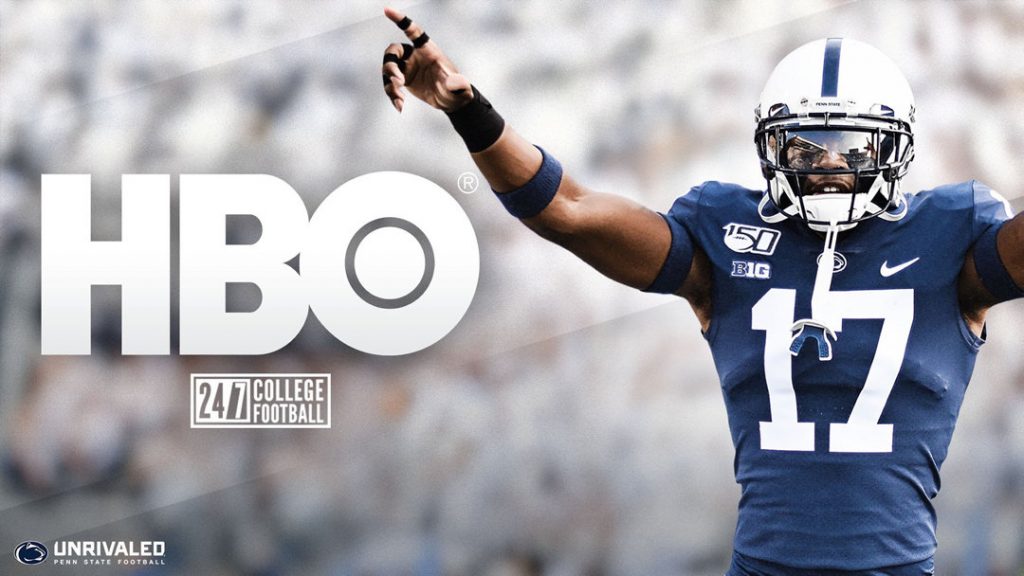 Penn State’s preparation leading up to its game against Purdue on Oct. 5 at Beaver Stadium will be featured on HBO.

The Nittany Lions will be one of four teams that will be the focus of upcoming episodes of HBO Sports’ 24/7 COLLEGE FOOTBALL, and the Penn State episode will air at 10 p.m. on Oct. 9. Film crews will follow Penn State for a week leading up to its clash with the Boilermakers.

Florida, Arizona State and Washington State will also be featured.

For more information, here’s the announcement from Penn State.

UNIVERSITY PARK, Pa. – The No 13/12 Penn State Nittany Lions will be among the four teams featured in the upcoming HBO Sports 24/7 COLLEGE FOOTBALL series. The all-access show will follow the Nittany Lions for a week in October to chronicle the team’s preparations for the Purdue game on October 5. The show will premiere Wednesday October 9 at 10 p.m. on HBO.

In addition to the Nittany Lions, 24/7 COLLEGE FOOTBALL will include Florida, Arizona State and Washington State.

“For many years, we have been enamored with the storylines and unrivaled traditions of college football, and we’re excited for the opportunity to expand the 24/7 franchise into the realm of college sports,” said Bernstein. “Viewers will feel the tremendous electricity of some of the best atmospheres in the country, and see the meticulous preparation and challenges facing these programs in the build-up to gameday and during the game action. We are excited for the challenge of delivering a four-part series of four different college programs over a four-week period with the production values and storytelling associated with our 24/7 franchise.”

Narrated by Liev Schreiber, the voice of HBO Sports’ Emmy® award winning documentaries and the 24/7 and Hard Knocks franchises, this four-part, limited college football series will document the lives of head coaches, players, assistant coaches and more for four college football teams over one week during the regular season. The series is a collaboration between HBO Sports and Lucky 27 Media and Sport & Story.

Sport & Story’s Bo Mattingly serves as an executive producer of the series. Mattingly has produced other college football television programs, including the Kansas University-focused “Miles to Go,” for ESPN+ and “Training Days: Rolling with the Tide,” which followed Nick Saban and the Alabama football program’s training camp, for ESPN.

“We are thrilled to be a part of such a prestigious and award-winning HBO franchise, and work with some of the most talented people in the industry,” said Mattingly. “This is a great opportunity to showcase college football and we appreciate the access these schools have given us for this landmark series.”

Heading up the production team for HBO Sports is vice president & senior producer Bentley Weiner, who has overseen the boxing, hockey, golf, and NASCAR installments of the 24/7 franchise. “This is an exciting new chapter for 24/7,” says Weiner. “We will have camera crews embedded with each team for one week of their respective seasons, with edit rooms running simultaneously in New York, to give viewers a revealing and timely look at what goes on behind the scenes at some of the most interesting programs in college football. We’re thrilled to have a representative from the SEC, Big Ten and two Pac-12 schools as part of this new initiative.”