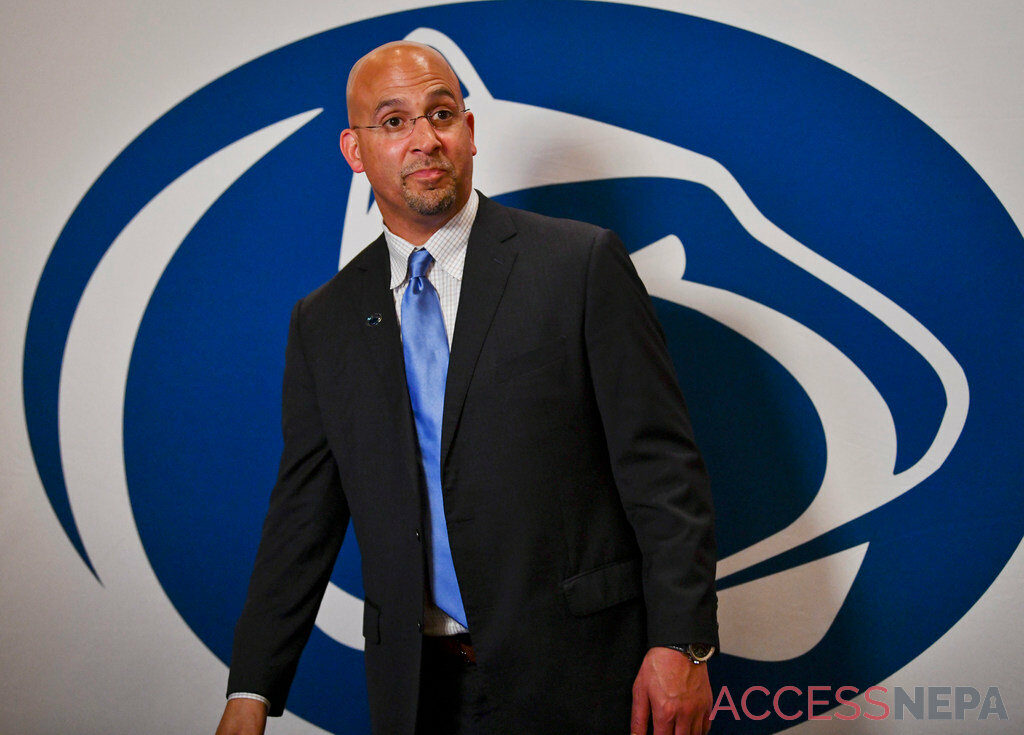 The Franklin-to-USC rumors are back. Is now the time to wonder?

Got this email this morning, and I think it might be worthwhile to address it while the rumors heat up again that James Franklin might ultimately take another job outside of the one he has, on the other side of the country, for a program with a lot of history and much more potential:

I am perturbed this morning. It’s particularly directed towards the firing of USC Head Coach Clay Helton. Our Lions have a game of enormous importance this week and don’t need distractions involving James Franklin’s employment status for 2022.

It’s difficult to ignore innuendo because it is everywhere. I’ve done my best “Lennie Briscoe” impersonation and have a very difficult time believing that a man with eight seasons under his belt and the top recruiting class in America (As of right now…) would bolt for a Southern California Wildfire.

On second thought, James fits the Hollywood personna perfectly. Fumi cried when they left Nashville… NASHVILLE to come to Pennsyltucky. His daughters (who I admit I don’t even know their names) would likely also prefer the Hollywood Hills and palm trees to the Frost Museum and grilled stickies. Yes, I am aware that he first needs to be offered, and that won’t be for several months. Still, after turning down the likes of Miami, Texas A&M, Florida State, Texas, and ironically Auburn in the past you have to wonder: Is State College truly James Franklin’s final destination or has there been a real “dream job” he’s been concealing from everyone for some time? I suppose we’ll find out soon.

I really like this email, and it’s from someone who emails me often, and whose opinions and insight I respect quite a bit. It also kind of details some of the things that are going to go into a decision like this, assuming Franklin does end up on USC’s short list.

So, lets get at them…

1.) Will the USC news and the rumors linking Franklin to the job be a distraction for Penn State?

Well, it shouldn’t. A focused team will be able to shut this out rather easily. Franklin said during his weekly press conference on Tuesday only that he’d address the issue with the football team’s Leadership Council. Nothing is going to move on the USC front until after the 2021 season, anyway. If Penn State players can’t push that aside right now, they aren’t championship quality anyway.

So, I think this is pretty much a nonissue, right now.

2.) Is the USC job a “Southern California Wildfire” compared to Penn State?

I don’t know if I’d use those words, exactly. But I think in most ways, Penn State is in no way an inferior job to USC.

The author of the email is right: Penn State’s 2022 recruiting class is currently ranked No. 2 in the nation by Rivals.com. USC is at No. 32, sandwiched between Rutgers and Kentucky.

On paper, I see why that’s the narrative. USC is the proverbial big fish in a small pond. But Oregon is a pretty big fish, too. I’m leery of these ideas that winning the Pac-12 at USC is an automatic entry into the playoff, at least the way the playoff is currently constructed. The perception of the quality of depth in the Pac-12 is so bad, you might have to go unbeaten to earn that kind of playoff consideration. Lose to Stanford, and you’re behind the loser of the SEC championship game in the pecking order, no matter what. Lose to Oregon, which is imminently possible, and you’re still behind the one-loss Ohio States and Clemsons who just play a tougher schedule week-in and week-out.

I don’t think just being at USC gives Franklin a better chance to win a national title than he has, say, right now at Penn State. Conceivably, Penn State can lose one game the rest of the year and be in the final four. Could USC win out at get there? And, again, Penn State is bringing in an enormous recruiting class, with a chance to build on it at the White Out.

3.) Would the Franklins be happier in Los Angeles?

Look, I don’t know how many of those jobs Franklin got asked about and outright turned down. Nor do I know for sure how much his wife, Fumi, and daughters, Addison and Shola, enjoy the big-city life compared to living in the State College area.

My take on that is, if I got offered a job tomorrow in Southern California that would pay me a lot more money, I’d probably move. That’s a scene I personally like. The beaches. The laid-back atmosphere. The weather. The buzz around town. I could totally see why someone like James Franklin — who I think could adapt to and do well in just about any city — would want to go there.

I don’t know that. Maybe. There’s always that one job we’d all strongly consider giving up all the great things we have to do. It’s not like I’m going to go looking for a job covering the New York Yankees, because I’m so content living where I live and doing what I do. But if the New York Times called and made me an offer…I don’t know, that might be difficult to turn down.

Maybe USC is that job for Franklin, but he has never come out and hinted at that.

However, he has outright said Penn State is his dream job, and he has never done anything that should lead anybody to believe he doesn’t mean that. When Bill O’Brien said in 2013 that he wouldn’t be living in Toftrees coaching Penn State football in 20 years, I believed him. When Franklin said he always wanted to be Penn State’s coach, I believe that too. One hundred percent.

Doesn’t mean he wouldn’t leave for a much better situation or for a unique opportunity, and I never got the sense the SEC or your run-of-the-mill program could throw gobs of money at him and get him to leave Happy Valley. But I would classify USC among the more unique opportunities in college football. And, maybe that would be enough to get his interest piqued.

5.) Is that really the worst thing for anybody involved?

I don’t think Penn State wants to lose James Franklin, but that’s the nature of the beast in college football these days. Great coaches are always going to be attractive to other programs, and the only way to avoid that is to employ a lesser coach. Penn State is very, very fortunate it doesn’t have to do that.

He just started his eighth season with Penn State earlier this month, and that’s a pretty good run. If he thinks he gave it a really good shot here, I don’t know who can argue against him. He has accomplished a lot here. Nobody knows better than him what the potential is at Penn State, versus the potential somewhere else. It’s a free country, and his contract allows it. He can go somewhere else if he chooses.

And if he chooses to do so this year, at least the cupboard isn’t bare when it comes to potential candidates to replace him.

The current staff has two really good ones: Defensive coordinator Brent Pry, and offensive coordinator Mike Yurcich. Former offensive coordinator Joe Moorhead just authored a playcalling masterpiece against Ohio State as Oregon’s OC last weekend, and he’d be a popular hire for obvious reasons. Ricky Rahne will have a season under his belt as a head coach if Penn State wants to go in that direction. And, oh yeah…Alabama’s offensive coordinator is going to be a hot name on the coaching front this offseason if Sandy Barbour wants to turn back the clock a little bit.

Penn State, for sure, isn’t in a bad situation here. It either keeps a head coach who is good enough to be a top name in the biggest national searches, or it gets to benefit from the job that head coach did during his tenure and go after a big-name replacement. Obviously, keeping James Franklin would be the preference.

But that decision, ultimately, is his.