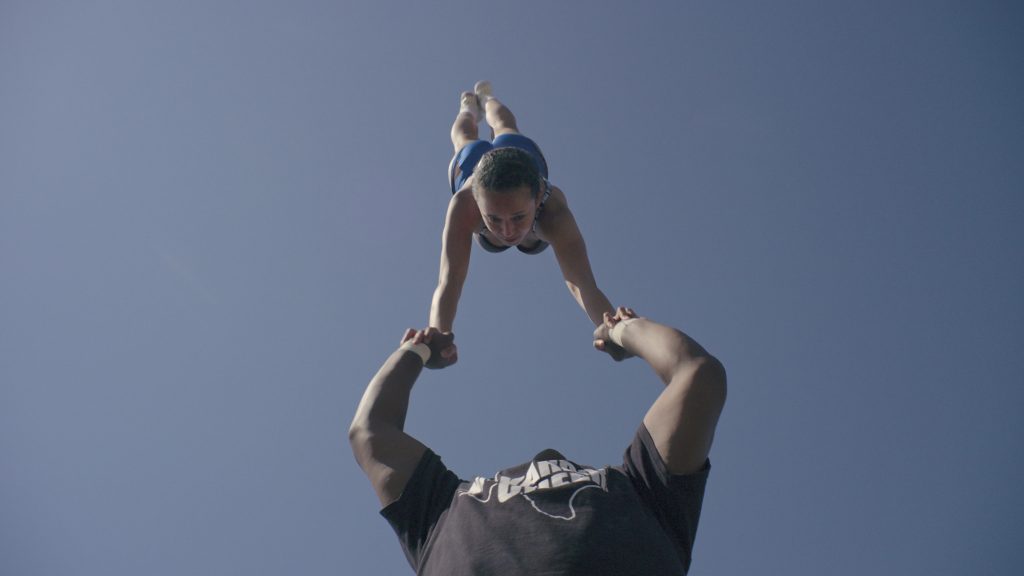 The six-part Netflix documentary follows a team of iron-willed cheerleaders and their take-no-prisoners coach from Navarro College, a community college in Corsicana, Texas, as they prepare for the 2019 national championship competition in Daytona Beach, Florida.

We meet coach Monica Aldama, a Corsicana native who has led the school’s cheer team to 14 national championships. She has a finance degree and an MBA from the University of Texas. She hunts for efficiencies. She makes backup plans for her backup plans’ backup plans. She approaches the sport’s complicated scoring system like a profit-and-loss report, and loss is not her forte.

We meet Jerry Harris, a gentle and generous soul who grew up poor and sometimes homeless in Chicago. His mom died young of cancer. His team is his family, and he shores them up with muscle and love and good will.

We meet Morgan Simianer, whose parents abandoned her and her older brother, leaving them to fend for themselves in a Wyoming trailer until her grandparents stepped in.

We meet La’Darius Marshall, an insanely talented athlete who survived childhood sexual abuse and severe bullying from neighbors and relatives who couldn’t accept him being gay.

We meet Lexi Brumback, a quiet girl who dropped out of high school and spent time in jail. In one episode, she has to figure out how to tell her coaches that someone has placed nude, underage photos of her on Twitter.

The Navarro team is 40 strong. Each person we meet is as compelling and complicated as the next. And because we get to spend six full hours with them, over the course of the series, we get a lingering, nuanced look at a group of people who are, too often, categorized and dismissed after a single glance: Big-haired cheerleaders. Kids from broken homes. Hard-charging coach. Small-town, God-fearing Texans who surround these kids — watch them and teach them and judge them and root for them.

I started watching it, curious to see what all the hype and memes and celebrity gushing were about. Simone Biles has joked she wants to try out for the Navarro team. (At least I think she’s joking?) The Wall Street Journal interviewed Adalma about her recipe for success. Chrissy Teigen is obsessed with the series, and “Saturday Night Live” parodied it.

“JJ Watt tweeted about it,” I told my 10-year-old, figuring an NFL player’s endorsement would get him to sit on the couch and watch a documentary about cheerleading with me. I was right. We binged three episodes. On Sunday afternoon, when I told my son it was homework time, he said, “Or we could finish watching ‘Cheer.’”

The series is not without its critics. Adalma’s coaching techniques, particularly how she appears to handle injured athletes, have come in for scrutiny.

But I think this series invites us to look hard at our need for clear-cut heroes and villains. I think it asks us to pause and pore over the conclusions we jump to, often without much evidence. I think it’s a lot more interesting, this series, if we fight our urge to judge the athletes’ paths, their parents’ decisions, this coach’s technique, and receive it, instead, as insight into a handful of human lives: wildly disparate, intricately connected, infinitely complex, occasionally flawed human lives.

Also the cheer sequences are astounding.

I’m glad “Cheer”-mania is sweeping the nation. We need doses of nuance. We need to pull up and look closely at our fellow humans — their pain, their pasts, their triumphs. We need stories that guide us toward understanding.

“Cheer” does all of that and then some.