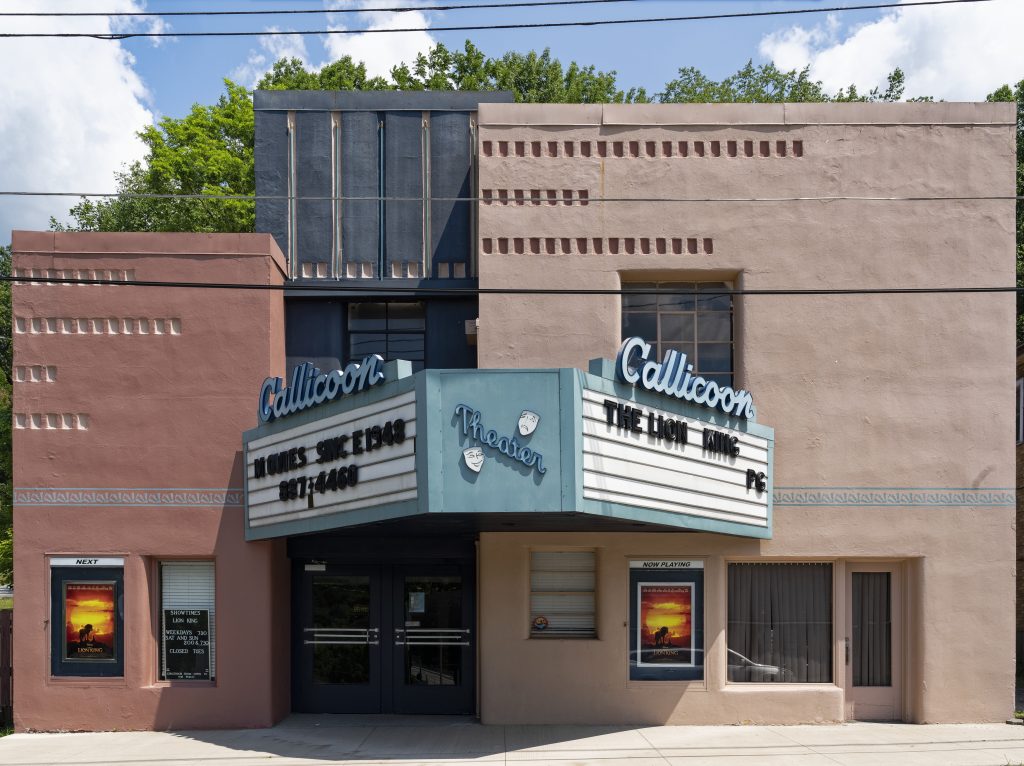 Movie house on Delaware River braces for an unexpected threat

The Callicoon Theater is a single-screen cinema along the banks of the Delaware River in the Catskills, in rural upstate New York. It has an art-deco facade and 380 seats. “We never sell out,” its box-office phone line promises. There’s not another theater for 30 miles.

Kristina Smith last year moved up from Brooklyn and bought the Callicoon, becoming only its third owner. The Callicoon, she says, is more than a place to see “Frozen 2” or “Parasite.” It’s a meeting place, a Main Street fixture, a hearth.

“It’s been like that for a really long time. All the locals up here, from third-generation farmers to school teachers and families, they kind of rely on it,” says Smith. “In some of these rural areas in America, a little movie theater is kind of a little beating heart of a town.”

The Justice Department last week moved to terminate the Paramount Consent Decrees, the agreement that has long governed the separation of Hollywood studios from movie theaters. Hatched in the aftermath of a 1948 Supreme Court decision that forced the studios to divest themselves of the theaters they owned, the Paramount Decrees disallowed several then-common practices of studio control, like “block-booking,” or forcing theaters to take a block of films in order to play an expected hit.

Their dissolution isn’t assured. Courts will review the Justice Department’s arguments and ultimately decide their fate. But the potential crumbling of a bedrock Hollywood tenet has led to widespread consternation from one corner of the movie world more than any other: small, independent theaters. The fallout for major studios and large theater circuits is less certain. But in interviews with people on all sides of the movie business, one takeaway is agreed upon: It’s bad news for small-town movie houses like the Callicoon.

“There is a heavy amount of push back and unease on the part of mid-size and small exhibitors and, frankly, there should be,” said a studio distribution executive who spoke on the condition of anonymity because he wasn’t authorized to speak on his company’s behalf. “The smaller exhibitors will get hurt. And that’s really a shame. It’s disturbing that the showmanship of the smaller towns will disappear in the event of this happening.”

The Paramount Decrees may sound like a relic from a bygone time. They were signed when most movie theaters were single-screen studio-controlled cinemas, when TVs had yet to invade most homes, when Gene Kelly and Humphrey Bogart were top stars. But the decrees have played a massive role in the history of American movies, shaping what, where and how moviegoers see what they see.

While more general antitrust laws would still apply, theaters stand to lose legal protection on issues regarding block booking and price setting — issues that can have an outsized effect on smaller movie houses. Studios already sometimes mandate a three-to-four week run for a popular picture. If a studio turns around and says that in order to play one surefire blockbuster, a theater must also take a less popular film for an extended run, that could have dire effects on a movie house with only so many screens.

“Because of the population size, I don’t have enough people up here to withstand a four-week run of a picture. I don’t care what movie it is, by week four, I’m losing money,” says Smith. “Tether that to a less popular picture, you could probably only do that two or three times to the Callicoon Theater before we close our doors.” 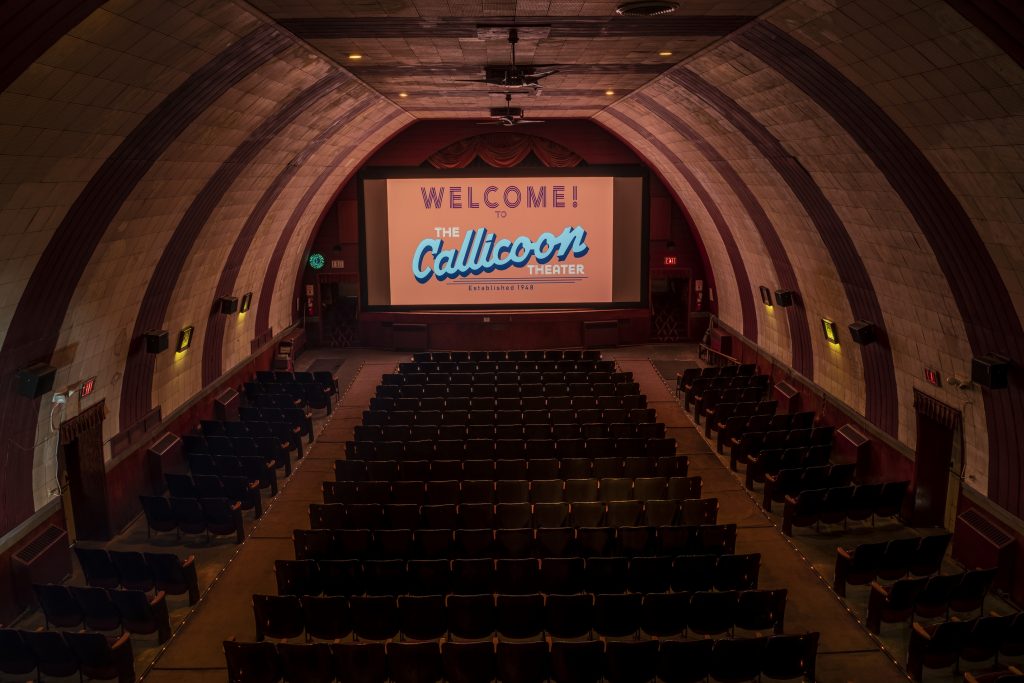 SULLIVAN CATSKILLS VISITORS ASSOCIATION VIA ASSOCIATED PRESS
The interior of the Callicoon Theater in Callicoon, N.Y., in July 2019

During the Justice Dept.’s review of the decrees, the loudest protest came from small theaters and drive-ins. They are smaller in number than they once were, but they’re still out there. Regal, AMC and Cinemark account for roughly half of the 41,000 screens in the U.S., giving them plenty of leverage in negotiations with studios. The 91 remaining single-screen venues and the few hundred houses with a handful of screens, naturally, have far less bargaining power.

“Without these decrees, larger circuits could make business more difficult for theaters like mine. The movie studios are not as motivated to work with our needs and would prefer to streamline their product to large circuits that will offer exclusivity,” argued the two-screen, circa 1927 Falls Theatre in Falls River, Wisconsin, in the DOJ’s public comments.

These are also theaters that, catering to rural, less affluent areas, don’t sell premium $15 or higher ticket prices. So the prospect of studios setting a nationwide ticket price on a movie is also worrisome to them.
“The removal of the decree on resale price maintenance is another step in the death knoll of the independent, regional chains, and small theaters in rural and metropolitan areas,” said the Trinity Theater in Weaverville, California.

Most smaller independent theaters are already just squeaking by. Funneling as much as 65% of a movie’s box office back to distributors, any profits mostly come from concessions. And they feel like they know their audience better than distant corporations. The United Drive-In Theater Owners Association, for example, noted that they have their own programming considerations separate from “indoor cinema.”

The Justice Department and Makan Delrahim, head of its antitrust division, nevertheless decided the decrees “have served their purpose,” adding that “their continued existence may actually harm American consumers by standing in the way of innovative business models for the exhibition of America’s great creative films.”

Under President Donald Trump, the Justice Department has been moving to terminate numerous legacy decrees. AMC and Regal didn’t publicly object to repealing the Paramount Decrees but they are challenging plans to eliminate the ASCAP-BMI decrees which have wide-ranging implications for music rights.

The Justice Department’s current deregulatory approach has already played a role in reshaping the landscape of Hollywood. It quickly rubber stamped the Walt Disney Co.’s acquisition of 21st Century Fox, which by combining two of the industry’s most storied studios, created one of its most dominant distributors ever. Nearly a third of all tickets sold this year belong to Disney.

But University of Pennsylvania Law School professor Herbert Hovenkamp, an expert of antitrust law, says the market is much more competitive now than it was in the late ’40s. There are TV and streaming entertainment options and the majority of movie houses are multiplexes carrying a variety of product.

“There could be some small towns that have a single theater or two theaters and they may lose out on something like this,” says Hovenkamp. “But the fact is there are many, many more markets that are much more competitive and many screens. Freeing up the market would make more available to them.”

The theatrical business has larger problems. It’s facing increased competition over its traditional theatrical exclusivity window from streaming services like Netflix, Amazon and Apple. (None were ever part of the decrees, nor was Disney. It was considered a less consequential upstart in 1948.)

Ticket sales this year are down nearly 7% from last year, according to data firm Comscore. Meanwhile, the top studios are all busy rolling out their own streaming services. Those, in effect, already combine production, distribution and exhibition — the vertical integration the decrees once aimed to stop.

The fate of little old movie houses is pretty far down the list of the industry’s concerns. Smith knows studios, shed of the Paramount Decrees, won’t have much reason to make exceptions for theaters like the Callicoon. Still, she’s hoping that different regulations can be set for theaters with three or less screens. Their survival, she says, matters.

“We need more places in this country right now where we can come together and share space with one another and breath the same air. Those places in modern society are disappearing,” says Smith. “You’ve got your town hall. You’ve got church. And, sometimes, you have your local movie theater.”