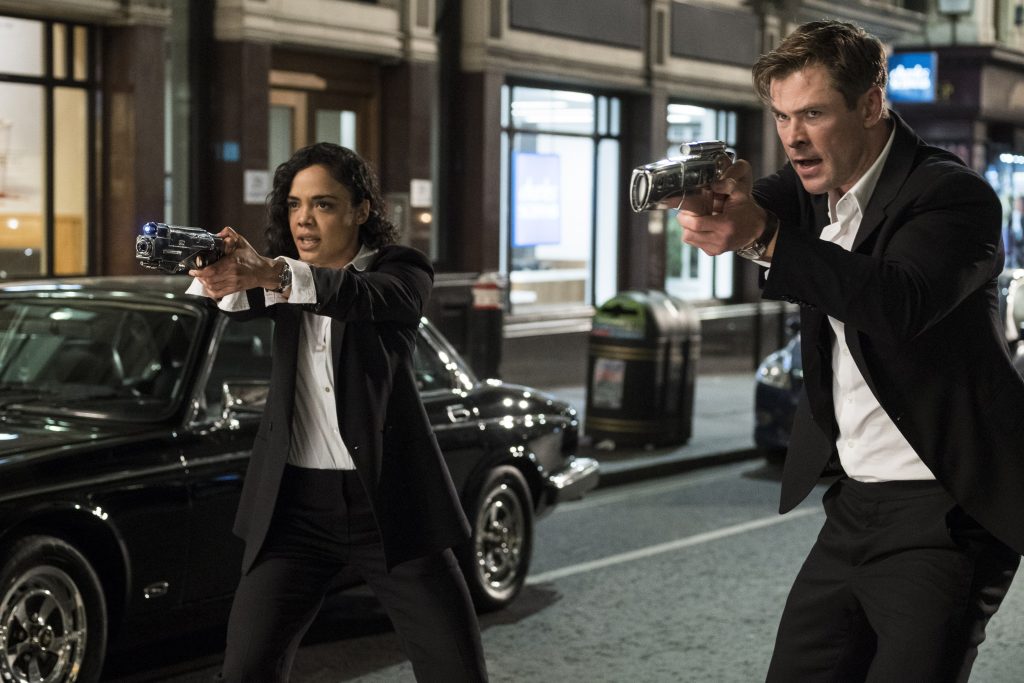 ‘Men in Black: International’ too jokey in its approach

See, the thing about the “Men in Black” when we first met them back in 1997 was this:

They didn’t know they were in a comedy. They were dead serious about their work with a secret organization dedicated to supervising extraterrestrials inhabiting the planet.

Sure, there were tons of laughs in the Will Smith/Tommy Lee Jones “MIB” movies — especially the first one — but at its core, this was a classic buddy-cop movie, with Jones’ grizzled, cynical, humor-impaired Agent K mentoring Smith’s quick and fast but green Agent J.

It was fresh, original, innovative stuff, from the visual jokes identifying certain world-famous celebrities as aliens to the fantastically hammy performances by the likes of Tony Shalhoub and Vincent D’Onofrio as aliens to the bittersweet use of the neuralyzer, that all-important device that emits a bright flash erasing all memory of what you’ve experienced over the last few hours, days, months — even years.

Now, seven years after Smith and Jones teamed up one last time for “MIB3,” we get “Men in Black: International,” which has its moments, especially if YOU’VE been neuralyzed and you don’t realize some of the gags are just repeats of bits from the original.

Another, larger problem: “MIBI” is just too jokey in its approach, especially in the way Chris Hemsworth’s Agent H is written (and played).

Save for a few flashbacks, “Men in Black: International” is set in the present day, with Agent K and Agent J out of the picture — save for a framed picture in the London headquarters, depicting the heroic agents in action. 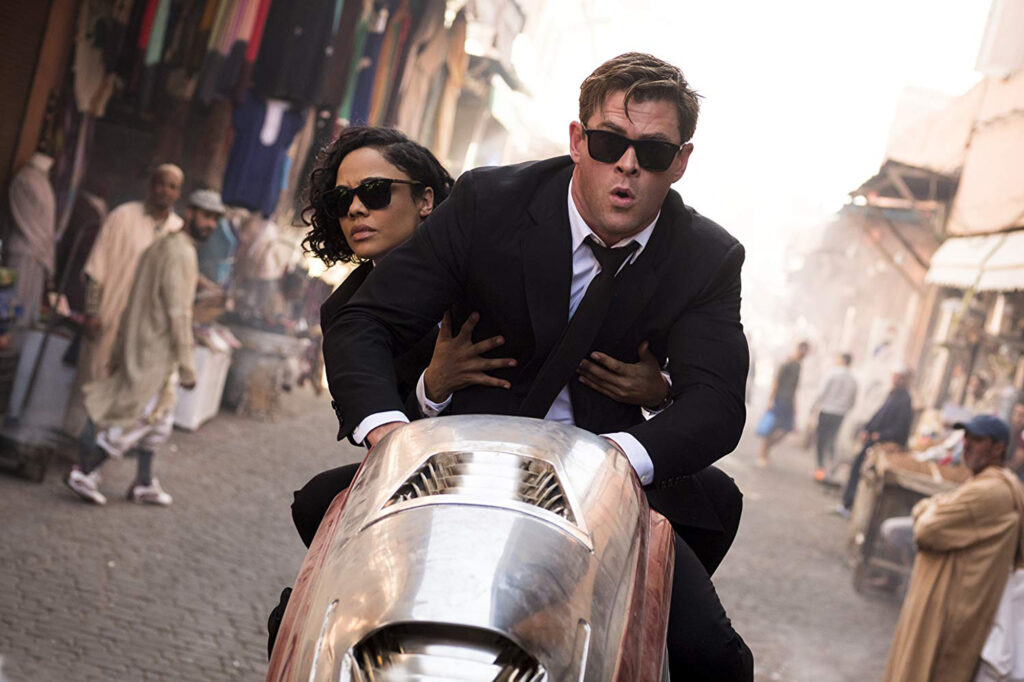 Hemsworth is reunited with his “Thor: Ragnarok” co-star Tessa Thompson, who plays Molly, a nerdy, geeky, whip-smart “MIB” fan-gal who has dreamed of proving the organization is real and then joining the team ever since she had an actual encounter with a super-cute alien when she was a little girl.

Molly finally infiltrates the New York headquarters of MIB and scores a face-to-face with Emma Thompson’s Agent O (a holdover from “Men in Black 3”), who christens her Agent M and sends her to the London bureau on a probationary basis.

Liam Neeson’s “High T” (get it?) runs the London branch, and Hemsworth is Agent H, former partner of High T and still considered the best agent on the team, even though he’s grown sloppy — partying all the time, literally sleeping on the job and getting mixed up in questionable, conflict-of-interest romances, including a torrid affair with one Riza (Rebecca Ferguson), a ruthless arms dealer who actually has three arms, so how could she not be an arms dealer?

Kumail Nanjiani scores solid laughs as a tiny alien who was literally a pawn in a chessboard-type miniature kingdom and is the sole survivor of a massacre. What’s a queen’s pawn without a queen? “Pawny,” as he’s so cleverly named, latches onto Agent M as his new queen, and sticks around for the rest of the movie to crack wise about the proceedings.

Everyone in “MIBI” is trying to gain possession of the Tesseract, a magical, glowing, cubelike object with such power, whoever controls it can control the universe.

The special effects are fine, but there’s nothing particularly special about the action sequences. We get crazy chases through crowded city streets, big ol’ explosions and a few gunfights and hand-to-hand combat scenes during which Agents H and M find time to crack a joke or do a little light flirting even as their lives (and the fate of the planet) hang in the balance.

A self-referential Thor joke comes across as forced. The plot about a mole buried deep within the MIB organization offers up a very short list of candidates, and it’s beyond easy to decipher which one will turn out to be the turncoat.

I like Hemsworth. He’s displayed a genuine knack for comedy, as recently as in “Avengers: Endgame.” Here, though, he’s saddled with a character who’s not only careless and self-centered, he’s kind of a dope. How did this guy ever make it to the top ranks of MIB agents?

Tessa Thompson’s performance is the best thing in the movie, in part because she’s playing a character who genuinely respects the legacy of the Men (and Women) in Black and is thrilled to be part of the team.

Agent M is all-in. That’s the sort of dedication we need from more MIB agents.