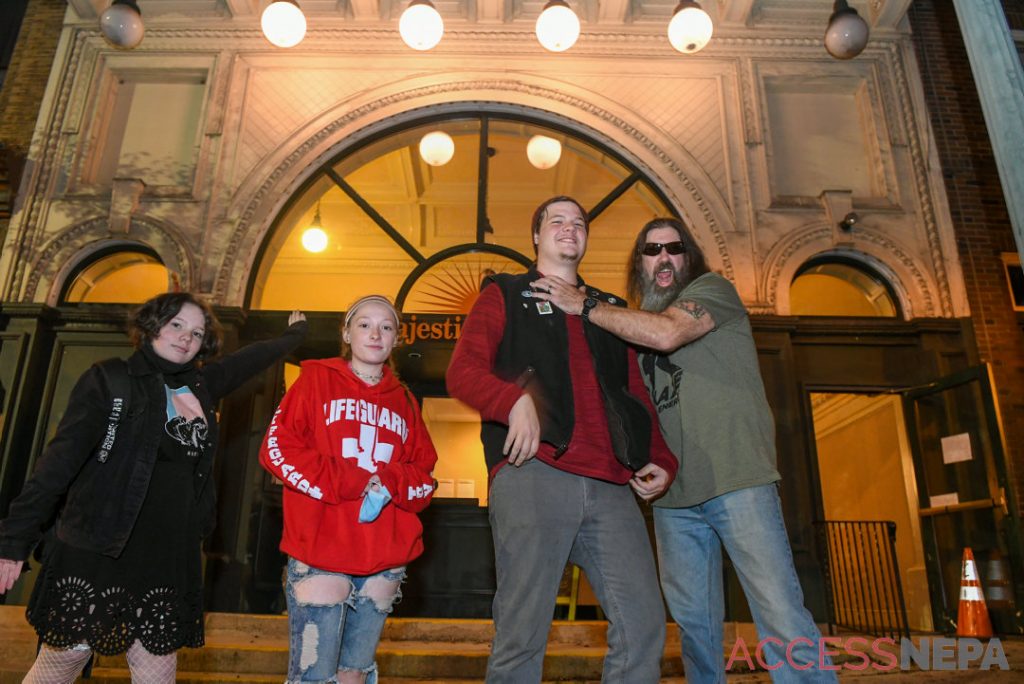 “It doesn’t get more Skook than that,” said Ebert, of Mahanoy Plane, after the movie’s premiere Saturday at Pottsville’s Majestic Theater.

“Samhain” was made by Schuylkill County locals under the name Gravestone Films. Named after the Gaelic holiday that inspired Halloween, ”Samhain” tells the story of an escaped mental patient who dons a clown mask and goes on a rampage. It’s up to four nerds to take down the killer.

The Majestic was packed for the premiere — at least, as packed as it could be in the face of COVID-19 restrictions. The masked crowd, asked to sit in every other row in a theater also populated with cardboard cutouts and a man in a plague doctor costume dubbed “the Phantom of the Majestic,” cheered when the film ended.

“It’s a very surreal experience,” Ebert said. “First time I watched it I thought ‘no one’s gonna clap for this.’ But I even surprised myself.”

Ebert celebrated his 19th birthday on the night of the premiere.

“Yeah, it was dope,” said Welsh, of Scranton, about the movie. “I thought it was awesome. I liked the actors.”

“Samhain” was filmed in and around Schuylkill County from July to November 2019 with amateur actors.

“We have a whole lot of heart but absolutely no money,” said Brett Harris, of Frackville, who played the killer. “So this is gonna be one of those movies that’s so bad it’s good.”

The movie’s DIY aesthetic is part of its charm. The actors agreed that making the movie was tiring (including an incident where Ebert drank vinegar thinking it was water) but fun.

“It’s what I expected from what they described,” said horror movie fan Cathy Satterwhite, of Saint Clair. “I enjoyed it.”

Cassey Gradwell, the mother of one of the actors, asked Harris for his autograph.

“I watch a lot of horror movies,” she said. “This was great.”

“I was basically just a crash-test dummy before I did this,” Harris said. 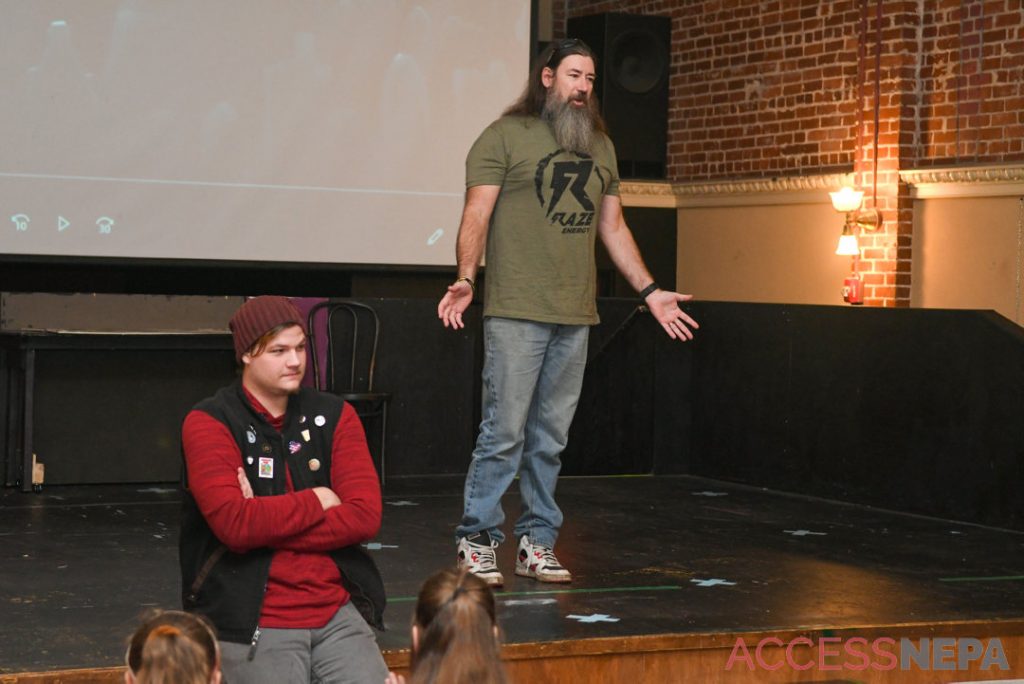 JACQUELINE DORMER / STAFF PHOTOGRAPHER
Brett Harris, left, and Tyler Ebert talk to those in attendance before a showing of “Samhain” at the Majestic Theater in Pottsville.

Before meeting “Samhain” producer Scotty McCoy in a fantasy wrestling league, he was a YouTube stuntman who rode ATVs and played street hockey on his channel “Wylde 40.”

“It was fun,” he said. “It’s a dream come true because I love horror movies.”

Harris also coordinated all of the stunts.

“I not only got to do the killing but I got to say how it was gonna go down,” he said.

He wants to continue acting in the future. Ebert wants to pursue acting as well, but if that doesn’t work out he wants to study culinary arts. He says that McCoy, who also wrote the movie, “watched ‘Halloween’ too many times.’ ” He compares it to how Disney’s “The Lion King” was based on Shakespeare’s “Hamlet.”

“Samhain 2” is in the works, and there are plans for a large-scale production with hundreds of extras.

“We’re just the kooks that played it out,” Ebert said about himself and his fellow actors.