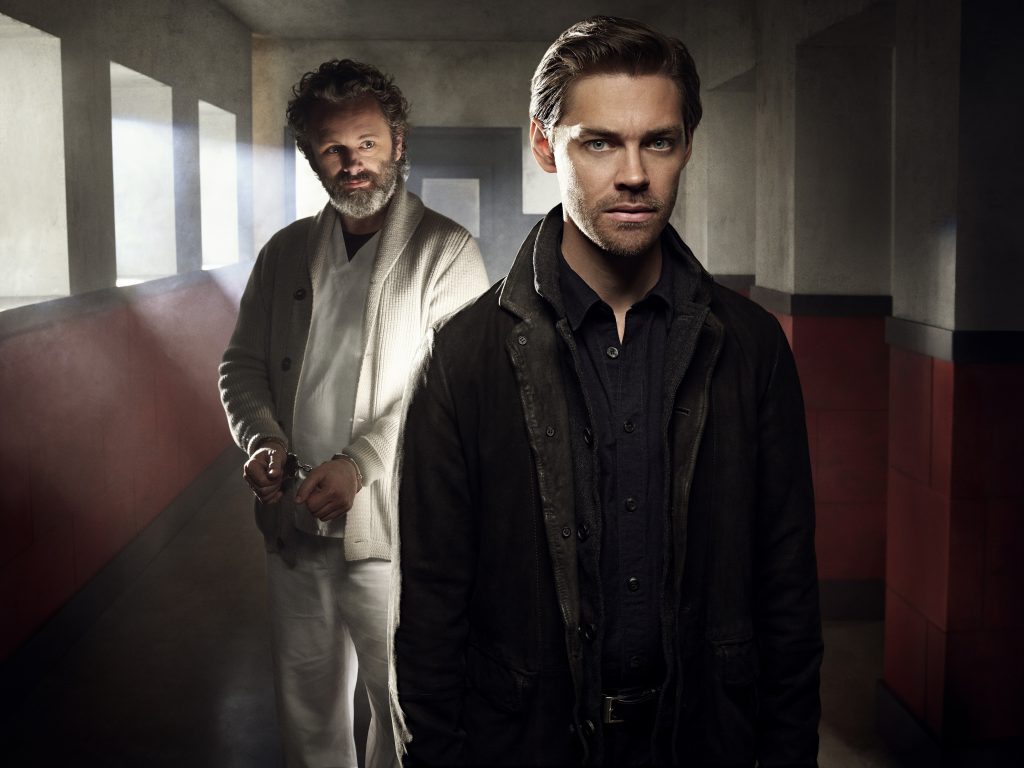 This fall’s TV season is more cross-your-fingers-and-hope-for-the-best than viewers would like — but the highs have a chance to soar.

Several anthologies, including Ryan Murphy’s Netflix debut, may be the standouts of the season. But the schedule, packed with big names, is also littered with flimsy plots. Still, the beauty of TV is the surprises, not the predictable successes.

We’re here to help, and have weeded through the lineup to help you figure out what’s worth your time. Here are the new shows you should watch, give a try and avoid.

If it’s not too traumatizing to watch, and for some it may be, this could be a defining story of the #MeToo movement. “Unbelievable” is a miniseries based on the ProPublica article about a teen (Kaitlyn Dever) accused of lying about her rape and the two female detectives (Merritt Wever and Toni Collette) who believe her.

While the small screen is saturated with talks shows, Lilly Singh is doing something special. The Indian-Canadian YouTube star with almost 15 million subscribers will become the only woman to host a late-night talk show on one of the four major networks when she takes over for Carson Daly.

In 2019 alone, Michael Sheen has played, to delightful results, a lawyer inspired by Roy Cohn on “The Good Fight” and a literal angel on “Good Omens,” so the logical next step, of course, is a serial killer nicknamed The Surgeon. Everything about it is absurd: the serial killer’s son (Tom Payne) who hunts serial killers and the ex-wife (Bellamy Young) who drowns her past in pills. Not to mention a truly bizarre and remarkable cast of surrounding characters.

“The Politician” (premieres Sept. 27 on Netflix)

Ryan Murphy, the co-creator behind “Glee,” “American Horror Story” and much more, pulled out all the stops for his first show at Netflix, and that’s saying a lot. In true Murphy fashion, he’s compiled a who’s who of Hollywood stars — including Gwyneth Paltrow, Jessica Lange, Zoey Deutch, Lucy Boynton, Bette Midler, Judith Light, Dylan McDermott and January Jones — for a show about an entitled California high school student (Ben Platt) and his rise in politics. Murphy might be the busiest man on the West Coast these days, but he hasn’t gotten it wrong in a long time.

Anthologies are having a wildly successful run, thanks in large part to the aforementioned Murphy, which brings us to “Modern Love,” based on the New York Times’ weekly column about, well, modern love. As is often the case with anthologies, the cast will carry it, and it’s made up of Tina Fey, Anne Hathaway, John Slattery, Brandon Victor Dixon, Cristin Milioti, Andrew Scott, John Gallagher Jr. and pretty much everyone Murphy hasn’t already cast.

Sure, we may be culturally obligated to support all “Star Wars” content but there’s no way Disney+ is launching an entire streaming service with a less-than-perfect series. Jon Favreau moves over from Marvel to write and produce the story of a Mandalorian gunfighter (Pedro Pascal) a few years before “Return of the Jedi.”

“The Morning Show” (premieres this fall on Apple TV+)

It may be a little inside baseball, but there’s an inherent interest in who decides what we see on TV during our morning Cheerios and how they decide it. Of course, it helps when Jennifer Aniston, Reese Witherspoon and Steve Carell are the ones breaking the news. Early trailers for the comedy-drama less-than-subtly hint at a #MeToo ousting for Carell, but it’s not quite clear if that’s just a jumping off point. Best-case scenario is that this is a less-pretentious version of “The Newsroom.”

We don’t even have a cast for “The Gilded Age” yet, let alone a trailer to go off of, but Julian Fellowes’ “Downton Abbey” follow-up, about 1885 New York and the racial, financial and gender gaps that come with that time and that place, is full of promise. But can we get a trailer at some point please?

Allison Tolman deserves better than the credit she gets for being such a great actress and she also probably deserves better than “Emergence,” about a Long Island police chief who takes in a child after an accident of which she has no recollection. Like “Manifest” last season, this’ll be all about how long the writers can drag out the mystery.

The line between fun and cheesy is awfully thin and this Bradley Whitford/Anna Camp musical comedy series about a grumpy, Ivy League music professor and a small-town church choir could easily go either way. The songs will probably make or break it.

Robert and Michelle King are among the most underrated showrunners on TV (seriously, “The Good Wife” and “The Good Fight” are great, but please watch the canceled “BrainDead” too). Supernatural drama “Evil” revolves around a clinical psychologist (Katja Herbers), a priest-in-training (Mike Colter) and a contractor (Aasif Mandvi) investigating religious occurrences (miracles, demonic possessions) and could be fascinating. It also could just end up being a less fun version of “The X-Files.”

Even if you’re not a lawyer, you have to realize that using your own sperm at your fertility clinic crosses some ethical boundaries (it’s also probably super illegal). But Leon Bechley (Timothy Hutton) somehow either didn’t know or didn’t care and now his daughter (Brittany Snow) is stuck with almost 100 new siblings, including Roxy (Emily Osment) and Edie (Megalyn Echikunwoke) in this drama.

It’s a little hard to believe that, in 2019, Chuck Lorre is putting out a sitcom based entirely on the premise that a mediocre middle-aged white man (Billy Gardell) could have a crush on an immigrant (Folake Olowofoyeku), but here we are. What about that exactly is funny? It’s almost certainly not worth finding out. And hey, while you’re here, please don’t put emojis in show titles, like the actual heart shape that’s officially used in the show’s title. We are way too old for that.

Honestly, truly, how many tough private investigator shows do we need? It’s like Mad Libs: (proper noun), a former (job title), moves to (city with a lot of rain) and becomes a private investigator so (he/she) can support (his/her) (family member). This time it’s Cobie Smulders, Marine veteran, Portland, brother. Been there, been bored by that.

Carol (Patricia Heaton) has fulfilled her duties as a wife and mother and now she gets to be a doctor like she always wanted because women can’t actually be a wife, mother and doctor at the same time. So now we’re left with a bunch of jokes about the aforementioned Carol being old and, well, that seems to be about it.

It’s yet another animated show about a family being poor and white. The cast is great — Kristen Wiig, Maya Rudolph, Jillian Bell and Ike Barinholtz are all lending their voices as series regulars and Mary Steenburgen is set to have a recurring role — but just go watch “King of the Hill” at this point. Or literally any of Fox’s other animated sitcoms. They have enough.