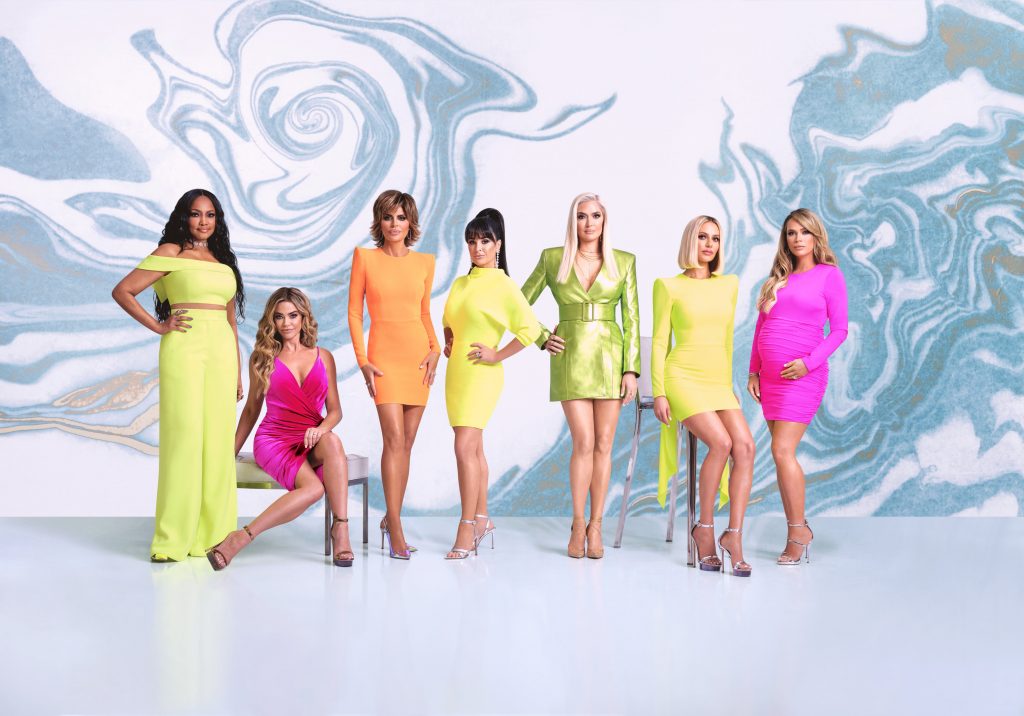 Binge best of Beverly Hills ‘Housewives’ ahead of tonight’s premiere

Since 2010, “The Real Housewives of Beverly Hills” has allowed viewers a peek into the lives of some of the world’s wealthiest women, who also knew how to bring the drama.

Just when Kyle Richards and Camille Grammer try to mend their broken friendship, Camille hosts a dinner party at her house with all the ladies. Tensions mount during the night, but things get extra heated when Camille’s friend, Allison Dubois, a psychic medium, starts to give each guest a reading, including scathing predictions on Kyle’s life and marriage. A fight erupts, and Kyle and the others speculate Camille and Allison set her up.

Almost every storyline comes to a head, including Camille reeling after her husband, actor Kelsey Grammer, asks for a divorce, and a huge blowout takes place at a birthday party for Taylor Armstrong. Taylor confronts Kim Richards about a previous argument. The rest of the women join in to air their grievances about Kim, including her sister, Kyle. On the way home, Kyle lashes out at Kim, revealing the deep and troubled relationship between the siblings.

Though the Richards sisters have a rocky relationship, they stick together in times of trouble, like during this two-episode fight. When one of the women hosts a game night, the sisters taunt Adrienne’s friend, Brandi Granville, who then accuses Kim of being drunk and doing drugs in the bathroom. Kyle goes to bat for her sister before Brandi threatens “I will (expletive) kill you.”

During this time, tabloids swirled with rumors about Taylor and her husband, Russell Armstrong, including about financial woes and accusations of domestic violence. Nothing was said on camera until Lisa Vanderpump confronted Taylor over an unrelated snub. This turned into a fight among all the women.

If you’ve been on the internet in the past year, you’ve probably seen the “woman yelling at cat” meme. Taylor is the woman in question, and this episode is where that meme originates. Brandi invites the women to a party, and when Deedee tries to mend fences between Taylor and Camille, Taylor explodes. All of the women get involved in the fight, which includes the iconic still of Taylor pointing and yelling at Camille.

When Eileen Davidson decides to host a poker night at her home, Kim’s erratic behavior causes concern, and Kyle worries that her sister is no longer sober. Brandi defends Kim and tries to come between the sisters. A fiery argument ensues as Kyle chases Brandi out into the driveway. Keep an eye out for Eileen’s husband peeking through the garage window to watch the madness.

By the time the cast travels to Amsterdam, Lisa Rinna has spoken to all the women about Kim’s increasingly alarming behavior, questioning her sobriety. Lisa Rinna later attempts to apologize to Kim for overstepping, but Kim won’t accept it, lashing out and insinuating she knows a secret about Lisa’s marriage to actor Harry Hamlin. This infuriates Lisa, who smashes a wine glass off the table.

No one can make something out of nothing like these women. Case in point is season six’s “Panty-gate,” aka the feud between Erika Girardi and Dorit Kemsley over the fact that Erika didn’t wear underwear to dinner months before. Dorit finally apologizes, but Erika won’t hear it. After Eileen gets in trouble for an insensitive remark and there’s an awkward apology, Lisa Rinna takes it upon herself to ask if Dorit’s guests were doing cocaine in the bathroom at a recent dinner party. Fun night for all.

The final blow to Lisa Vanderpump and Kyle’s friendship was a puppy Dorit adopted from Lisa’s rescue, Vanderpump Dogs. After the dog bites Dorit’s husband, the couple takes it to a kill shelter (it was returned to Vanderpump Dogs upon a microchip scan). Lisa Vanderpump, a staunch animal rights activist, gets upset but refuses to allow anything to be brought up on camera. Then, the other women accuse her of selling a story to the tabloids. Kim and Lisa Vanderpump unleash decades of grievances at each other in a final faceoff in Lisa’s home.