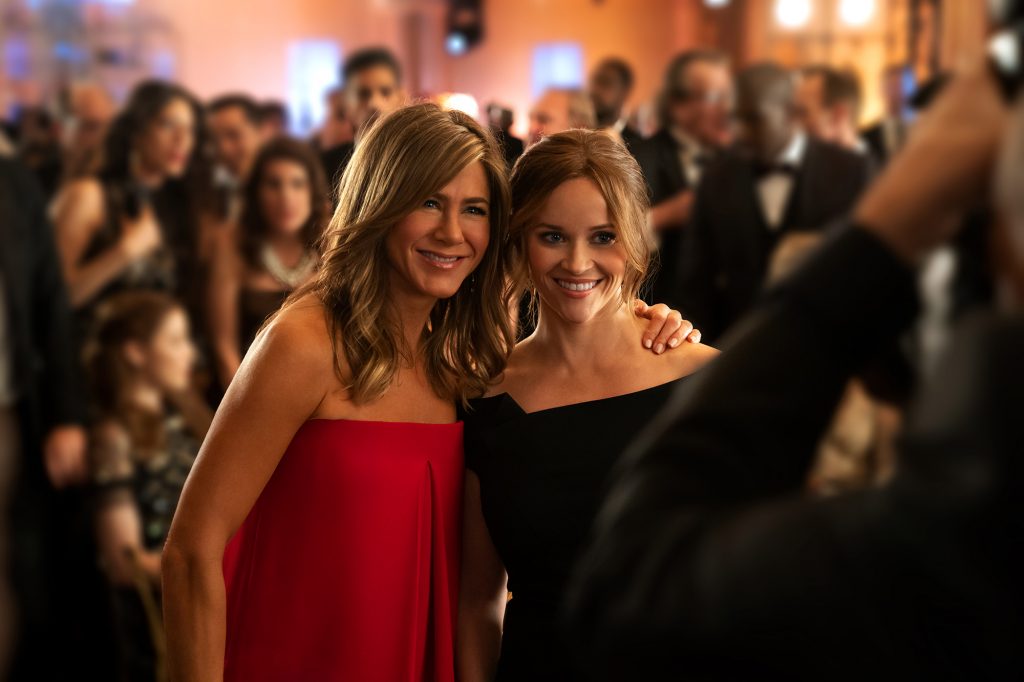 All the lukewarm Apple TV+ reviews, from ‘Morning Show’ to ‘Dickinson’

Apple might dominate the market for phones and computers, but when it comes to making TV, critics are suggesting the tech giant is a little behind the curve.

Reviews are in for all the shows leading the charge ahead of Apple TV+’s much-anticipated Friday launch, and the general consensus has been lukewarm at best. Even “The Morning Show,” the forthcoming streaming service’s timely flag-bearer starring Jennifer Aniston and Reese Witherspoon, has elicited mixed reactions.

Four series are set to premiere by week’s end, and all signs point to a slow start as Apple enters the streaming wars. But despite its flaws, some still argue there’s content worth watching in the four new shows.

Here’s what TV experts are saying, from “Dickinson” to “See.”

Feedback for the broadcast news drama, which sees Aniston’s Alex and Witherspoon’s Bradley navigate the politics of TV journalism after a Matt Lauer-esque figure (Steve Carell) is ousted from the network, has softly sung the praises of its two leads and not much else.

Entertainment Weekly called the “Friends” alum’s small-screen return “an exquisite showcase” and lauded Witherspoon’s ability to harness the power of a “‘hyper-articulate Southern firebrand’ like none other,” while pointing out Bradley’s inconsistencies as a character. According to Time, it’s “the most polished” of the service’s content so far, but still “doesn’t have the same depth or experimental spirit as the top tier of TV in 2019.”

Also joining the roast session was IndieWire, which took a “nearly everything is boring” stance, with an added, “But hey, it looks beautiful.” Meanwhile, Vanity Fair offered some hope, contending, “While the show doesn’t always work, there’s still something exciting about the trying.”

Reactions to “Dickinson,” a modernized, pseudo-biographical, ultra-feminist take on the life of poet Emily Dickinson, played by Hailee Steinfeld, were more mixed. Some accused the extravagantly costumed teen soap of being unfunny and unfocused, while others lauded it as the service’s fun and flirty diamond in the rough.

Once again, the Hollywood Reporter and Variety were not impressed, with the former dismissing the lavish semi-period piece as “bloated,” “tonally incongruous” and lacking “any definable jokes,” while the latter argued, “It wouldn’t be the least bit surprising” if Steinfeld’s young poet “emerged from her stately Amherst home in a Forever 21 shirt emblazoned with ‘#FEMINIST.’”

IndieWire somewhat agreed with comments on the show’s confusing tone but called attention to the series’ “fledgling queer romance” between Steinfeld’s and Ella Hunt’s characters, which it deemed “a large part in the overall appeal for ‘Dickinson.’”

Meanwhile, TV Line crowned the show the platform’s “one truly promising entry,” hailing it as a “devilishly clever comedy” — one of the few taglines ripe for future Apple TV+ billboard cherry-picking.

“See,” the post-apocalyptic drama starring Jason Momoa as the leader of a village of survivors who have all lost their sight after a virus wiped out much of the human population, has been largely accepted as, if nothing else, the service’s weirdest and most action-packed entry. But it’s perhaps a little too weird for mass viewing.

Variety praised the platform for daring to create a genre show not rooted in existing property — unlike Disney+’s “Star Wars” and Marvel offshoots — but generally dismissed it as “at best a fairly lazy copy of more effective genre entertainments’ tone, with messy and underbaked story filling in the gaps.” The Hollywood Reporter also dissed the project for its laughably “ridiculous performance choices” and “nonsensical plot points,” while allowing, “There might be a good show here somewhere, eventually.”

One of few champions for the dystopian epic was the Guardian, which argued that it contains enough “thrilling set-pieces, blood spattering the camera lens, to compensate for the ponderous longueur in between.”

Responses to Momoa’s leading performance were mildly positive, though his costar Sylvia Hoeks seemed to steal the show as Queen Kane, who “channels a more volatile version of the stoic certainty that made her so terrifying in ‘Blade Runner 2049,’” according to Collider.

Last and least-reviewed is “For All Mankind,” a work of historical fiction with an ensemble cast that explores what would have happened had the Soviets beat the Americans to the moon. Once again, responses were lackluster, with most agreeing that the space epic’s innovation ends with its logline.

TV Line pinned the series’ shortcomings on an excess of characters, all underdeveloped, while giving it points for a “gripping premise” and “rich period detail.” IndieWire lamented the program’s lack of imagination beyond its initial historical twist and accused its “repeated explanatory” writing of underestimating the intelligence of its audience.

One relatively strong review from Variety hailed the revisionist piece as a “workplace drama above all else, and a fairly sharp one at that,” bolstered by “a necessary shock of narrative energy” from its female astronauts. The Hollywood Reporter was slightly less enthusiastic, calling it “a solid effort at epic, alternate-history storytelling” that ultimately drags and fails to live up to its intriguing premise.

NEPA Film Festival returns this weekend
How to: Watch baseball without cable all season
Comcast launches Disney+ and ESPN+ on Xfinity
‘New Pokemon Snap’ may be just the game for this late-pandemic moment